Legislators’ Gun Week sprint is over, but the real marathon has just begun.

A House committee heard hours of powerful testimony over the past three days on gun control proposals — ranging from requiring universal background checks to a state assault weapons ban — that some Democrats hope to turn into a meaningful package in the coming weeks.

Key DFL legislators have been discussing gun control and violence prevention efforts since the mid-December shootings in Newtown, Conn.

“If they passed any of these bills, that would be a tremendous step forward because it’s been a long time that we haven’t even been allowed to talk about prevention of gun violence,” said Heather Martens, head of the anti-gun group Protect Minnesota. “We’ve seen too many years of denial.”

Urban and suburban DFLers put forward a raft of legislation for discussion in the House Public Safety Committee that would:

St. Paul Rep. Michael Paymar, who heads the House Public Safety Committee, said he called the meetings to hear from Minnesotans about their thoughts on potential gun legislation.

Paymar to work on omnibus bill

Now that the exhaustive listening sessions are over — no votes or amendments were taken — the committee will work toward an omnibus “gun-violence prevention bill,” as Paymar calls it.

“I’m tired,” he said with a laugh after the final four hours of testimony wrapped up Thursday night. “It’s been an exhausting three days, but it’s been helpful. We had some bills that were controversial, obviously, and the committee is going to have to take a good hard look at all of the bills and decide what they want to come up with.”

The proposed bans on assault weapons and high-capacity magazines were the most contentious pieces of legislation.

Paymar, who said he personally supports the bans, repeatedly declined to speculate about the final firearms proposal, which could receive a vote early next month. 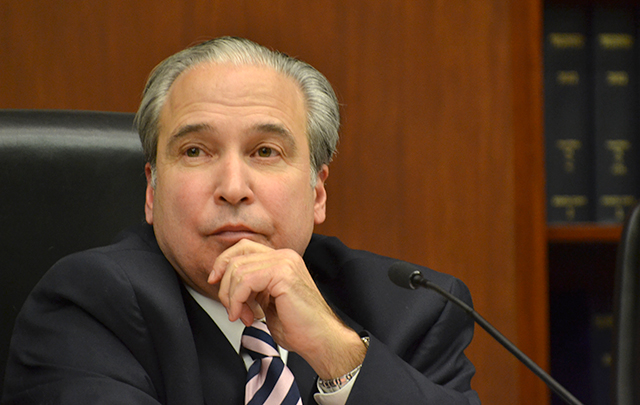 Martens said it’s likely that Paymar’s universal background check bill will “be a focus for the committee” because the concept enjoys widespread public support. “I would expect to see that.”

Some of that uncertainty involves House lawmakers waiting to see how the Senate will proceed.

The Senate Judiciary Committee will have its own, compressed Gun Week at the end of the month.

Sen. Ron Latz, chairman of the committee, said in a Thursday interview that he anticipates following the House approach in combining multiple bills into a single package. There’s no guarantee, though, that the Senate will consider identical legislation.

The St. Louis Park lawmaker also supports the ammo and weapon ban “concepts” but agreed it’s too early to know which bills will make it into that chamber’s final legislation.

Gun-rights supporters, hundreds strong, mounted an impressive show of force against the proposals this week, and they intend to continue their lobbying efforts.

“There are some legislators on every committee that it’s a waste of time to talk to. Tthere are other legislators that are already on your side and then there are those who are in the middle,” he said. “And we will be putting a tremendous effort on making sure that those in the middle understand exactly what they’re doing and what the consequences of it are going to be.” 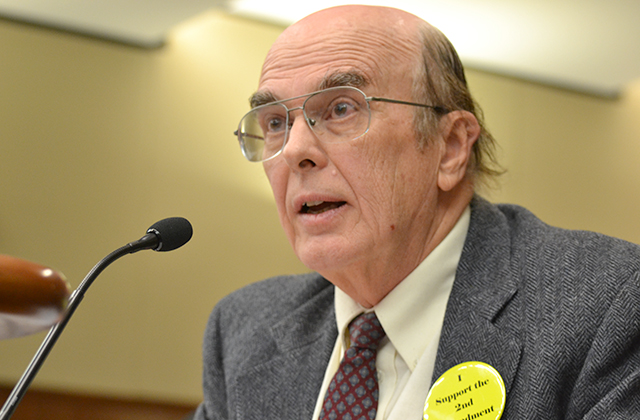 Rural Democrats appear to be key to any gun legislation’s future.

Core support for gun control measures in the House, at least, currently comes from urban and suburban Democrats, with opposition from many Republicans. If rural DFLers are absent from a vote count, the proposals likely will go nowhere.

And that appears to be the case, Capitol Chatter reports.

The assault weapons ban and restrictions on magazine size appear to be the specific proposals least likely to move forward, according to some DFL lawmakers and other observers.

“We’re willing to work on real solutions,” Chris Rager, a lobbyist for the National Rifle Association, said in an interview Thursday night. “Like what we’re hearing with these two bills tonight, there’s isn’t much support for that here in the Legislature.”

Sen. Latz hadn’t spoken to his colleagues specifically regarding the bans, but said, “It is not a surprise to me that there’s a little more concern among them.”

When Paymar adjourned the final committee meeting at 10 p.m., a line of people waiting to comment stretched up an aisle almost to the back wall.

He had repeatedly held folks to a three-minute time limit, but even after hours of testimony, the line barely seemed to shrink.

For the third straight day, the room was filled with a sea of pro-gun forces bearing yellow buttons that declared, “Self defense is a human right.”

“This is just a preview of what you’re going to see if this bill gets any legs,” one of the final folks to testify told the committee.