“A better government for a better Minnesota,” he called it. So far, officials in his administration believe they’ve delivered.

Dayton’s executive branch says it built on existing government efficiency efforts and reports achieving millions of dollars in cost savings or avoidance, reduced timelines for obtaining government services and a significantly more efficient workforce since he came to the Capitol in 2011.

“It’s really making sure that we’re providing services to Minnesota citizens in the most efficient and effective way possible,” Department of Administration Commissioner Spencer Cronk told reporters in a conference call on Friday.

The Dayton administration’s says its continuous improvement efforts have capitalized on problem-solving from the ground up to build efficiencies into hundreds of state services.

Those efficiencies have ranged from cutting the incidence of bedsores in veterans homes by half to a 40 percent reduction in the time it takes to greatly reducing procedures for determining eligibility for WorkForce Center and Dislocated Worker programs.

Taking a cue from former Gov. Tim Pawlenty’s administration, Dayton Chief of Staff Tina Smith has headed efforts to make Minnesota’s government work better for its citizens. She can list improvement initiatives aimed at curtailing health care costs and reducing the number of tests in schools.

The measures also have helped the state reduce or avoid roughly $12 million in costs.

Smith told reporters on Friday that the efforts have saved the state “in the tens and tens of millions of dollars.”

The key, she said, is working from the bottom up. As a sort of organizing technique, trained state employees engage their counterparts in discussing ground-level solutions to agency problems.

So far, about 3,500 state employees have been trained at more than 300 continuous-improvement events where they pick apart processes in their own departments to find waste and streamline procedures.

Tom Baumann, an efficiency guru in the Department of Administration who has worked on such efforts since the Pawlenty era, was one of several state employees interviewed by MinnPost last year about government efficiency efforts. 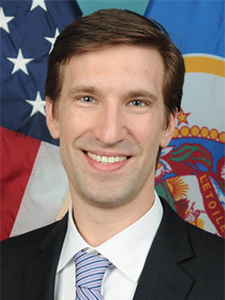 “Having been a longtime state employee, it’s very common to see a new governor come in and throw out every vestige of the previous administration,” he said. “We’re pleased by the support of this administration.”

When MinnPost spoke with Baumann last year, he had just finished working with the state Board of Psychology to reduce the time it would take for the board to evaluate and act on a complaint by half.

Carolyn Parnell, commissioner of the state’s IT services, said the Dayton administration avoided spending $19.5 million in IT seervices because of contract efficiencies.

That work is just beginning as the state’s IT services finish up a massive integration and overhaul.

“This redesign work isn’t being done by highly paid outside consultants,” Parnell said on the conference call. “We’re really drawing on what I call the brain trust of IT employees who are already working in these areas on a daily basis.”

The administration plans to continue its efforts.

Tucked into Dayton’s $37.9 billion budget, for example, are “small but strategic” investments in more staff for similar initiatives, such as funding for centralized government services for small agencies and updated IT systems for the Department of Natural Resources and the Bureau of Criminal Apprehension.

The $520,000 proposed investment in efficiency staff “are strategic investments, and they might be relatively small, compared to the larger budget, but we believe that we can leverage them in a real, meaningful way for the state of Minnesota,” Cronk said. “This administration is looking under every rock for those cost savings throughout the budget itself.”

Baumann said that people typically look for the single, big plan that’s going to solve all of the state’s problems, but that’s never the case.

“This is like Sisyphus rolling the rock up the hill,” Baumann said. “You roll it up there and it seems to roll back. And then you have to do it again, and you’re never done, but it really is … the only effective way to improve the performance of government.”