Gun-control legislation of all varieties — from an assault weapons ban to stricter background check requirements for purchasing a firearm — will be considered by the House Public Safety Committee beginning Tuesday.

Although the outcome of the legislative hearings is uncertain, the committee will hear testimony on nearly a dozen proposals aimed at reducing gun violence and keeping firearms away from juveniles and people with mental health issues.

Efforts to impose more stringent controls on firearms in Minnesota have been building since the Newtown, Conn., massacre in mid-December.

Urban and suburban Democrats in the Minnesota Legislature are mirroring a federal push to tackle gun violence, a point highlighted by President Barack Obama’s visit to Minneapolis on Monday.

Even with the DFL’s hold on the legislative and executive branches, Minnesota gun control advocates face the same kind of political difficulties as national lawmakers working to tighten firearms restrictions.

This week’s gun hearings in the House also fulfill DFL Rep. Michael Paymar’s pre-session promise to take a look at Minnesota’s gun laws. The Senate is expected to begin hearing similar legislation at the end of the month.

“It’s a shame that it takes a horrific event like Newtown to sort of get politicians moving,” Paymar said in an interview Monday, mirroring comments he made in the wake of the Connecticut school shooting.

The St. Paul Democrat, chairman of the Public Safety Committee and a longtime advocate of stricter gun laws, understands the politics of fighting against the National Rifle Association’s considerable clout, especially when it comes to the loyalties of Minnesota’s rural DFLers.

His committee will consider bills through Thursday, but Paymar said no votes or amendments would be taken this week.

After hearing public testimony, he hopes to combine measures that could conceivably pass through the Legislature into one “gun-violence prevention bill.” 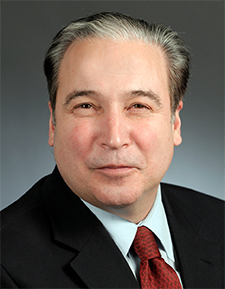 “I really do want something to pass,” Paymar said. “I think it would be a disservice to the committee to have gone through all this work and not get something passed, and I think Minnesotans want something.”

Minnesotans on both sides of the issue are planning a show of force from their supporters.

Hennepin County Sheriff Rich Stanek, representatives from the state chapter of the National Alliance on Mental Illness and the Minnesota Psychological Association, as well as a number of police chiefs were scheduled to testify in favor of the measures on Tuesday.

Joseph Olson, a notable “pro-gun” law professor at Hamline University, and Chris Rager, a NRA lobbyist, are signed up to oppose the proposals, a committee staffer said.

Here’s a quick look at several legislative proposals, plus an accompanying chart that summarizes all the current bills and provides detailed links:

It also would extend checks to Internet and private sales, excluding those made between family members. It would require unlicensed sellers to run their transactions through federally licensed firearms dealers in order to obtain background checks.

“A lot of the dealers at gun shows are licensed and they go through this process. But there’s no requirement that you be a licensed dealer, and so some of the unlicensed dealers — you can buy a pistol or a semiautomatic weapon from them and not get a background check. And I think that’s wrong,” he  said. “I think most Minnesotans think that that is wrong and this bill has an incredible amount of support.”

• A bill from freshman Rep. Dan Schoen would require certain gun applicants who have had run-ins with local police to provide documentation from a doctor or mental health professional affirming they aren’t violent or don’t have a mental disorder or chemical dependence problem.

The chief of police or sheriff issuing a permit to purchase or carry a firearm would have to take the letter into consideration when deciding whether to grant the permit.

“It gives the local chief the authority to make sure people get services they need,” said Schoen, a police officer from St. Paul Park.

• A pair of bills from Rep. Jim Davnie would equalize penalties for carrying a firearm in a school or a business that prohibits guns.

Under current state law, people licensed to carry firearms in Minnesota would receive a misdemeanor for bringing a gun into a school, while the rest of the public would be on the hook for a felony for the same offense. 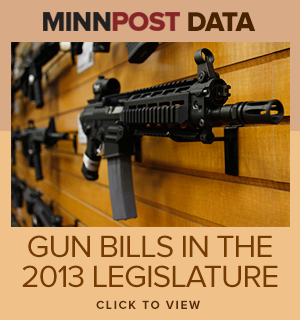 “What, in a common-sense, rational world, can be the objection to saying, ‘You and I get treated the same in court if we break the same law?” asked Davnie, a Democrat from Minneapolis. “Usually when we educate and license people, we expect more of them, not less — except in this area, where we flip that on its head.”

• Another pair of bills from Rep. Alice Hausman would ban assault weapons and high-capacity magazines in Minnesota.

One bill would require current assault weapon owners to remove the firearms from Minnesota, turn them over to law enforcement, render them inoperable or, in some cases, register the weapons — if eligible. (Those cases would involve citizens who legally owned assault weapons before Feb. 1, 2013, who would register them with the government and go through a background check to keep them.)

The other piece of legislation would restrict magazine capacity to 10 rounds.

• Rep. John Lesch’s proposal would keep guns out of the hands of juveniles who have multiple convictions.

It also would allow Minnesota prosecutors to go after ammunition possession and keep firearms away from those who go to a private mental health facility, rather than be committed by the state.

• A bill from Rep. Erik Simonson would require ordinary citizens to obtain a permit to purchase body armor.

“If you want to have it for your own private use, let’s make sure that criminals aren’t purchasing body armor,” said Schoen, a co-author. “It’s a pretty big indication that somebody’s up to something nefarious.”

Paymar acknowledges that each measure will have a different level of support when lawmakers are ready to craft a larger gun-control package.

Hausman and Schoen, for instance, said it’s very unlikely Democrats will be able to make a credible move toward banning assault weapons and high-capacity magazines.

Proposals to require stricter background and mental health checks, though, may be included in Paymar’s omnibus bill and garner more support.

“I’m going to be honest. Are we likely to pass legislation that’s going to be an all-out ban? No, I don’t think so,” said Schoen, a member of the Public Safety Committee. “I think what we’re going to do is we’re going to have a common-sense, rational conversation about what is it that Minnesotans want out of what we’re trying to do here.”

Paymar is unwilling at this point to single out bills that he would support, and he declined to speculate on what measures might get to Gov. Mark Dayton’s desk.

But proponents of individual bills — even if they believe a measure is common sense — see the NRA and the gun lobby as powerful opponents.

“You’d be surprised. They get riled, they’ll say, ‘You’re trying to take my guns away,’ because … they think it’s a threat to the Second Amendment,” said Lesch, a prosecutor from St. Paul. “So many of them are riled up on a macro level and unable to see the reasonableness of proposals on a micro level.”

It’s unclear, too, what measures the governor would support.

Lawmakers stressed that preventing gun violence will likely come as part of a broader swath of legislation that expands access to mental health services and school-based initiatives. Those bills, which won’t be heard in the Public Safety Committee this week, complement gun control measures.

Paymar said he hopes Obama makes headway on the federal level, although he didn’t appear optimistic. He said he’d be glad to drop efforts in Minnesota if national laws were enacted.

But that doesn’t mean Paymar wants to back down. He called on rural DFLers — perhaps the biggest hurdle to a serious overhaul — to join the corps of urban lawmakers supporting gun restrictions and urged them to ignore the NRA’s “bluster.”

“It’s a little overwhelming. The issue has obviously raised a lot of controversy, but I didn’t run for election to just sit here and occupy space,” Paymar said.

“I think we need stronger gun control, and I think we need a broad approach to public safety in our state, and I’m willing to take a stand on it and let the chips fall where they may.”