A high school class touring the Capitol made a recent “civics stop” to watch government at work at a committee meeting involving the Health department.

Folks weren’t paying attention that closely through much of the routine hearing until, suddenly, talk turned to pulling teeth from bodies of those who were about to be cremated.

Here was a subject that caught the attention of the students — and everyone else in the room.

Among other things, the subject showed that there’s almost no issue that doesn’t come before the Legislature sometime. And, as it turns out, there’s almost no subject that isn’t filled with layers of conflicts and complexities.

Why should the filled teeth of the dead be pulled before being cremated?

According to some studies, about 3 percent of the state’s air-born mercury pollution comes from cremations. Compared with the mercury coming from coal-fired power plants (43 percent) and taconite mining (22 per cent), the cremation percentage is a small amount.

Still, if the filled teeth were removed from bodies before cremation, there’s a belief that the mercury emissions from crematoriums could be almost entirely solved.

So why not yank away?

“Most realize we’re talking about people who are kind of dead already,’’ said Sen. John Marty, DFL-Roseville, who years ago attempted to pass a law requiring filled teeth to be pulled before cremation.

But it turns out, solving a mercury emission problem from crematoriums is as tough as pulling teeth.

The industry lobbyists fight it, saying it would be costly and time consuming. And issues of “dignity of the dead” arise.  Religious issues also get tossed into the mix.

Back up and consider the big-picture mercury problem, which came to a head in 2005 and 2006.

“We tend to be a reactive body,” said Hortman.

By that, she means that legislators tend to react more to the demands of the populace rather than take the lead on issues.

And by 2005, all sorts of organizations — from conservation groups to immigrant organizations to those concerned with the health of pregnant women and the babies they were carrying — were rallying against mercury. What also stirred the populace was the simple reality that fish advisories were being placed on even the most remote Boundary Waters lakes, warning the public, especially pregnant women, to restrict the consumption of fish.

Hortman, Marty and others moved rapidly (by legislative standards), writing and passing the Mercury Emissions Reduction Act. The bottom-line goal of the act was to eliminate mercury emissions by 2025.

Gov. Tim Pawlenty, who was then in the “green” stage of his career, gladly signed the bill into law.

“I still use the picture of Gov. Pawlenty standing with me at the bill-signing in my campaign literature,” said Hortman.

Reductions in mercury emissions have been dramatic, though certainly not complete. Mercury has been banned from use in thermometers and electric switches. Every little bit helps because a tiny drop of mercury is enough to create a fish advisory in a small lake.

Every year, about 39,000 people in Minnesota die. Roughly half of those are cremated, a huge increase in recent years.

So why not yank the filled teeth of those being cremated?

Already, pacemakers are removed from bodies before cremation because it turns out that pacemakers can create small explosions in the cremation process that damage crematorium tiles.

But, unlike teeth, pacemakers are simple to remove, according to the Cremation Society of Minnesota’s Kevin Waterston, who lobbies on behalf of the cremation business as well as other mortuary services. Pacemakers, he explained, are small and just beneath the surface of the skin. With just a couple of snips, the pacemaker can be removed.

Teeth, however, are a much bigger problem. Rigor mortis, in the hours immediately following death, makes getting at teeth difficult. If a body is to be displayed at a funeral before cremation, removal of teeth can deform the face. 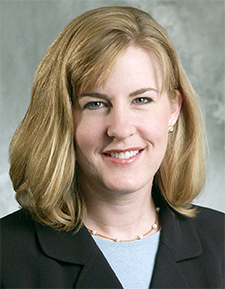 Add to this other political factors. Some legislators think the state already has too many regulations. Others don’t like to talk about the subject of body disposal.

“It freaks people out,” said Marty, who years ago went so far as to tour a dental lab at the University of Minnesota where cadavers are used to study the mercury problem.

“Memorable,” said Marty of that tour.

There’s also the belief that the use of mercury in fillings — which already is banned in many nations, though not in the U.S. — is a diminishing problem because growing numbers of people are insisting their dentists not use the traditional amalgam, which includes mercury, in filling teeth. (Mercury has been used because of its flexibility and durability, but other composites used for fillings are improving, according to most reports.)

Beyond that, cremation — despite its growing popularity — may soon be yesterday’s body disposal technique.

There are “green” forms of body disposal (using everything from deep freezing to chemicals) that may end up as the common practice.

Among some environmentalists, mercury emissions aren’t the only problem with cremation. The carbon footprint is also large. The energy used to cremate a body, according to a study in Europe, is about the amount of energy used by a living individual in a month.

Bottom line: The difficulties surrounding what would seem a simple problem to solve just become too time-consuming for legislators to deal with, even though people such as Marty and Hortman still believe regulation would be worthwhile.

“It shouldn’t be that hard to pass [teeth-pulling] requirements,” said Hortman. “The problem is mercury emissions. We should do everything we can to solve that problem.”

Given the political obstacles, what apparently lies ahead for the teeth-pulling issue is a study that will be conducted by the Pollution Control Agency, the University of Minnesota’s schools of dentistry and mortuary science.

Meantime, legislators such as Hortman will continue to bring up the subject at other committee hearings.

Laughing, Hortman said when she last brought up the subject this session, she received a text message from one of her colleagues on the committee.

The text read: “Are we going to take on the issue of Viagra in our water next?”