Several decades ago, 7Up gave the world the “UnCola.” Gov. Mark Dayton would like to give Minnesota the “UnSession.”

In his State of the State Address, the DFL governor talked about his administration’s efforts to streamline state government and declared, “We’re not done reforming.” He challenged lawmakers to join in the reform effort by restricting the passage of new legislation in even-year legislative sessions.

Other than responding to emergencies and passing a bonding bill, Dayton said, even-year sessions should be devoted to “eliminating unnecessary or redundant laws, rules and regulations” and otherwise making state government more efficient.

Dayton’s concept is in keeping with the intent of the legislators who championed the constitutional amendment allowing the Legislature to meet annually. That amendment was approved by the Legislature in 1971 and ratified by the voters a year later.

Called “the Flexible Annual Session Amendment” (PDF),  it envisioned lawmakers adopting a two-year state budget and doing the bulk of their work in odd-numbered years. But it allowed them to return to St. Paul in the even-numbered years to correct errors, respond to emergencies and exercise oversight over how their laws were being implemented.

So much for legislative intent.

The even-year session quickly morphed into a repeat of the odd-year session, with lawmakers passing more bills and even spending more money when the state appeared to be running a surplus. In recent times, the Legislature actually has enacted more laws in the second year of the biennium than it has in the first.

Worst of all, the amendment forced the exodus of a number of talented legislators who had careers and families, and could not afford to sacrifice the money and time required by annual sessions. The measure has led to the election of more members who see the Legislature as a full-time job and eroded the concept of the “citizen Legislature.” 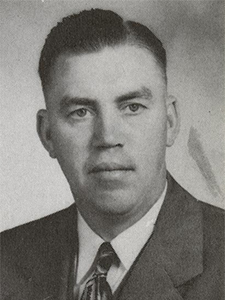 Shortly after the amendment was approved, I was talking with Sen. Stanley Holmquist, then the Senate majority leader. He was so enthusiastic about the idea that he said he would like the constitutional change to be remembered as the “Holmquist Amendment.”

Several decades later, I encountered the courtly conservative at a social gathering and asked if he still was enamored of the amendment. “Good idea – poor implementation,” replied Holmquist, who retired a year after the measure’s approval.

The idea for annual legislative sessions was promoted across the nation in the 1960s and ’70s by a group called the Citizens Conference on State Legislatures. With the help of a major grant from the Ford Foundation, it produced a 1971 report called “The Sometimes Governments” that evaluated all 50 legislatures.

While ranking the Minnesota Legislature 10th among the 50, the group faulted the Minnesota body for not meeting annually, paying inadequate salaries and having insufficient support staff.

In 1972, the Twin Cities Citizens League, a nonpartisan public policy group, completed a study of state government (PDF) and also endorsed the idea of annual sessions.

Dayton is not the first governor to want to rein in legislative activity during even-numbered years. Indeed, in 2001, Gov. Jesse Ventura called for a constitutional amendment to return to biennial sessions.

One legislative veteran suggested that Dayton’s proposal “is the governor’s romantic dream of having one year with no legislators nipping at his butt.  Every governor has that dream.”

An idea worth exploring?

However, some observers believe it is an idea worth exploring. Former House Speaker Robert Vanasek, a DFL legislator for 20 years and more recently a lobbyist, says he was “surprised and intrigued” by the Dayton proposal.

“I think there was more legislative oversight in the early years after the annual session amendment was passed,” Vanasek says. “But on the whole, it never fulfilled the original intent.”

Vanasek believes the problem is that the governor and legislative leaders never agreed on ground rules for the new, even-year session when it began in 1974. “Once they started doing it the way they do, it’s very hard to change,” he says.

The major reason, no doubt, is that legislative candidates most often campaign for election on the laws and programs they want to enact, not the existing ones they want to eliminate or streamline.

They also are compensated, in part, on how often they meet. In addition to their annual salary of $31,140, senators are paid $86 a day and House members $66 a day when the two houses are in session, as well as for the days they attend committee meetings between sessions. 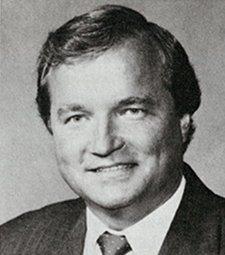 Not only has the annual session amendment resulted in more full-time legislators and an expanded staff. It also has been a full employment act for the corps of lobbyists who work the corridors of the Capitol.

A veteran legislative researcher believes executive branch agencies bear some of the blame for the increased legislative activity, showing up every session with a multitude of department bills to tinker with the laws they administer. “They generate a significant amount of work for the Legislature.”

Vanasek agrees that state agencies are partly to blame, but says Dayton might be able to set a new direction for the Legislature.

“If the governor follows through next year and says, ‘I only want a bonding bill. I don’t want any other bills. I want you focusing on unnecessary laws and regulations – and here’s a list of places to start,” he could set the stage for a different kind of session,” Vanasek says.