Sometimes it’s hard to tell whether politicians are trying to be serious or funny.

For example, Wednesday afternoon the House Taxes Committee gathered to discuss two headliner Minnesota institutions, the Mayo Clinic and the Vikings. Both the Vikes and Mayo have made veiled threats about leaving the state, unless they receive large amounts of public money.

Mayo’s threat came on Tuesday, when Dr. John Noseworthy, president and CEO of Mayo, went to Washington, D.C., and told the National Press Club that 49 other states would be eager to have the $3 billion expansion that Mayo has planned for Rochester.

The expansion just might go somewhere else, Noseworthy and other officials said, if Mayo doesn’t get $500 million from the state for infrastructure upgrades in Rochester.

At the tax meeting, some Minnesota legislators expressed how miffed they are about the Noseworthy threat.

But Noseworthy wasn’t at the committee meeting to hear the anger. Lesser Mayo officials were. And that’s where it got sort of amusing.

No matter what Noseworthy says, by the way, it’s pretty obvious Mayo isn’t going to get everything it publicly is seeking. Not this year at least.

Rep. Ann Lenczewski, DFL-Bloomington, head of the taxes committee, is meeting with Mayo and Rochester officials and is expected to offer up a “downsized’’ version of the Mayo plan next week.

Lenczewski isn’t just working on the Mayo project. She’s also attempting to salvage the scheme that was supposed to fund the state’s portion of construction of the Vikings’ stadium.

Given that Lenczewski never has been a big friend of public funding for pro sports teams — she opposed the Vikings stadium plan — it seemed surprising that she offered a proposal that would back up the failing electronic pulltab plan.

But Lenczewski said the Legislature must act “responsibly’’ this session to come up with a plan to back-up electronic pulltabs, given that receipts from those devices are running a mere 95  percent below expectations at this point.

Under her plan, which does not have the support of the Vikings or any of the other pro teams, the state would slap a sales tax on private suites at the new stadium. More importantly, it would place a 10 percent tax on all pro sports memorabilia. (College sports memorabilia would be excluded.)

Her plan is projected to come up with about $12 million a year, although right now the phrases  “projected revenue” and “Viking stadium’’ don’t have much Capitol cred.

Lenczewski’s proposal created some funny reactions in the committee.

Rep. Kurt Zellers, R-Maple Grove, explained why he was opposed to the sales tax on things like jerseys. It’s because of the children, he explained, with a straight face.

He said that he would advise all the mothers and fathers and grandparents of the state to buy their children “a jersey this year because next year you won’t be able to afford it.’’

Could Zellers be serious? An official Vikings, Twins, Wild or Timberwolves team jersey, so important to the well-being of our children, cost more than $100. Suddenly, $110 is going to make such a necessity unaffordable?

Rep. Greg Davids, R-Preston, did seem to find a little humor in the memorabilia tax, though he opposes it on principle. He doesn’t believe it’s right for the T-Wolves, Twins or Wild to have to subsidize the Vikings.

(Other legislators were quick to point out that all of those franchises have not been shy of coming to the Legislature with their hands out and will certainly be back in the future.)

“Would a Packer fans who buys a Packer jersey in Minnesota be subsidizing the Vikings?’’ Davids asked.

“Might have to think about this,’’ said Davids, laughing.

Lenczewski did get pats on the back from some of her colleagues, including a strange one from Rep. Steve Drazkowski, R-Mazeppa. He said Lenczewski deserved credit for “at least admitting’’ that the stadium funding plan had been a bad one. It apparently had slipped his mind that she’d been an opponent of the plan.

Benson said that it was “a huge credit’’ to Lenczewski that she was “stepping up to fix the problem. Sometimes you have to step up and clean up the mess.’’ 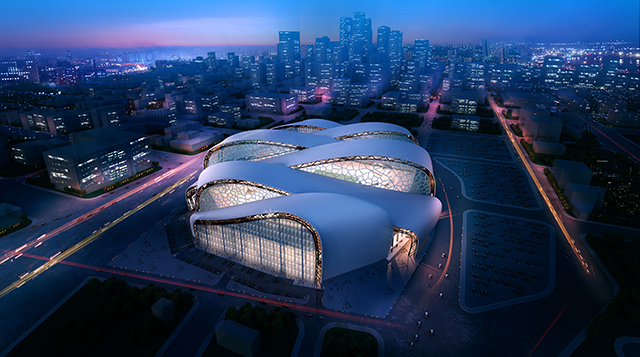 There are other proposals floating around for “fixing’’ the stadium funding problem.

None of those options seem probable. Lenczewski’s seems to have a chance at passage.

He compared fans to anglers, who last year came to the Capitol asking for fishing license fees to be raised to improve the quality of Minnesota fishing. And he compared the fans to people who supported the Legacy amendment, voting for a tax increase to improve the state’s quality of life.

“Those who benefit [from pro sports] should pay,’’ Lillie said. “Minnesotans will get it.’’

He turned to Zellers.

“I will bet your son will still have a jersey; your daughter, too, I hope,’’ Lillie said.