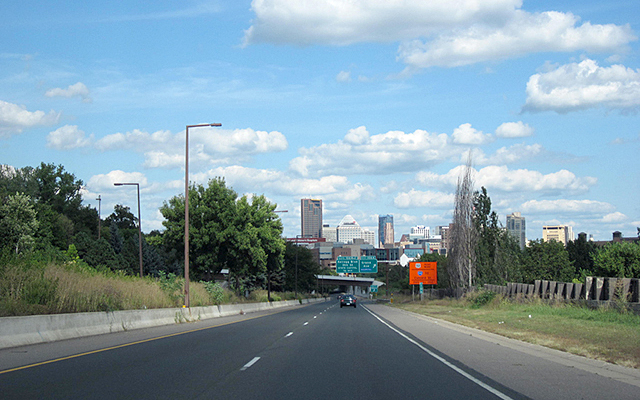 Creative Commons/Doug KerrWith the help of the federal courts, I-35E finally was connected from the southern split off I-35 to I-94 and, indirectly to the portion of I-35E that goes north out of St. Paul.

That chunk of I-35E, which has been slowing down drivers for years, almost brought the Minnesota Senate to a halt on Tuesday.

For years, many senators have bristled over the 45-mph speed limit on the so-called “parkway” portion of the interstate that runs from the West Seventh neighborhoods of St. Paul into downtown.

“It’s not hospitable,” said Sen. Dan Hall, R-Burnsville,  in trying to describe — with some sound effects — how drivers react when suddenly confronted with the lower speed limit after  moving along at 55 mph.

With a GOP-inspired amendment to the omnibus transportation bill, the Senate, on a 34-33 vote, came up with a plan proponents think will be applauded by many drivers who’ve been nabbed for speeding on the roadway.

If nothing else, the amendment shows that weird stuff happens when law is being made.

Assuming the amendment is approved in conference committee and survives federal court muster, drivers who are stopped for being 10 miles an hour or less over the speed limit still would be fined, but the speeding violation would not appear on their driving record.

Passage of the amendment, which was created on the fly by Sen. Dave Senjem, R-Rochester, came after an amendment by Hall, which would simply have raised the speed limit, failed on a close vote.

The one-two punch of the amendments created some of the most entertaining debates of the session.

The debates featured passion, punch lines, laughs and lectures on the legalities of whether the Legislature has any constitutional right to change anything about the rules that govern this unique section of roadway.

“Just relax and smell the flowers,” Sen. Sandy Pappas, DFL-St. Paul, implored her colleagues at one point. “I guarantee you, we end up in court over this. This is not a smart amendment. Take a deep breath. Let it go.”

“Next time I’m driving, I’ll smell the flowers,” he said.

This brought laughter because Westrom is blind.

As for Pappas’ advice to “let it go,” once the senators got their teeth into this minuscule portion of a huge bill, there was no letting go.

The low-speed (and no trucks) portion of the interstate was the result of a compromise that finally ended a long, contentious battle over whether the section of road should be built and whether 35E should be connected to I-94. 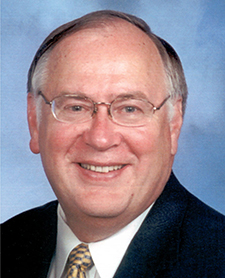 For almost two decades, people and some of the enterprises in the neighborhood fought the construction of the road, claiming that it would raise both environmental and safety issues.

In the end, with the help of the federal courts, the low-speed, lots-of-flowers compromise was reached and I-35E finally was connected from the southern split off I-35 to I-94 and, indirectly to the portion of I-35E that goes north out of St. Paul.

Over and over, Sen. Dick Cohen, DFL-St. Paul, tried to tell his Senate colleagues that they could not legislate changes in a federal court decree.

Cohen’s argument seemed to prevail on Hall’s amendment, which would have changed the speed limit.

But then, Senjem, chuckling, came up with his little jewel, the amendment that would take away the threat of a speeding violation ending up on someone’s driving record.

“Congratulations,” he said to Senjem. “This is one of the single-most creative amendments I’ve ever seen. It has to be in the top five of the last decade. But I have to ask you to vote ‘No.’ … It circumvents a federal court order.”

That brought Senjem to his feet.

“I’d ask for all non-lawyers to vote for the amendment,” he said.

There was laughter in the chamber. A number of senators rose to say that the Senjem amendment represented a brilliant compromise.

The clock kept ticking. The bulk of the massive transportation bill remained untouched.

Nobody cared. There was talk of how St. Paul had held drivers on that section of roadway “hostage” long enough.

There were testier political shots.

Sen. Julianne Ortman, R-Chanhassen, suggested that if Attorney General Lori Swanson had the best interests of Minnesotans in mind, she would have taken the feds to court contesting the restrictions long ago.

Sen. Sean Nienow, R-Cambridge, managed to get in a dig at St. Paul and Minneapolis for being sanctuary cities. (By Nienow’s thinking, the cities can’t have it both ways. St. Paul should not try to hold onto the 45 mph speed limit by citing federal law, while at the same time ignoring federal immigration policies.)

It was Sen. Bill Ingebrigtsen, R-Alexandria, who probably provided the clincher on passing the amendment.

A retired county sheriff, Ingebrigtsen said that officers who patrol the roadway would “have no problem” with the change.

In fact, he said, by removing the long-term cost that comes with a speeding violation on a driver’s record, the amendment would make the work of officer’s easier because those ticketed for driving between 45 and 55 would feel as if they were “getting a break.”

“This is a real good amendment,” Ingebrigtsen said.

That may or may not be the case, but there was no one more surprised than Senjem when it passed.