In a messy session Monday, Senate Democrats finally passed their tax bill with nearly $2 billion in revenue hikes, but not before giving Republicans enough political fodder to last for the foreseeable future.

GOP lawmakers hammered Democrats throughout the hours-long tax debate for spreading tax hikes to lower- and middle-income Minnesotans as well as the rich to pay for wasteful government spending.

Republicans cast the bill — which includes new taxes on clothing, sports memorabilia and consumer services — as a far cry from the “tax the rich” slogan that Democrats used to sweep into office.

The measure includes roughly $1.1 billion in a third-tier income tax hike, which would target individual filers at $79,000 a year and joint filers at $140,000 a year. It also calls for $360 million in new taxes on cigarettes and expands the sales tax to clothes and consumer services.

The Senates package, however, would reach down to at least the top 6 percent of earners in the state.

“This is a fundamentally dishonest bill. It’s shameful,” Senate Minority Leader David Hann told his colleagues on the chamber floor. “This is not a tax on the rich. It’s a tax on everybody.”

Not only did DFLers offer a muted defense of the bill, but they failed to pass it on the first try.

It went down when too few politically at-risk Democrats offered their support before the vote board was mistakenly closed.

The measure failed 32-34 because a group of Republicans pretended to support it, giving a group of seven Democrats what they thought was the political cover to vote against the bill. Several GOP members, who originally cast “green” yes votes, later switched their votes to red before the final tally.

Senate President Sandy Pappas closed the vote before she realized the mistake, stumbled over the vote count and forlornly called out the total. 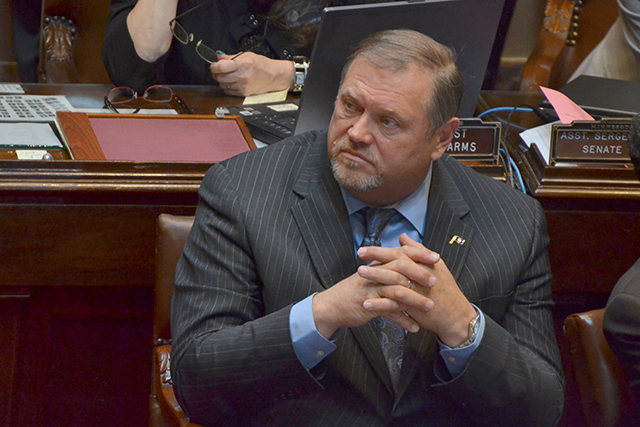 Democrats had to take an emergency break — and rush into a back room — to wrangle two more “yes” votes out of their caucus to add to Sen. Ann Rest’s vote, which had gone uncounted because she was waiting for the correct total.

GOP members took a break from flaying the bill’s tax increases to argue gleefully that this was a tax bill that not even Democrats could support.

During debate, Republicans urged lawmakers to send the bill back to committee to be re-worked.

“I haven’t heard much from the other side,” Hann said shortly before the vote. “I’ve not heard much defense of this bill.”

But that was before Democrats crashed and burned.

As Senate Majority Leader Tom Bakk later explained it, two more Democrats volunteered to put their votes toward the tax package,allowing the DFL to pass the bill 35-31.

Afterward, Hann went back on the attack.

“The first vote was the vote where the DFL members voted their conscience, they voted their district, they voted the merits of the bill, and it failed,” he said. “Then they went in the back room and the DFL party bosses cracked the whip, changed a few votes, and they took the vote the party wanted them to take, and they passed their bill.” 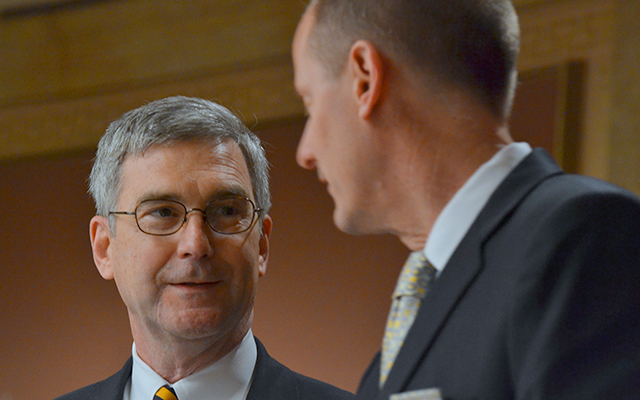 MinnPost photo by James NordSenate Minority Leader David Hann: “I haven’t heard much from the other side. I’ve not heard much defense of this bill.”

Bakk, however, seemed relatively calm after the trying day, chalking the whole thing up to Republican “shenanigans” and “trickery.”

He said the two DFLers who switched votes – Sens. Greg Clausen and John Hoffman –volunteered and that the leaders didn’t twist arms or offer concessions.

“It was some shenanigans being played, but when you’re in the minority, that’s kind of about as fun as it gets,” Bakk said. “We’re in charge, and it’s our job to pass them [the tax increases] and we did that.”

The House already has passed its tax bill, which includes more than $2.5 billion in new revenue.

Bakk shrugged off implications that many lawmakers are trying to get off the hook, noting that revenue increases are difficult to pass.

“That’s always true for tax bills,” Bakk said. “This is not unusual.”