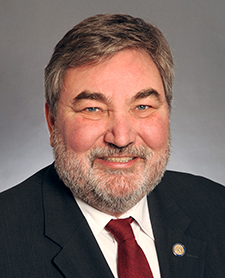 Minnesotans are learning again that DFLers refuse to march to the beat of a single drummer.

The most recent drum roll has come out of the Senate.

Rod Skoe, who heads the tax committee, and Ann Rest, who was charged with coming up with reforms, unveiled a plan to fundamentally alter the sales tax in the state.

Under the plan, the rate would be lowered (from 6.875 percent to 6 percent) and the base broadened to include clothing and a wide array of personal services, ranging from haircuts to car repair to tattoos.

Likely, some of this sounds familiar, because at the opening of the session, much of the Senate plan was being pushed by Dayton.

But what this proposal does NOT include are the business-to-business sales taxes that created roars of disapproval from the business community. The tumult and shouting was so great that in a matter of weeks, Dayton backed off a plan that his administration had worked on for more than a year.

So is Dayton happy that part of his sales tax reform is coming back through the Senate?

Remember, this is the DFL we’re talking about — of course, the governor’s not happy.

“The governor isn’t interested in that proposal” was the terse statement from his office.  “He supports his tax bill.”

What of DFLers in the House? What do they think of the Rest/Skoe plan?

Not much. House DFLers have no intention of coming up with a matching piece of reform.

This sales tax plan isn’t the only place where DFLers disagree.

DFL legislators, especially those involved in transportation issues, are upset by the governor’s refusal to consider an increase in the gas tax. Without that increase, expectations for transit projects and rebuilding highway infrastructure across the state are on hold.

Sen. Scott Dibble, who heads the Senate transportation committee, showed his unhappiness with the governor’s stand at a committee hearing Wednesday evening. Barely hiding his contempt, Dibble announced that his committee would hold off on voting on what he described as “a status quo [transportation] bill.”

The disgust of the committee was underscored by a line of testifiers, who praised the foresight and hard work of the transportation committee but then noted what a shame it was that their good work was being undermined by lack of funding support.

That DFLers seem to be headed in all sorts of different directions fairly late in the session comes as a surprise to some.

“I wouldn’t be surprised [by the differences] if this was Feb. 11 and not April 11,” said Sen. Dave Thompson, R-Lakeville. “But it is late.”

Thompson opposes the sales tax reform plan, although he takes great pains to point out that he has nothing but respect for Rest.

“Let me defend her,” said Thompson. “She’s one of the smartest people over here. I do believe she is trying to change things for the better.”

But it’s the DFL leadership that Thompson says he doesn’t trust. He believes that anything that DFLers call “reform” is actually a way “to take money from hard-working people and grow government.”

Rest claims that her tax reform plan is pretty close to revenue-neutral. Like the governor’s office used to say, she says the reform reflects a contemporary, service-based economy.

There would be winners and losers under the plan. 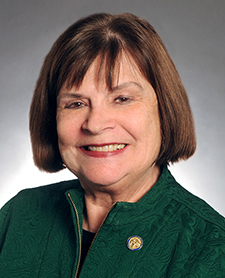 Aha, you say, what if the locals just use up the money they gain from not having to pay sales taxes without lowering the rates?

Rest’s proposal covers that possibility, too. If at least 75 percent of the total money saved by the locals doesn’t end up in property tax reduction, Rest says the Legislature will slap a cap on local property tax levies, a threat that causes great angst and fear among the local pols.

The plan would create a tax credit to help low-income families deal with the regressive nature of a sales tax on clothing.

Not all of the Rest reform involves the sales tax. There’d be a drop in the corporate income tax rate from 9.8 to 9 percent, offset by the closing of some corporate tax loopholes.

But without support from the governor or their House colleagues, is the Senate plan anything more than a trial balloon?

“I did not do all of this work as some sort of exercise,” Rest said.

The plan, she believes will make it out of the Senate and end up in a House-Senate conference committee.

All rightSenate leaders are elated with the plan — and appear unconcerned with what either the governor or the House thinks.

Senate Majority Leader Tom Bakk, who in previous years had been tax committee chair, was slapping Skoe, the current tax chair, on the back Thursday.

“Now this is one gutsy tax chair,” Bakk said of Skoe.

Meanwhile, Skoe was not only praising Rest but wishing that Dayton hadn’t been so quick to give up on his tax reform proposals.

“After the governor pulled his sales tax proposal, it made reform harder to talk about,” Skoe said. “But we want to keep that discussion going and see where it goes. Both Sen. Rest and I have been around here long enough to know that it’s important to keep the discussion going.”

But both also have been around long enough to know that reform – even reform the governor once seemed to embrace – is an uphill push. But it’s a push they claim they’re willing to make.