Minnesota consumer protection advocates are making headway on two issues at the Legislature this session.

One bill, signed into law in mid-April by Gov. Mark Dayton, closes a loophole that was allowing companies to scam people when they were doing loan modifications, according to Ron Elwood of the Legal Services Advocacy Project.

The other measure, moving forward with bipartisan support, would close a loophole that takes unfair advantages of consumers who are trying to do debt settlements.

Despite those successes, advocates have not made any progress this session on legislation that would toughen regulations addressing payday loans.

“There’s been no bills, no nothing on payday lending this year,” Elwood said, noting that future legislative plans would not be addressed until after this year’s session.

“The Himalayas have yet to be climbed in the last four weeks [of session] here, so I’m not thinking about Mount Olympus next year,” he joked.

Sen. Kevin Dahle and Sen. John Marty, both Democrats, have supported or sponsored legislation to regulate predatory lending in the past, but it’s not clear if either will do so next session.

Dahle previously sponsored legislation to limit the number of times in a row someone can use a payday loan. His legislation also would cap interest rates that providers can charge.

Both Marty and Dahle noted how difficult it is to pass such legislation, which has been documented in the MinnPost “Lending Trap” series. The two legislators blame the powerful payday lender lobby for blocking their efforts. 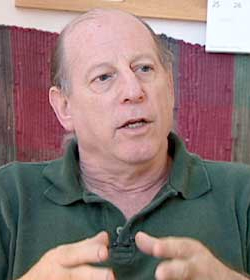 Sen. Jim Metzen, who chairs the Senate Commerce Committee, agrees that payday lending issues won’t come up this year at the state level.

Metzen noted, though, that Commerce Commissioner Mike Rothman has been working on the issue.

The feds, too, have started looked at the issue, which MinnPost’s Sharon Schmickle detailed on Wednesday.

Elwood also cited the small number of consumer protection advocates active at the Capitol, which, he said, makes it harder to combat such big spenders as Payday America, the largest and most profitable lender.

One other area lawmakers have focused on this session is increased regulations on transactions that use car deeds as collateral.