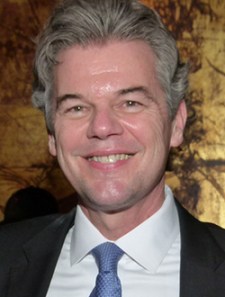 As of today, Jim Graves is going to indefinitely suspend his campaign for Congress from the 6th District.

Translation: He is not running. He is dropping out of politics to concentrate on his family and his business.

Later this morning he will circulate a press release to this effect. But he says he will not take questions about it today, nor is he particularly interested in hearing from various Democrats who might want to talk him into changing his mind. In fact, his plan is to give no interviews for a month so the spotlight can shift to others who want to enter the race from which he is withdrawing.

Except one interview. Graves kindly reached out to me Thursday night to offer a brief interview and agreed that MinnPost could break the story this morning, a short time before his official statement is released. Here is what he told me:

“Basically, after all that’s gone on, and with Michele Bachmann now stepping down, I’ve been talking to my friends and family and frankly, the feeling is, ‘Mission Accomplished.’ She wasn’t representing the people of the 6th District appropriately, and now she won’t be representing them. There’s no way anyone could run and win who would be worse than Michele Bachmann. So we accomplished that task.”

I asked Graves if he was claiming credit for ending Bachmann’s political career, but he demurred. “I don’t know everything that went into her decision,” he said. “Clearly, it was going to be a competitive race. All through Memorial Day weekend, she was in the district, working the crowds. Obviously something happened to cause her to believe that she shouldn’t run again. We’re very happy she dropped out. The country can do better.”

As for his own future, he declined to make an absolute Shermanesque commitment never to run for office again, but he has no such plans.

“I’m not a politician; I’m a business guy,” he said. “Now there are zero things on my agenda that I feel a need to do in public life.”

Opposite of Bachmann’s approach

Graves said he entered his brief political fling hoping to emphasize three or four qualities and ideas that he felt were the opposite of Bachmann’s approach. Bachmann demonizes those with whom she disagrees. He believes in civility. Bachmann constantly misstates the facts. He believes in being careful and rigorous about the factual basis for the positions he advocates. Bachmann thrives on gridlock, believing that preventing the Democrats from accomplishing anything is goal enough. He believes in trying to find solutions to problems, even if you have to compromise with those advocating different solutions in order to make progress. 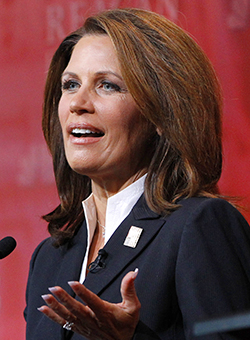 “I don’t think compromise is a dirty word,” Graves said. “It’s a great approach. You can never get a perfect deal.”

I asked Graves whether his decision was shaped by the emerging conventional wisdom that, while he had a fair shot at defeating Bachmann, he stood little chance against a less radical, divisive, fact-challenged Republican, because the 6th District has such a strong Republican lean. He didn’t exactly say yes or no. He emphasized that Amy Klobuchar has done very well in the district in both of her Senate races. She is a Democrat, but she offers a constructive approach.

He acknowledged that the national media, the national Democratic Party and the national liberal-donor base are going to be a lot less interested in who represents the 6th District of Minnesota now that Bachmann has removed herself. He said that the attention and support he received from far and wide was not about him.  “I was just the guy who was running against her,” he said. “I’m humble enough to realize that.”

And now he isn’t running against her or anyone else. He is looking forward to life out of the limelight.

With Bachmann not running, Jim Graves pulls out of 6th District race