As the investigation widens into alleged campaign-finance violations in Rep. Michele Bachmann’s 2011 campaign for the Republican nomination for president, no one seems more surprised or concerned than the man who started the investigative ball rolling.

“How did the darling of the Tea Party, a former federal prosecutor for the IRS, a sitting member of Congress, an individual who is rare and few, one of the rare who is selected to sit on the House Intelligence Committee, how did this particular person get in a situation where hundreds if not thousands of newspapers have now reported on the Michele Bachmann campaign?” wondered Peter Waldron, an organizer of faith-based coalitions for the Bachmann’s Iowa campaign in 2011.

The FBI has now joined the Federal Elections Commission, the Office of Congressional Ethics and the Iowa Senate Ethics committee in investigating whether Bachmann’s presidential campaign broke any laws or violated any elections guidelines.

In a telephone interview with MinnPost from the home of one of his children in the state of Wyoming, Waldron made it clear that while he still respects Bachmann, he considers the actions of her former campaign advisers borderline immoral.

Waldron, a former radio minister, has led an exceptional life: He was arrested in Uganda on weapons charges; he was a contractor in Beirut; and he ran a charitable youth group in Tampa, Fla. From there, he entered politics. “I’ve worked on a number of presidential, Senate and congressional campaigns as a value-voter organizer,” he said.

Waldron said to understand why he decided to expose Bachmann campaign secrets, “It’s important to understand that I am a Christian.”

Before he filed formal complaints, Waldron said, he informed his superiors more than once of the transgressions he alleges. He said he spoke to Bachmann and her husband, Marcus, on three occasions about his concerns. Ultimately, he said, their lack of action left him no choice.

Waldron’s version of events that started in August, 2011, after Bachmann won Iowa’s presidential straw poll depicts the campaign as deliberately engaging in a cover-up of the alleged theft of the home-school list. He describes his own efforts to correct these problems before they became bigger issues. And he reveals the missteps of a campaign that squandered a straw poll victory and left the candidate – in his words – “physically, emotionally, mentally psychologically depleted.”

Waldron said he decided to give his first wide-ranging interview on the subject because “I thought it might be of value to understand not only who Peter Waldron is but, more importantly, how this process began.”  Here are excerpts from his interview with MinnPost and a timeline of events:

Waldron: I went to work with Michele at the invitation of a long-time friend with whom I have worked on several presidential campaigns who thought I brought a certain skill set to the table. I would reach out and talk with pastors and evangelicals and pro-life and born-again Catholics, and that has been my job description since 1980 with the Reagan-Bush campaign.

We saw that at the straw poll in Ames, August 13, 2011, that she won the straw poll. She was figuratively carried on the shoulders of like-minded people not only in Iowa but across the country, specifically in South Carolina, which is a primary state. We saw a critical mass forming in Florida. We saw momentum in New Hampshire.

Waldron: After the straw poll, there were changes in the campaign. Ed Rollins left; his chief deputy, he left. For about 30 days, from the end of the straw poll to the middle of September, we saw no leadership. You can’t take 30 days away from any momentum that the straw poll may have generated. 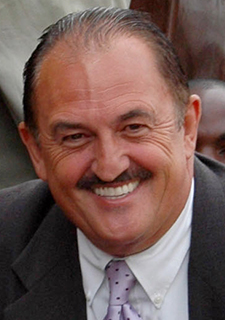 Finally, on or about September 15, Keith Nahigian, who was an advance man, he was named overall presidential campaign manager. Assisting him was the speech coach, a gentleman named Brett O’Donnell.

We saw changes immediately after Mr. Nahigian took charge. It became more difficult as a faith-based organizer. We recruited about 100, 150 endorsements from pastors and other faith-based leaders to support Representative Bachmann.

However, in that process I began to receive more complaints from pastors in Iowa that the advance team was rude, discourteous, tried to impose their will on the church, tried to change liturgy. I went from recruiting pastors to apologizing to pastors.

MinnPost: Did you try to explain this to Michele Bachmann?

Lest you should think this is an isolated concern, the entire New Hampshire staff resigned in one day and issued a public letter talking about the rudeness of the campaign. It’s unprecedented. I’ve never seen anything like this. An entire staff walked off the job, then issued a blistering letter.

Waldron: I learned that a home-schooling list was removed from a private laptop of a staff member, Barb Heki. We agreed that something had to be done. We alleged that our campaign chairman in Iowa [Kent Sorenson] had taken the list.

That’s where the story begins. The Iowa campaign manager [Eric Woolson] and I, we alleged with strong conviction that a mailing list had been taken from Mrs. Heki. We also knew that this person who took the list would not go to Mrs. Heki and apologize or explain what had happened.

I sat there for probably two weeks and watched Mrs. Heki deteriorate emotionally. The list was a private list that a private home-school association had allowed Mrs. Heki, who was a board member, to use. We all knew in the office that that list was off limits – it was no trespassing. She would not use that list to benefit the Bachmann for president campaign.

Waldron: On December 18, I drove to Fort Dodge, Iowa, and met privately with Mr. and Mrs. Bachmann in their hotel room and I shared with them what I knew was a fact – that a list had been stolen. I shared with them that I was uncomfortable with some of the under-the-table payments that I alleged were going on. I told them about the rudeness and mistreatment and that the senior staff was causing more problems leading up to the caucus than they were solving problems.

At that meeting, she and her husband tasked me with locating a new campaign adviser, new campaign manager and a new speech coach. I left that meeting in Fort Dodge somewhat encouraged that we were looking for solutions.

What I had hoped is that the representative would have suspended the alleged party until there was a formal investigation, but that didn’t happen.

MinnPost: Did the Bachmanns believe your statements?

Waldron:I believe that Mr. and Mrs. Bachmann did believe what I said. They understood the dynamic. Remember, though, I am only one voice. She took what I said back to Keith Nahigian, Guy Short and Brett O’Donnell. Somehow in their wisdom they convinced her otherwise.

After the Iowa caucus, Bachmann suspends her presidential campaign.

Obviously, Mrs. Bachmann did not do well in the caucus. She went from being first, first female to win the straw poll.  We lose 30 days. New leadership is brought in. Complications began to rise from the grass roots among pastors and churches and pro-life leaders. The New Hampshire staff walks off the job. We have a theft in the office. So everyone returns to their respective homes.

Waldron: Then it was a matter of: Are we going to get paid? The initial reaction is that we can’t pay you now because Michele is running for re-election and we just don’t have the money to pay the staff of the presidential campaign.

MinnPost: But Bachmann, you say, knew the truth. Why did she allow her lawyers to claim otherwise?

Waldron: Common sense is what you just said. A reasonable person would say — you have an attorney, not just an attorney, she was a federal prosecutor. She put a lot of people behind bars. She knows the law. Does it smell right to you?

MinnPost: Do you think that health issues or stress clouded her decisions?

Waldron: What I can say, and I can testify, under oath I would testify, that on January 1st, the woman was physically, emotionally, mentally, psychologically depleted.  She had reached the end of her human capacity. There was nothing left in her. The January 3rd caucus saved her life. It brought an end to the running into the ground strategy deployed by three inexperienced campaign advisers. They ran her into the ground.

I will testify under oath, if given opportunity and if it were necessary, that the January 3 caucus of 2012 saved Michele Bachmann’s life. Has she recovered? I do not know. I do not know if her lack of television appearances up until now is because she still is recovering or is it because of all the investigations.

Four campaign staffers were still not paid in full and were asked to sign non-disclosure agreements before they receive the balance of what was owed to them.

[The non-disclosure] required that I tell the Bachmann attorneys everything that I tell the lawyers in the lawsuit.  They tried to circumvent the process. “If you’re going to get paid …  you’ve got to tell us everything you told your attorney and you told the detective.”

Can you imagine? Can you imagine? For me, I took great offense. I had played the game. I had submitted myself. I had gone up the chain of command. I had gone to Michele and Marcus privately. I went to their campaign manager privately. I respected the chain of command. I was willing to go along until I woke up and realized that Mr. Heki and Mrs. Heki are very modest people. They have a modest life, modest income. They’re the salt of the earth. And I saw and observed these professionals come out of Washington like mercenaries. They swoop in.

They live the high life; they stay in the better hotels. And here’s Mrs. Heki. Mrs. Bachmann probably makes as much in two months as the Hekis make in an entire year.

To ask us to sign this non-disclosure agreement as a condition of being paid, I can’t do it in good conscience.

In January, 2013, Waldron filed a complaint with the Federal Elections Commission and the Iowa Senate ethics committee. Last month, Andy Parrish, a senior adviser to the Bachmann presidential campaign, submitted an affidavit to the Iowa committee, saying that Bachmann “knew and approved” of payments to Sorenson from a non-campaign fund.

Bachmann’s attorney has denied any wrongdoing on the part of her presidential campaign. The Bachmann campaign has begun a settlement discussion in the lawsuit filed by Heki. The Office of Congressional Ethics is expected to make its findings next month.

Waldron: None of this, at the end of the day, is the assassination of JFK.  This only required that one or two people humble themselves and apologize. But we’ve gone from where we began. I’m a Christian who adheres to the Ninth Commandment: Thou shall not bear false witness.