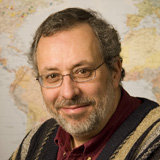 Babak Armajani, co-founder and head of the influential Public Strategies Group, died unexpectedly Monday at his organization’s St. Paul offices. He was 66.

Armajani, known as Armi by his wide circle of friends, was in the one private space in the open-design PSG offices, apparently on the phone with a client. When, after considerable time, he didn’t return to the main, open portion of the office, colleagues grew concerned. They entered the small office and discovered their “spiritual leader” had died.

PSG offered an array of consulting services, but Armajani was best known for his efforts to make government work more effectively and revitalize its bureaucracies.

“I believe that for democracy to realize its full potential, government needs to delight citizens with its services,” Armajani wrote recently. “For the past 30 years, I’ve been trying to figure out how to make WOW! service happen in government.”

His critics thought that it meant Armajani was just another guy saying that government ought to be run more like a business. Armajani said that was wrong – and too simplistic, though he did admit that it was possible to “adapt metaphors from the best in business.”

Todd Otis, a former state legislator and a longtime friend of Armajani, has a favorite story about his work/mission.

Years ago, PSG was hired by the state of Iowa to improve government services. As Otis recalls the story, Armajani had a series of sessions with former Gov. Tom Vilsack, who now is the U.S. secretary of Agriculture.

“Basically, he got Vilsack to look at the state budget with fresh eyes,” Otis said. “This was an intensive process. If you were starting over, how would you spend the state’s money? Vilsack ultimately came back with the idea that dollar one would be spent on early-childhood programs.”

According to those who worked with him, what separated Armajani from so many others in similar consulting fields is that he mightily believed in his message that government is important to nurturing economic growth, but that it needs to be more efficient and more interactive with the public it serves.

Consultants from Public Strategies Groups were hired by a variety of levels of governments across the country in efforts to improve their performances and to raise their credibility with the public.

In this era of extreme partisanship, Armajani’s ideas seem more important than ever, that government is far more than the sniping of political parties.

“He commanded respect from everybody he dealt with,” said John Gunyou, the former finance commissioner under Gov. Arne Carlson and longtime Minnetonka city manager, who shared many of Armajani’s beliefs that government must become better at delivering services.

Armajani developed many of his theories from long terms in the public sector himself. In the 1970s, he worked in various departments for the city of Minneapolis.

Later, he served as a deputy commissioner of the Minnesota Department of Revenue in Rudy Perpich’s administration. Revenue was headed by John James, and both James and Armajani were excited about Perpich’s desire to make government reforms.

When Perpich was defeated by Arne Carlson in 1990, Armajani and James joined with Peter Hutchinson to form Public Strategies Group in1991. They hit the ground running.

“Reform” long has been a political cliché. But it became a hugely popular notion in the early 1990s with the publication of the book “Reinventing Government,”by David Osborne and Ted Gaebler.

Hutchinson would become the best known of the group, in part because Hutchinson eventually would step out of the consultant’s role and move into the public sector himself as the Minneapolis school superintendent and later as the Independence Party’s candidate for governor in 2006.

But all along, Armajani was extremely active, teaching (at the University of Minnesota, Indiana University and Metropolitan State), writing (along with lead author Michael Barzelay, he wrote the book “Breaking Through the Bureaucracy’’) and selling the ideas of PSG to governments across the country.

Again though, he wasn’t just selling a product. Armajani believed that reform was necessary. He was involved in a “discussion group” of big-thinkers, who met monthly to discuss ideas on how government could be improved. In fact, Armajani was to be the point person in a discussion of those people Monday night.

Gunyou says that politics and government are like a massive play, with elected officials, bureaucrats and wonks all taking on various parts. People such as Armajani have the role of “whispering in the king’s ear,” Gunyou said.

In the case of Armajani, “the king’s ear” was attached to the heads of all manner of government officials, ranging from governor’s to county commissioners.

Wrote Armajani of his work: “Our services are focused on a small segment of public organizations: those that have concluded that the bureaucratic system has run its course and that transformational change is the only viable long-term strategy for dealing with increasing demands for service and decreasing resources.”

There was far more to Armajani, however, than big government thoughts.

He was the father of four, a proud grandfather and, like many, an oft-frustrated golfer.

“Would that I could make a living while on the golf course,’’ he wrote recently. “But alas, my devotion to the game far exceeds my skill.’’

He loved woodworking. The ideal vacation to the graduate of St. Paul Central, Grinnell (Iowa) College and Princeton University was a canoe trip in the Boundary Waters.

But people such as the mourning Otis think of him mostly as “the most kind and generous friend.’’