Given the outcome of the legislative session, the tone of Tuesday night’s meeting sponsored by Protect Minnesota was surprising.

Heather Martens, who leads the organization that long has been a force for advocating for stricter gun-control laws, urged the 23 people who attended the North Minneapolis meeting to think about the “successes” that came out of the session.

On first blush, that may seem like a hard thing to do, given that gun-rights organizations got all they wanted: No universal background checks, no limits on magazine capacities, no assault rifle bans. And by the end of session, cowed legislators refused to even have a floor vote on anything resembling major gun-law change.

So where’s the success in all of this?

Martens told the group there was victory in the bipartisan support for $1 million to fund a law that requires the state to file data with the feds on those who should be prohibited from owning firearms.

The law requiring the state to file the data was passed in 2009 but was never funded, essentially making it useless.

Then, she asked those attending the meeting — representatives of various groups supporting stricter gun laws — to break into pairs, come up with successes and report back to the group. 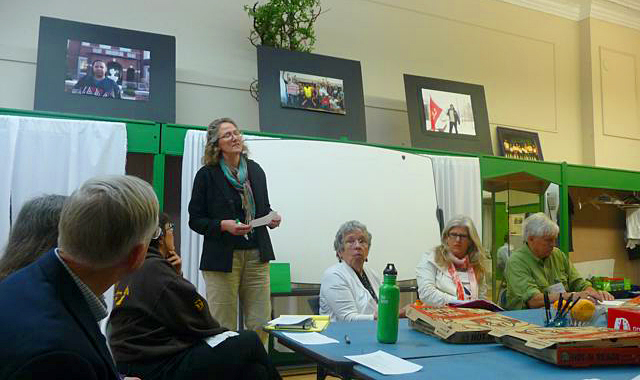 MinnPost photo by Doug GrowHeather Martens, standing, told the group there was victory in the bipartisan support for $1 million to fund a law that requires the state to file data with the feds on those who should be prohibited from owning firearms.

And the most important success? 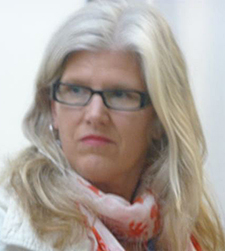 “We built a coalition,” said Sami Rahamim, son of the owner of Accent Signage who was one of six killed at the Minneapolis company last September.

Members of the group nodded in approval. Despite the disappointment of the session, they’re not going away.

Jane Kay, who heads the Twin Cities chapter of Moms Demand Action, the national organization formed in the wake of the Sandy Hook carnage, insists the disappointment of the session and Washington’s inability to pass gun restrictions won’t defuse the energy of the organization.

“We understand that change takes time,” she said. “We understand we’re here for a marathon. If nothing else, mothers are persistent.”

After dealing with the successes of the session, the group was asked to again break into pairs and talk about the obstacles they must overcome.

This type of low-budget meeting — a few Little Caesars pizzas represented the finger food at the dinner-hour session — have been held throughout the metro area.

It was Rahamim, the young man who has become a national advocate, who talked of how important these small groups have been to him and his mother and the movement.

“This has been an amazing six months for me and my mother,” he told the gathering.

“People like you — that’s been the biggest takeaway for us. Just to connect with you has meant so much. You give us hope for good in the world. There’s genuine empathy and commitment in this room.”