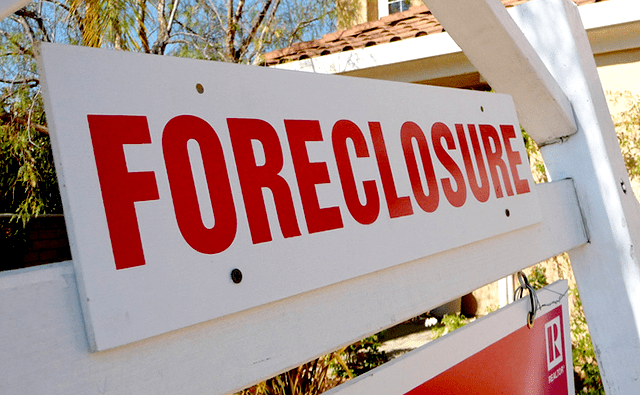 Creative Commons/Jeffrey TurnerUnder Minnesota’s new foreclosure law, a lender and/or mortgage servicer can’t move to sell a home until the borrower has had a fair chance to seek a loan modification.

Minnesotans who have struggled to make their mortgage payments will get new leverage for saving their homes beginning Aug. 1 under a law that tightens foreclosure rules in the state.

The new law doesn’t necessarily spare homeowners from losing their properties. Instead, it seeks to ensure that eligible borrowers have fair and clear access to every available option to avert foreclosure. It would dovetail with federal law to end some of the confusion that led to massive home losses during the recent foreclosure crisis.

MinnPost reported on an early version of the Minnesota legislation as part of its Lending Trap Series. Among other provisions, the new law will make it easier for eligible borrowers to get loan modifications. It also will allow homeowners to collect legal fees if they challenge a lender in court and win the case.

“It provides the opportunity for more homeowners to be able to take a more proactive role in ensuring the system works as it is intended so that homeowners receive the loan modification or other loss mitigation option or program designed to avert foreclosure for which they are eligible,” Elwood said.

The law also bans so-called “dual tracking” of foreclosures. In other words, a lender and/or mortgage servicer can’t move to sell a home until the borrower has had a fair chance to seek a loan modification. Rose McGee, whose dual-tracking case was profiled in the MinnPost report, said via email that she still is in her home and she is “working on final details for a settlement resolution” on a new mortgage.

McGee and many of the others who had lobbied for the new Minnesota law had trusted in the lifeline offered by mortgage modification only to learn that lenders were nonetheless positioning themselves to take the property.

The overall point of new state and federal foreclosure rules is to make sure that meaningful alternatives to foreclosure truly are considered, given the chaos that has characterized the mortgage marketplace in recent years. As millions of borrowers fell behind on their loans, the companies that service those loans were swamped with delinquencies. And some took shortcuts that riled regulators and lawmakers.

“People did not get the help or support they needed, such as timely and accurate information about their options for saving their homes,” Richard Cordray, director of the U.S. Consumer Financial Protection Bureau, said in remarks prepared for a mortgage servicing field hearing earlier this year.

“Servicers failed to answer phone calls, routinely lost paperwork and mishandled accounts,” Cordray said. “Communication and coordination were poor, leading many to think they were on their way to a solution, only to find that their homes had been foreclosed on and sold. At times, people arrived home to find they had been unexpectedly locked out.”

The Minnesota law, which overwhelmingly passed both houses of the Legislature this year, represents a compromise between bankers who had balked at an earlier bill and advocates for distressed homeowners.

Representatives of the bankers argued that the earlier, more restrictive, bill would have made lending more risky and expensive in Minnesota. Ultimately, that burden would have fallen on prospective borrowers, Tess Rice, general counsel for the Minnesota Bankers Association testified.

“Lending will be reduced everywhere . . . if it is more difficult to foreclose,” she had warned.

The homeowners’ advocates had sought mandatory mediation between banks and homeowners in danger of losing their properties. That provision was dropped in the final bills sponsored by Rep. Melissa Hortman (DFL- Brooklyn Park) and Sen. Patricia Torres Ray (DFL-Minneapolis).

The advocates vow to bring the mediation issue back to the Legislature next year.

Meanwhile, key provisions that did survive in the law include:

Meanwhile, a National Mortgage Settlement between the nation’s five largest mortgage servicers, 49 state attorneys general and the federal government was supposed to end dual-track foreclosures for many loans. The case initially was prompted by blatant robo-signing of foreclosure documents without checking their accuracy.

California passed its own sweeping foreclosure rules last year, and some have credited them with significantly reducing that state’s foreclosure rate.

It remains to be seen whether the Minnesota law reduces foreclosures here.

The ban on dual-tracking and other provisions would not necessarily stop foreclosure for borrowers who fail to make their scheduled mortgage payments. Indeed, foreclosure may be the fairest all-around option in many cases.

There were 3,722 foreclosures in Minnesota during the first three months of 2013, down 22 percent from the same period last year, according to research by HousingLink.

Despite the recent improvement, HousingLink’s researchers stressed that total foreclosures remain elevated in the state. The 2012 total was nearly three times the number of annual foreclosures in 2005, the first year comparable numbers were compiled.

The primary purpose of the Minnesota law was not to outright reduce foreclosure numbers. Instead, it was to “give homeowners the tools to make sure that every available option to avert foreclosure and keep the homeowner in the home” was clearly within reach in the complex foreclosure process, said Elwood, who was involved in negotiating the final deal.

“Though not its primary intent, if the primary intent is fulfilled then a reduction in foreclosures would naturally result,” Elwood said.

Under the new rules issued by the U.S. Consumer Financial Protection Bureau, mortgage servicers will not be allowed to issue the first foreclosure notice until an account is more than 120 days delinquent, giving borrowers reasonable time to seek modification. Further, servicers will not be allowed to start a foreclosure proceeding if a modification application is pending.

The foreclosure process would start only after a borrower rejected a mitigation offer, failed to comply with the terms of such an offer or received notice that he or she is not eligible for any alternative options. And foreclosure would have to wait until any appeal had been settled.