This is the last in a series of articles funded by a grant from the Northwest Area Foundation. The series was produced in partnership with students at the University of Minnesota School of Journalism and Mass Communication. The journalism school’s presentation of the series is here.

Could it be possible for Bukola Oriola to come up with $40 a month to stash in a savings account?

A sad series of events had led Oriola from her homeland, Nigeria, in 2005 to a life of near isolation among strangers in the northern Twin Cities metro area. Her unsteady income from braiding hair already was stretched to the max to support her and her pre-school son, Samuel Jacobs.

On the other hand, how could she afford not to save the money? She had been accepted into an Anoka County chapter of a program called Family Assets for Independence in Minnesota (FAIM). The program would match every $40 she saved with $120, money she eventually could use to open a new beauty shop.

So Oriola mustered the self-discipline to be her own demanding creditor. The $40 would be a bill she had no choice but to pay every month. Never mind the other pulls on her pocketbook.

Riding on the savings “bill” was her best hope for the future. It would be paid by pinching here and there on all of the other things she and the boy needed.

“The program was always on my mind, and I knew what I needed it for,” Oriola said.

Oriola had joined thousands of other Minnesotans who have come to see savings accounts as salvation — from poverty, from the traps of predatory lenders and from low-skilled and low-paying jobs. Across the state, these dedicated new savers are doing what many had previously considered to be impossible: slowly building assets that can help them achieve goals for a better life.

Their movement has grown from a modest program started in the 1990s. Now an ambitious new coalition is taking shape to enlist more Minnesotans in more asset building.

Poverty typically is expressed through income levels. By that measure, about 6 to 7 percent of Minnesota households were poor in 2011. Look at assets, though, and 19 percent of Minnesota households were poor that year, according to data compiled by the Corporation for Enterprise Development, a national organization promoting asset building and savings.

An asset-poor household, by CFED’s definition, would lack the net worth to subsist at the poverty level for three months should the family’s income stop because of a job loss or other crisis. A family of four with a net worth less than $5,763 in 2012 would be considered asset poor.

Not surprisingly, families headed by single women and minorities were far more likely to fall into asset poverty.

Asset building can be the ultimate solution to the many problems highlighted in MinnPost’s Lending Trap Series, said Pam Johnson, of Minnesota Community Action Partnership in St. Paul. Savings accounts connect people with banks and the financial mainstream where they are less likely to squander money on payday loans, deposit advances and subprime mortgages.

“You can help people think more long term and help them achieve that asset they are shooting for . . . help them make the sacrifices needed to reach that long-term asset goal,” she said.

The Great Recession and the parallel collapse of the housing market set back – and, even, drained – savings for many families, Johnson said.

But it also served as a potent reminder of the importance of saving in the first place.

“Our nation woke up and realized that we can’t just be living on credit,” Johnson said. “It helped to normalize the concept of saving for future spending versus putting everything on the credit card. . . . But it’s sad that it had to happen the way it did.” 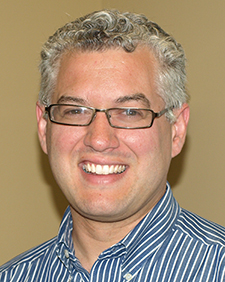 Now, a new organization, the Minnesota Asset Building Coalition, aims to boost the savings momentum across the state. The coalition is funded by the Otto Bremer Foundation and the Northwest Area Foundation. It also gets office space and other support from the Legal Services Advocacy Project. Its leadership committee includes representatives of many prominent Minnesota non-profits. (Note: MinnPost’s Lending Trap series is supported by a grant from the Northwest Area Foundation, but the Foundation had nothing to do with the inception and execution of this article.)

The notion of building assets for the future can mean different things in different communities, said Dave Snyder, the coalition’s coordinator. Snyder has crisscrossed the state for several months listening to local needs – from small towns to American Indian reservations to inner city neighborhoods.

In some communities such as St. Cloud and Mora, a pressing need is transportation to jobs, Snyder said, and the solution could be individual savings accounts dedicated to buying cars. Elsewhere, the lists of needs and goals include affordable housing, education funding and start-up money for businesses.

Model with a track record

While there is no cookie-cutter approach to fulfilling any one community or family asset need, there is a well-established model in the FAIM program that helped Oriola save for her future.

Between 1999 and 2012, low-income Minnesota workers in the program earned and deposited more than $2.5 million in savings accounts. One-third of those savers capitalized small businesses, one-fourth purchased first homes and 41 percent paid for higher education.

The savings, typically $40 a month, had to come from income earned in a household below 200 percent of the federal poverty level. The enticement was a 3-to-1 match coming from state and federal funds. Do the math, and you find that a saver who stayed with the two-year program could have $3,840 in the bank.

The program also required savers to take financial literacy training and to attend classes geared toward their specific savings goals.

The lessons apparently stuck, according to assessments done last year by students at the University of Minnesota’s Humphrey School and at Gustavus Adolphus College:

The program has enjoyed bipartisan support in the Minnesota Legislature. Until the budget-busting Great Recession, the state appropriated about $250,000 a year to match federal funding. The support was slashed in 2011, but it was partially restored in 2012. And this year’s Legislature restored the full $250,000 a year for the next two years.

At the offices of the Anoka County Community Action Partnership, residents have used the FAIM program to achieve goals such as paying technical college tuition, buying tools for automotive technician training and setting up a tree cutting business, a tax-preparation service and a taxi company.

For Kristina Sahr, the program provided a pathway to home ownership. As a single mother, she had been living at her parents’ home with her young son while she worked part time and took classes at Anoka Technical College.

After she earned her Associates degree and landed a secretarial job, she was ready to live on her own except for one obstacle.

“I had no savings,” Sahr said. 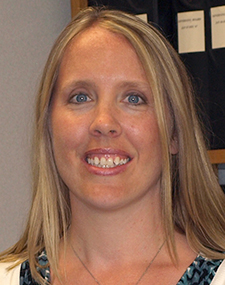 Then she heard of the FAIM program.

Like all FAIM enrollees, Sahr was required to take 12 hours of financial fitness training. She learned how to establish and build a credit rating – and also how to repair one that had gone bad. She learned about the pitfalls of payday lending and the value of mainstream banking connections.

Because Sahr’s goal was to buy a home, she was schooled for another 10 hours in the principles of home finance and budgeting for mortgage payments. Others took the extra training in financing higher education or operating small businesses, depending on their stated goals.

“The biggest thing for me was making a budget, sticking to it and saving for the future,” Sahr said.

Such are the challenges for workers at many income levels.

Judy Bond, FAIM coordinator at the Anoka County program, urges her trainees to comb through their spending for little things that can add up such as money dropped into vending machines for candy or soft drinks.

In other words, they could hit their mark by foregoing $2 of spending each day – say, giving up a daily cup of high-end coffee.

In a sense, Bond and other FAIM coordinators are coaching people to swim against the marketing currents that surround Americans with a steady stream of temptations to spend.

“In so many areas, you are bombarded by people who are trying to sell you something,” said Jan Backlin who directs homeownership programs at the Anoka County facility. “When we do the financial fitness classes, we emphasize this. When you are standing at the grocery story waiting to make your purchases, there is all of this last-minute stuff we really don’t need – gum, magazines, candy.”

And don’t get her started on the premiums people pay for designer brands.

“You are being brainwashed,” she tells FAIM trainees. “You have to think about what you want and what you really need.” 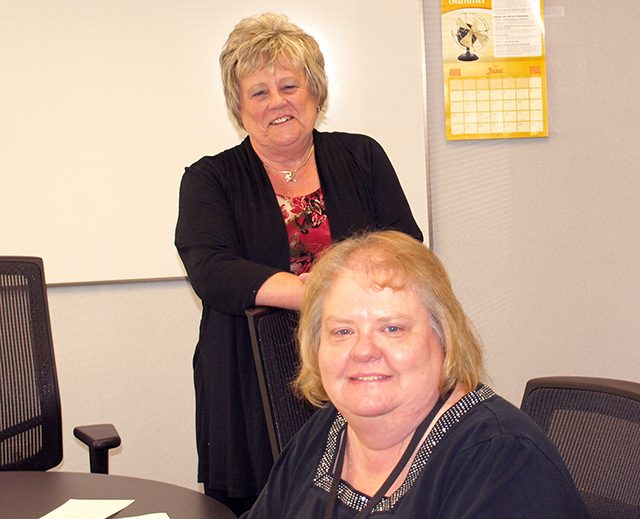 It’s not that these FAIM coaches are against spending and shopping. Their drive is to teach people how to be smarter about spending by saving ahead.

Sahr saved up enough money to buy a three-bedroom rambler in Blaine. It needed a lot of “TLC,” she said, but it was on a cul-de-sac where her son could ride his bike. And at $120,000, the price was right.

Still, it was a big step.

“I was definitely nervous,” she said. “Would I be able to do this? Would everything work out?”

But she also had the confidence that comes with money in a bank and a budget on paper. She closed on the house in 2003.

“It was very empowering,” Sahr said.

Since then, Sahr has earned a Bachelor’s degree in human resources management and stepped up to a professional job with the county. Her family still lives in the home she bought 10 years ago.

Key to a business

She urgently needed more income. Before leaving Nigeria in 2005, she had been married through a traditional arrangement to a man in Minnesota. After she moved to his home in Ramsey, she said, she was isolated and abused. (She has written a self-published book about the experience, “Imprisoned: The Travails of a Trafficked Victim.”)

With the help of supportive community services, Oriola broke free of the relationship, taking her young son with her. By word of mouth, she had built up a small hair braiding business, earning enough to rent a tiny workspace in Anoka.

But the income was small and sporadic. She needed a real shop, equipped with mirrors, a hair-washing stand and a proper beauty chair.

Then came acceptance in FAIM in 2010. Her declared goal was to save enough to upgrade her small business.

Oriola did what had seemed impossible. She built up enough money to rent a space in Spring Lake Park that was more than three times the size of her old shop, to furnish it and to pay the rent for the first three months.

A flashy neon sign marks her door, and one wall displays a well-stocked collection of combs, hair pieces and other paraphernalia that goes with beauty.

Oriola said she needs to do more marketing before she can declare the venture a complete success.

“I am making just barely enough to pay the rent and support the family,” she said.

Still, the start she has earned by saving money is “a miracle,” she said.