Hardly a day goes by when Yvonne Prettner Solon isn’t reminded of how secondary the role of lieutenant governor is.

Wednesday, for example, there was a subtle, but sharp, reminder of the role — and one of the constant reminders of the low-profile executive job she holds.

Prettner Solon, who heads a task force attempting to sort out issues of security at the state Capitol, was at a committee meeting taking on the subject of people carrying firearms in “the people’s house.”

After the meeting, reporters didn’t turn to Prettner Solon for insight. Instead, questions were directed to Gov. Mark Dayton about guns at the Capitol.

Although the task force still hasn’t issued a report, the governor was quick to declare he has no problem with people who have permits coming to the Capitol carrying their loaded weapons.

On Thursday, Prettner Solon fell a little shy of diplomacy when addressing Dayton’s quick-from-the hip statements about weapons in the Capitol.

“Ahh, we haven’t issued our report yet,” she said. “Maybe it’s OK to have guns in the Capitol, but maybe it would be better if permits didn’t last into perpetuity.”

She also said that “maybe” heads of legislative committees ought to have a right to ban handguns from certain, highly emotional meetings.

“We haven’t had an incident yet,” she said. “But not everybody has good control of their emotions.”

She and Dayton rarely talk

It’s unlikely that Prettner Solon and the governor will discuss this issue — or any other — in a face-to-face meeting.

“We don’t really talk,” she said. “We do chat at cabinet meetings and executive council meetings and some other occasions but talk? Not really.”

From most people, that would sound like a pretty damning comment about a working relationship.  But Prettner Solon says it softly, seemingly without rancor.

When she’s dealing with the governor, she deals through his staff.

“The governor and I go our own ways,” she said. “Maybe it’s because we’re both single. (Prettner Solon’s husband, former state senator Sam Solon, died in 2001. Dayton is twice divorced.) We’re used to being alone.”

For many reasons, she’s says she’s not sure about whether she and the governor will team up again. Apparently, that’s among the many subjects that have not come up.

“I’m working hard at doing what I’m doing,” she said. “The way I look at it, I’m only 2½ years into our term. … It’s not essential to make a decision for awhile.”

Update: Asked for comment, the governor’s office on Friday noted that Dayton and the lieutenant governor  “have consistently said that they will have that conversation at the end of the year.”

Added Bob Hume, Dayton’s deputy chief of staff:  “The Lieutenant Governor has distinguished herself as a leader on senior issues, government reform, and in many other areas.  She has accomplished a lot for Minnesotans, and she deserves a lot of credit for that.”

It’s obvious, however, even if she’s asked to run again, she might step down.

In fact, the job isn’t what she thought it would be when she was first sought out by Dayton to be his running mate 2010. Because she had succeeded her husband as a state senator and had quickly gained a reputation as a politician who sought middle ground, she believed that she would become the governor’s liaison to the Legislature.

That’s not happened.   Dayton either uses his staff or goes person to person in dealing with legislators and legislative issues.

Prettner Solon admits “I grieved” about not being involved in collaboration with legislators. It was a part of her work as a state senator she’d enjoyed.

On the other hand, not being a liaison, not being a close adviser to the governor, has allowed her to become involved in huge issues that for all sorts of reasons seldom get dealt with at the state Capitol.

When it comes to transportation, Prettner Solon is pulling every lever she can in both Minnesota and Washington, D.C., to make the Northern Lights Express – a high-speed train connecting the Twin Cities to Duluth – a reality.  She’s also a supporter of other forms of mass transit in the metro and across the state.

Beyond those big issues, Prettner Solon has been responsible for phasing in a one-stop-shopping government connection system for the fast-growing senior population. She works on issues surrounding nutrition and also is a key player in working on issues involving people with disabilities. 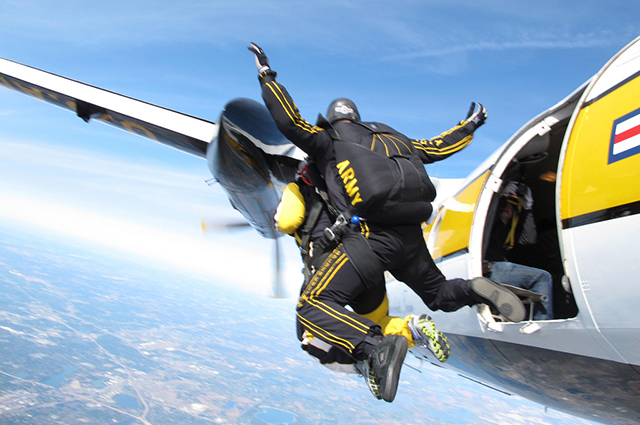 Courtesy of the Governor’s OfficeLt. Gov. Yvonne Prettner Solon, behind, performed a tandem skydive exercise in Sept. 2012, landing on the lower mall of the Minnesota State Capitol grounds.

The reports that she compiles and the thoughts that she has are directed to the governor’s staff. Where they go from there is not her immediate concern. She’s working hard on things she believes in.

She knows the issues she’s working on are also issues that future governors and legislators will have to deal with after they get done arguing about guns and football stadiums.

“I’ve never been so busy in my life” is how she sums up her work.

But whether she runs again or not, there is a basic revision she’d like to see in the lieutenant governor’s office.

Without staff, the lieutenant governor in Minnesota, more than ever, is the perpetual afterthought.

Among other things, Prettner Solon came out of that meeting working, with other Midwest lieutenant governors, on issues surrounding power transmission.

But no matter the work, there always are the reminders.

On Thursday in Duluth, Prettner Solon sat down at a table at a conference where leaders of nonprofits were working on the persistent problem of hunger in Minnesota.

Prettner Solon, as is often the case, said the conversation started like this.

“I’m Yvonne Prettner Solon,’’ she said to those at the table.

“I’m the lieutenant governor,” she said, adding quickly, “I have to introduce myself everywhere I go.”