When Dawn Tuckner was at the Pride festival last year, the “Vote No” campaign handed her a postcard asking why she wanted the marriage amendment to fail at the polls in November 2012.

Tuckner, separated from her spouse for years, wrote down, “So I can finally get divorced.”

“Everyone looked at me like I was crazy,” Tuckner, now likely part of the first same-sex divorce case in Minnesota history, said in a Wednesday interview with MinnPost. “It’s just part of what I need to do to be able to be happy.”

Before Aug. 1, when gay marriage became legal in Minnesota, same-sex couples who were legally married in supportive states or Canada couldn’t receive a divorce in Minnesota courts, according to legal experts and advocates.

Many states across the country have similar restrictions. For Tuckner and others in her situation, that discrepancy put them in a terrible situation.

“Prior to Aug. 1, courts in Minnesota would have said, ‘There’s no ability for us to even recognize the marriage, let alone to dissolve it,’” said Phil Duran, legal director at OutFront Minnesota, a leading gay-advocacy group.

But with the momentous change in state law — Minnesota joined 12 other states in recognizing gay marriage — came the opportunity for unhappy same-sex couples to finally find a way out.

Sighs of relief, too

While excited gay newlyweds came together in a series of ceremonies beginning at midnight on Aug. 1, a much smaller group of separated same-sex couples across the state sighed with relief.

“Straight people don’t have to wait three or four years to be able to get a divorce to be with the person they were truly meant to be with,” said Tuckner, who has since met a new long-term partner, Stacy Lapoint.

“This is a happy thing,” Tuckner, a Coon Rapids resident, added. “The law was holding me back, and now I can move on with my life.”

Before Minnesota recognized same-sex marriages, gay couples had very few options when it came to getting a divorce. The most straightforward way would have been to return to the jurisdiction that offered the marriage.

But while the states that offer gay marriages don’t have a residency requirement for offering a marriage certificate, they typically require at least one person from the couple to live in the state or jurisdiction for a certain amount of time before granting a divorce.

Dawn married Rosalyn Tuckner in Canada in 2004 and gave birth to their son, Auden, in 2006. In 2009, though, Rosalyn left the family and moved on, Dawn said. Canada’s residency requirement would require Dawn or Rosalyn to live there for three years before granting them a divorce, Dawn Tuckner said, making such a move nearly impossible.

When Minnesota was drafting its gay marriage law earlier this year, lawmakers made sure to address that problem, said DFL Sen. Scott Dibble, who sponsored the legislation in the state Senate.

Under the new law, if a couple who married in Minnesota moves to a jurisdiction that doesn’t recognize their marriage and won’t offer a divorce, they can get a divorce in Minnesota without establishing residency, he said.

Gay advocates across the nation are astounded that states with gay-marriage bans, or “mini-DOMAs,” won’t allow same-sex divorces. Minnesota, up until just last week, was in that camp. 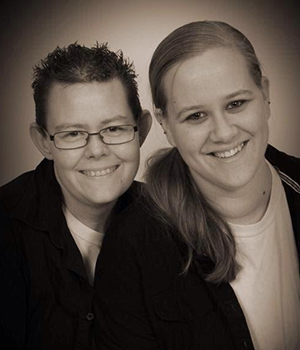 Courtesy of Dawn TucknerDawn Tuckner, left, is seeking a divorce so she can be
with her new long-term partner, Stacy Lapoint, right.

“It makes no sense for a state that doesn’t want to recognize same-sex marriages to force same-sex couples to stay married,” Shannon Minter, legal director at the National Center for Lesbian Rights, said in an interview. “That is really irrational and absurd, and it leaves those couples in a terrible position.”

Minter highlighted the drastic consequences of forcing separated couples to remain married. That special legal status would give estranged partners power over health decisions, property and children if they traveled into a state that recognized same-sex marriage.

Not having access to divorce also bars gay people from re-marrying if they meet someone new. Dawn Tuckner said she has been waiting to get a divorce so that she can marry Lapoint and move on with her life. Auden, her son, calls Lapoint “Mom,” she said.

Minter criticized the “patchwork” of laws across the country that unfairly affects gay couples.

Same-sex divorces can also have unforeseen costs that make them two or three times more expensive than for straight couples, according to some reports.

That shouldn’t be the case in Minnesota, though, said Dibble and University of Minnesota constitutional-law expert Dale Carpenter, who helped draft the legislation.

There’s no distinction between straight and gay divorces in Minnesota statute, Dibble said, which means that the courts shouldn’t treat gay cases any different from straight ones.

“I think the sponsors of the legislation wanted the law to be clear that same-sex couples were to be treated equally, and they drafted and proposed the legislation with that goal in mind, that goal of equality and clarity,” Carpenter said. 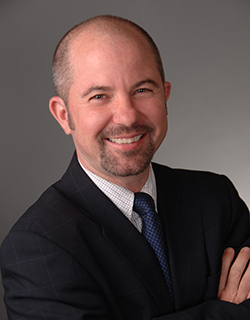 But Minter noted that there could be hidden costs for same-sex couples seeking a divorce. In other states, the courts have asked for extra briefs when reviewing a same-sex divorce, which means higher attorney’s fees.

“I think it is very clear that the law applies equally, but there could be a ‘hidden cost’ if judges ask the attorneys for extra briefing that they would not ask for in an opposite-sex divorce case, and that can be very expensive,” Minter said.

But Carpenter said even if the courts ask for extra information, the trend wouldn’t last long before same-sex divorces became just another routine legal procedure.

“That’s not going to be the case long-term in Minnesota,” he said. “I just can’t imagine that’s a long-term issue because the law is so clear now.”

It’s also unclear how many same-sex couples will take advantage of divorce in Minnesota.

OutFront Minnesota, the gay advocacy group, said they’ve offered advice to a handful of people looking for information on same-sex divorce. The National Center for Lesbian Rights also fielded a couple of inquiries about the issue – and how to go through with it –Minter said. 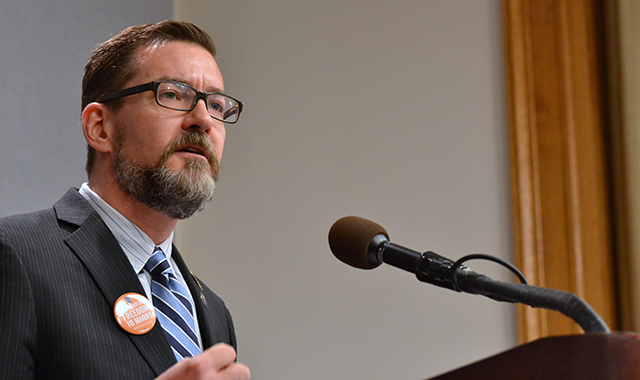 Some organizations were reluctant to discuss same-sex divorce so soon after gay marriage was joyfully legalized in Minnesota. But for Tuckner and others, it’s been nothing but a relief.

“Now that their marriage is recognized in Minnesota, they have access to the full array of [legal procedures],” Dibble said. “That’s removing a hardship. That’s a good thing.”