From the speeches and toasts at the Marriage Equality Party at the Wilde Roast Café, to the first gay marriage ceremonies at Minneapolis City Hall conducted by Mayor R.T. Rybak himself, MinnPost contributing photographer Terry Gydesen captured the historic night. 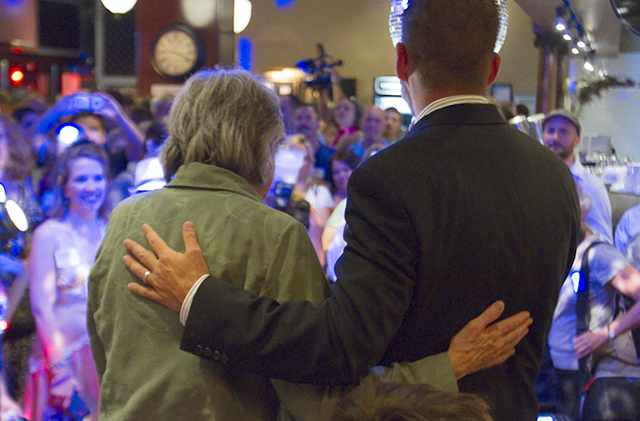 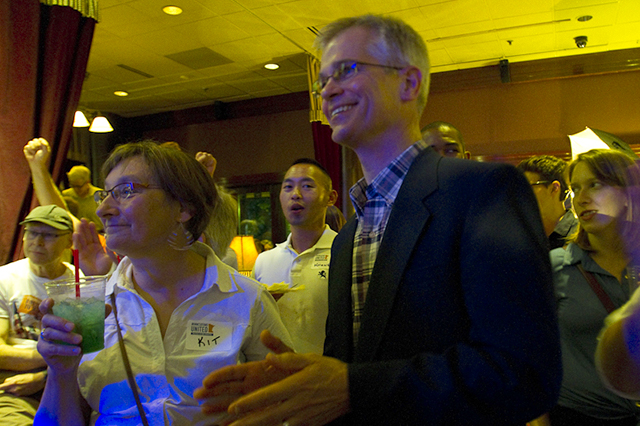 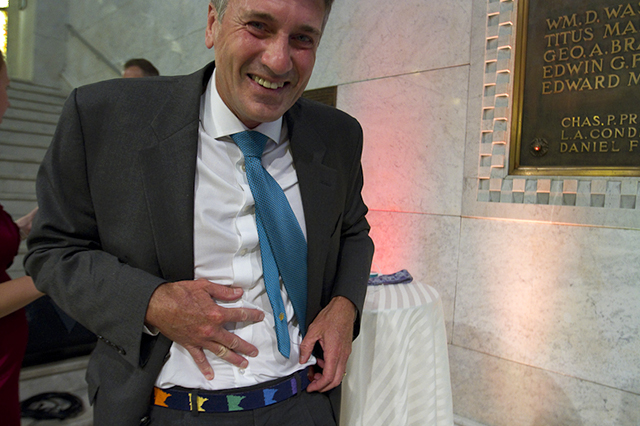 MinnPost photo by Terry GydesenMayor R.T. Rybak shows off his rainbow belt prior to the ceremonies. 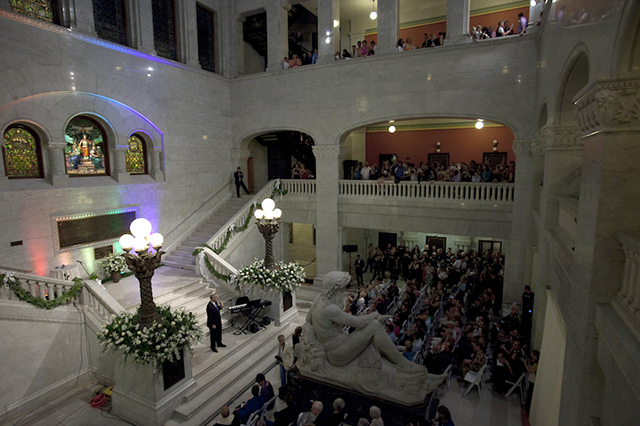 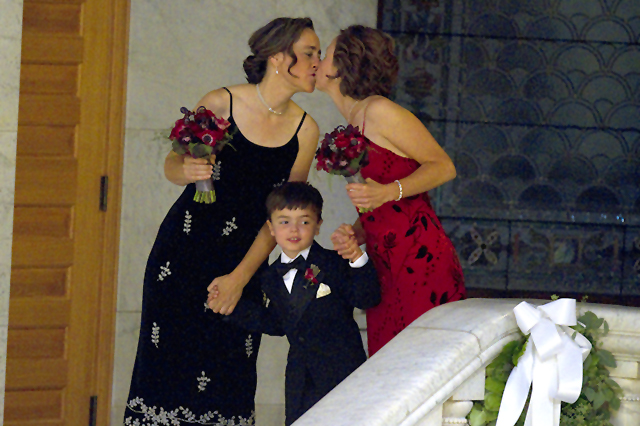 MinnPost photo by Terry GydesenCathy ten Broeke and Margaret Miles share a kiss before taking their vows at midnight. 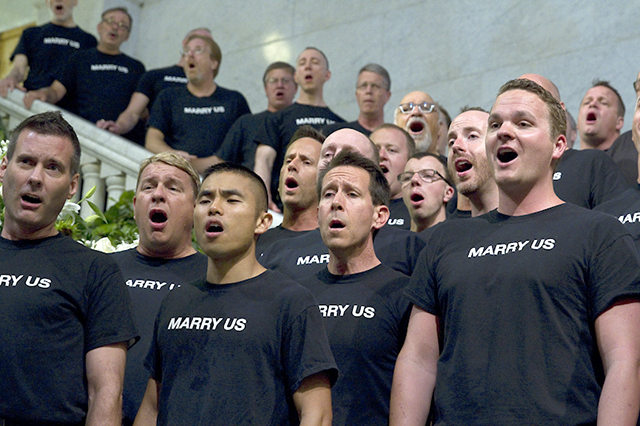 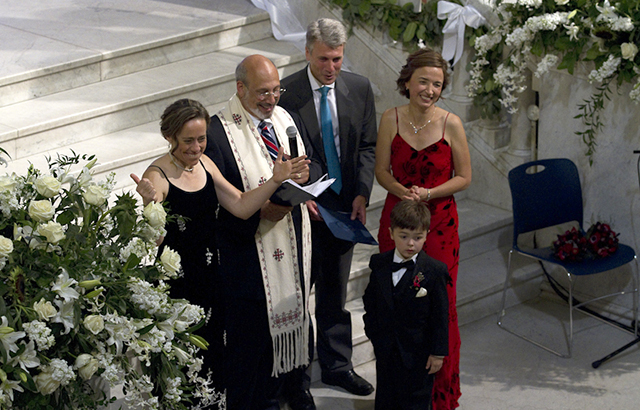 MinnPost photo by Terry GydesenAt midnight, Cathy ten Broeke and Margaret Miles, with son Louie at their side, become the first same-sex couple to be married in Minneapolis. 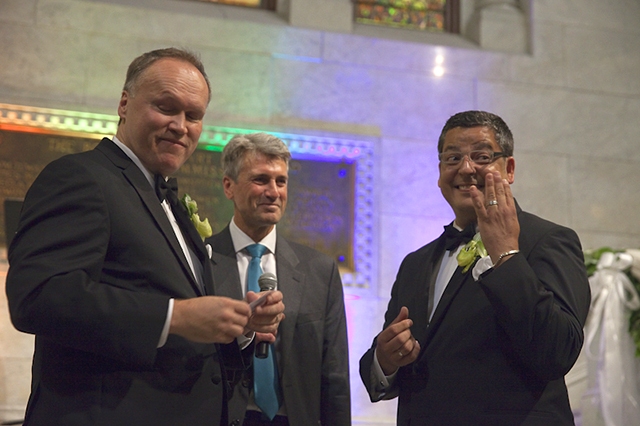 MinnPost photo by Terry GydesenAl Giraud, right, shows off his wedding ring following his wedding to Jeff Isaacson. Isaacson and Giraud were the second couple to be married by Mayor Rybak. 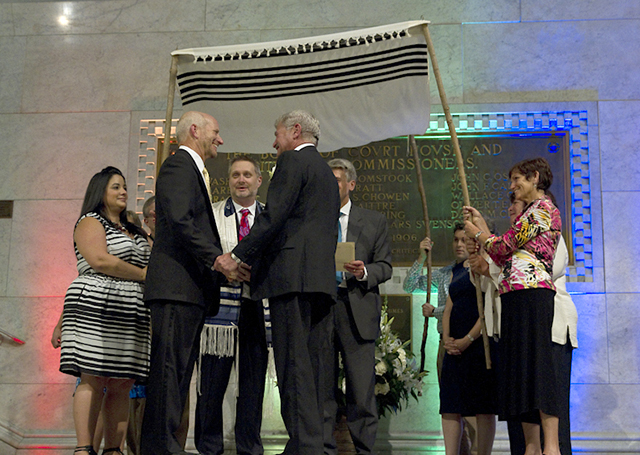 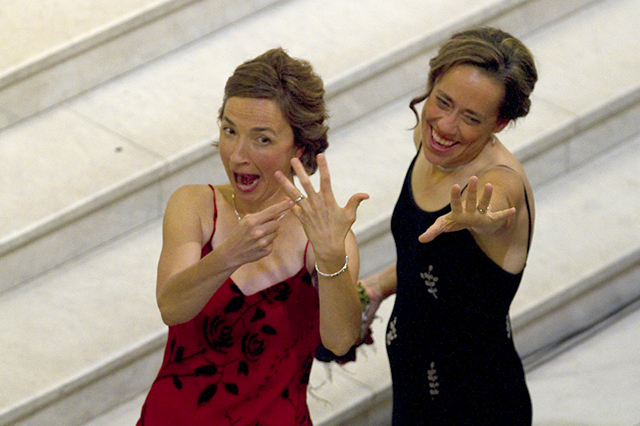 MinnPost photo by Terry GydesenCathy ten Broeke and Margaret Miles show off their rings and wave to well-wishers. 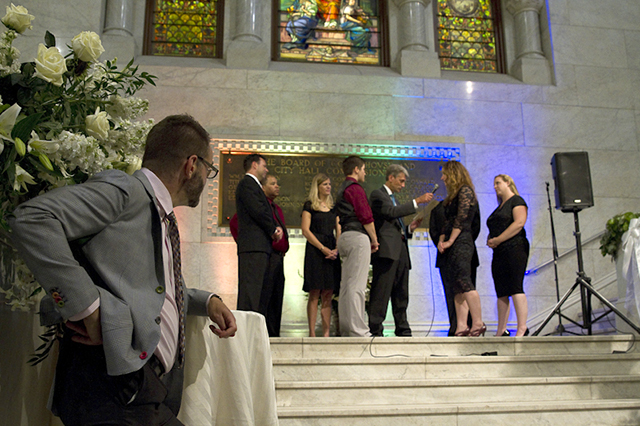 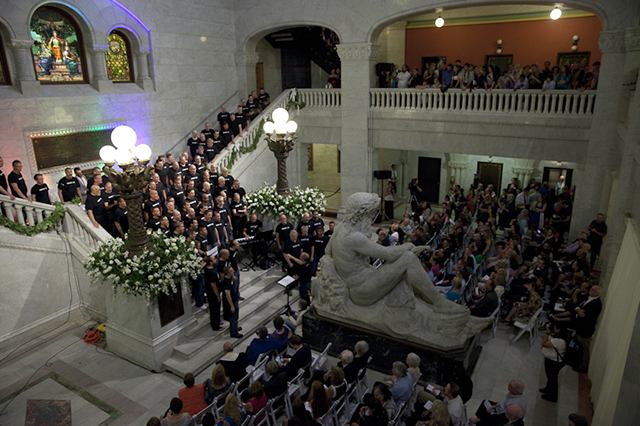 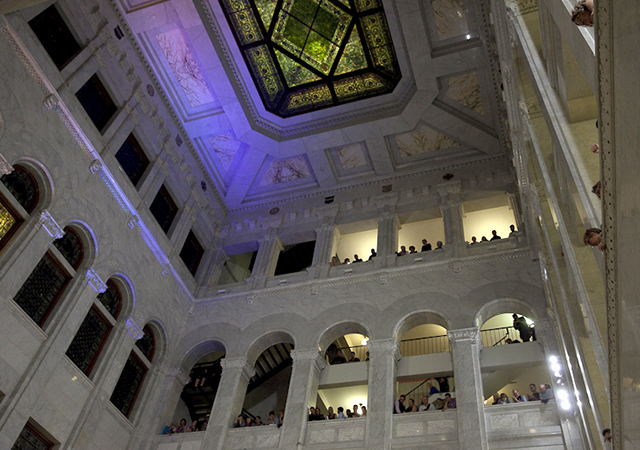 MinnPost photo by Terry GydesenWedding attendees watch the ceremonies from all six levels of the City Hall Rotunda.