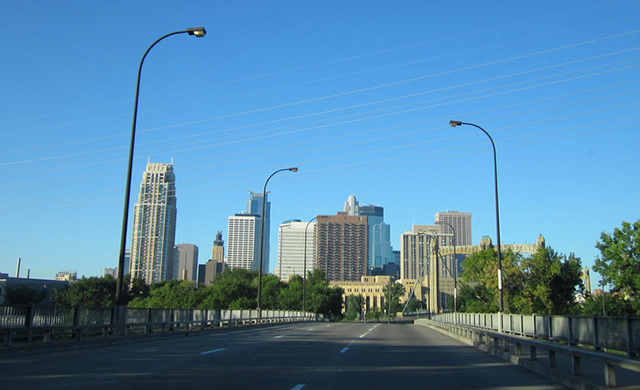 With this week’s filing of financial reports, high-profile Minneapolis mayoral candidates are upbeat about their chances in the remaining weeks.

Even those lagging in fundraising.

All of the major mayoral candidates among the field of 35 have cash on hand.

The irony is that the biggest cash balance belongs to Dan Cohen, a former City Council member who listed only six donors. He lent his campaign $285,000.

Stephanie Woodruff, an accountant by trade, has the smallest cash balance at $3,052 but says she has not yet worked to raise money. But that is changing. Staff has been signed on, and the fundraisers have been planned. Phone banks, a new website and email marketing are in her future.

“I haven’t spent a lot of money, but I’m viable,” said Woodruff. “It’s totally winnable. I don’t think people have been paying attention.”

Woodruff was surprised to see how much money the other campaigns have been spending. And she wonders out loud why a campaign works for eight months to attract donors, comes up with 1,000 people who write checks — that’s 125 people per month — and then declares a fundraising victory.

Woodruff says the most important thing for her campaign in the time remaining is to talk to as many people as possible.

Cohen does not expect his loan to the campaign will be re-paid. And he does not expect to make any more loans to his campaign. So far, he has spent $100,260 on advertising, more than any other candidate in the race, and plans to continue with ads on radio, television, billboards and in print.

“I’ll be visible by any legitimate means there is to be visible,” said Cohen, who also is communicating with voters via the social media. He has two issues: He wants a downtown casino, and he wants the Vikings stadium to go away.

“If I’m elected, the Vikings stadium deal is going down, and I know how to make it go down,” said Cohen who years ago fought the Star Tribune all the way to the nation’s Supreme Court and won. “I can succeed in a lawsuit here, and if the current city attorney won’t do it, I will find one who will.”

Some campaign people have expressed surprise at how well City Council Member Don Samuels did in fundraising and that he has $56,292 in cash on hand, which is more than half of the $101,602 the campaign raised.

“It’s a combination of having reserves [cash] to keep going and the message voters need to hear,” said Patrick Leyden, campaign manager for Samuels, who credits careful budgeting with creating the sizable cash balance.

The goal of the campaign was to raise enough money to be competitive, to spend carefully and develop a message voters want to hear. That message is about education, public safety and quality of life, not about the topics that interest campaign insiders, according to Leyden.

“I can’t think of a single time at a community event where anybody talked about raising money or endorsements,” said Leyden. “To those people, it doesn’t matter who is doing what in fundraising and endorsements.”

“It’s about who’s got the broadest appeal, who can reach across neighborhood and party lines, who’s got a message everyone can get behind,” said Leyden. “I think Don has shown leadership.”

Cohen is not the only candidate to lend his campaign money. Jackie Cherryhomes has lent her campaign $31,097, and City Council Member Betsy Hodges has lent $21,500 to her campaign.

“We will be fundraising until the last day,” said Lynne Bolton, Cherryhomes’ campaign manager. She sees fundraising as a way to tie people to Cherryhomes, noting that even someone who gives the campaign a dollar has a tie to the candidate and the outcome. “People value what they pay for. It’s not so much about the dollar amount.”

“We have to continue engaging with people so we stand out from the noise,” said Bolton. Cherryhomes, meanwhile, will be door-knocking and meeting as many people as possible as the campaign heads down the final stretch.

“With 30-plus people in the race, we really don’t have a front-runner,” said Bolton, who sees Cherryhomes’ time as City Council president and citywide ties as advantages. “Her ties are not in one ward or one neighborhood.”

Hodges has cash on hand of $50,718 but has unpaid bills of $53,675, which leaves the campaign short of its current obligations.

Andy O’Leary, Hodges campaign manager, says early campaign expenses were always seen as something that would be paid off later as more money came in.

“It wasn’t a surprise. It was planned for,” said O’Leary, who sees no problem in running a competitive race. “Every campaign needs to raise money.”

The campaign intends to keep Hodges in the public eye talking to voters. It also is operating a phone bank and has a team out door-knocking.

Former Hennepin County Commissioner Mark Andrew enters the last two months of the campaign with $69,036 in cash and unpaid bills of $2,095, putting him behind only Cohen in cash on hand. The campaign will continue to raise money.

“It’s a necessary evil in elections,” said Joe Ellickson, Andrew’s campaign manager. When Andrew was seeking DFL endorsement, the campaign paid for a database that gave them an accurate picture of their delegate support. They are using the same system to track voter support.

“Tools don’t come cheap,” said Ellickson. “The tools have become more sophisticated, but the plan is still the same.”

That plan is the one everyone learned in Campaigns 101: Knock on doors, work the phones and keep the candidate out there working.

Andrew’s report shows 1,241 people donating money to the Andrew campaign, with 800 of them from Minneapolis. Ellickson said they have turned those donors into 100,000 voter contracts.

“The money continues to come in very strongly,” said Winton, who, like Woodruff, was surprised at how much money his opponents have been spending. “I’m running a lean campaign, just the way I would run the city.”

“I feel like the stakes in this race are very clear,” said Winton, contrasting what he sees as the “same old insiders and the same old fundraisers” of other candidates with his own “fresh set of eyes.”

He sees his job in the weeks ahead as continuing to contrast himself with his opponents and drive home his message of attracting jobs, improving education and becoming a city that provides essential services.

“Do I have the money to keep running a strong campaign?” said Winton. “The answer is absolutely yes.”

Fine: Not worried about late start

Park Board Member Bob Fine has only been in the race for a month but reported $3,873 cash on hand and 12 contributors, half of them neighbors in south Minneapolis. He is not worried about money.

“For one thing, I have two big fundraisers coming up and another on the way,” he said.

“I don’t believe what the others have done makes it difficult to run,” he said, looking back at the money the DFL candidates spent in failed bids to win party endorsement. “Most people haven’t decided who to vote for, and I have pretty-good name recognition,” said Fine, who has been elected in a citywide race for the Park and Recreation Board.

He does not think his late start as a candidate or fundraising will hamper his ability to run a competitive race.

“These campaigns don’t have a lot of money left,” said Find, “I wonder if they have maxed out with contributors.”

There will be one more round of financial filings before the Nov.5 election. The reports are due Oct. 29, a week before Election Day.