MONDULI, Tanzania — Look at the altar, and you might think this chapel was in Minnesota — flowers, candles, Christian cross all arranged in a certain Lutheran way.

Meet the congregation at the MaaSAE Girls Lutheran Secondary School though, and you know this is Africa where women still struggle in many places for rights — for the right to go to school, to marry when and whom they choose, to own farmland and livestock.

Meet, for example, Regina Gisput. At 16, she is as ambitious as any Minnesota girl her age, studying a heavy load of physics, chemistry and math in hopes of becoming a doctor.

Few American girls, though, have faced obstacles as formidable as she is fighting. When Regina was 13 years old, her father expected her to marry as was the custom in her rural Maasai village. Her family needed the bride-price a groom would pay either in cash or in livestock.

Regina knew all too well her future in that married life. She had seen that future through the lives of girls and women in her village: She would work at hard labor for her husband, likely an older man with other wives. She would bear children before her own child body was fully formed and ready to deliver them. She would own very little; and if her husband died before her, his land, cattle and other possessions would pass to his family.

Regina made a bold escape from that destiny.

At her primary school, she had taken a qualification exam for secondary school. She passed. And the head of the primary school told her on the last school day that she could leave immediately for the MaaSAE school in Monduli without going home.

Regina took the offer. And she arrived at the boarding school, like many of her fellow students, with nothing but the clothes she had worn that day.

It was effectively a one-way decision for Regina. She can’t go back to her village. She tried it once, went home for a holiday.

“I wanted to go home to see my mother,” she said. “My father said I could not go back to school. He said the work of girls is to get married so the parents can get something, maybe money.”

Regina’s mother sided with her. The father beat both of them, Regina said. 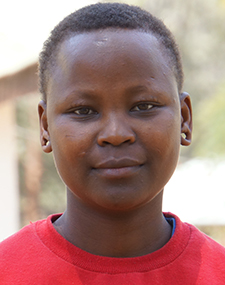 She was carrying the phone number for the MaaSAE school. A brother helped her use it to call for help. The school sent money, and the brother bought her a ride back to school.

Once again, Regina had escaped her cultural destiny. Now she stays at the boarding school through all holidays and vacations. She has plenty of company because many of the other students share similar stories.

Many Minnesotans know the MaaSAE school very well because they have visited it in person. Even more have sent money to help girls like Regina in a support network that is organized by Minneapolis-based Operation Bootstrap Africa.

The school is set on a former coffee plantation about 28 miles from the city of Arusha. With the chapel at its center, the wooded campus features dormitories, classroom buildings, a library, a computer lab, a dining hall and other structures. Students help provide some of their own food by tending corn, beans and other crops that are grown on the surrounding land.

Headmaster Seth Msinjili said that the school hires an ever ready force of guards, partly to protect the all-girl students from attempts by families to take them home against their will.

There have been incidents.

“We have had warriors come to raid the school and take girls out,” Msinjili said. “We call the police, and the government gives us wonderful backing.”

Many Maasai families welcome the chance for their daughters to attend a high-quality secondary school. But many others do not.

“We draw mainly from northern Tanzania . . . recruiting from pastoralist villages,” Msinjili said. “Those hunters and gatherers are the communities that still are very conservative, and they do not allow girls to go to school.”

Msinjili said that the Tanzanian government supports the school’s goal of educating girls. Across much of sub-Saharan Africa, the education and empowerment of rural women is seen as an urgent priority for many reasons including food security needs. Rural women bear a hefty responsibility for feeding their countries, but many lack the resources and skills that could help them improve yields on farms. 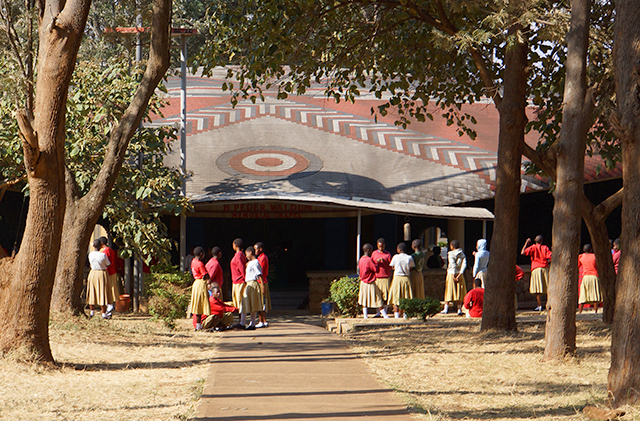 MinnPost photo by Sharon SchmickleGirls gathering at the MaaSAE school for chapel.

In Tanzania, the government protects girls from forced marriage while they are in school. That protection works more or less through primary school. Officially, it is supposed to extend to secondary school, too.

The trouble, Msinjili said, is the gap between primary and secondary school, about a three-month break. That is the time when many Maasai families marry off their girls, ending their chances for more education. Some collect the bride-price even before primary school lets out.

As a result, 40 percent of Tanzanian girls are married before they are 18, and many of them report being forced into sexual activity, according to a study by the Center for Reproductive Rights which is headquartered in New York with offices in Kenya and other countries.

The only way to protect girls from those gap-time marriages is to send a vehicle to collect them on the last day of primary school, Msinjili said, and to enroll them immediately in secondary school.

“The girls get in the vehicle with nothing, and they do not even say goodbye to their families,” he said. “If you give them that opportunity, there will be a battle.”

The government supports the strategy, he said, and district commissioners sign letters authorizing the school to take the girls who want to go.

Students at the MaaSAE Girls’ Lutheran Secondary School sing with gusto in their chapel even though many of them have endured rural poverty and pressure to marry early.

Since the MaaSAE school’s founding in 1995, more than 550 girls have completed secondary education and more than 250 of those graduates have gone on to higher education, according to Operation Bootstrap Africa’s latest annual report.  Some have become prominent advocates for girls’ education, women’s land rights and similar causes. Many graduates are teachers in rural Maasai areas, said Diane Jacoby, the organization’s interim director. 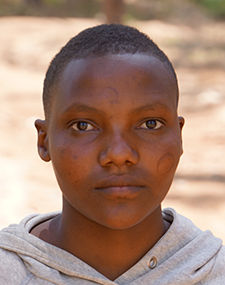 With support mostly from groups and individuals in the United States, the organization also helps other schools in Africa, provides higher education scholarships and supports health services for women and children.  Last year it helped establish a nursing college in Arusha.

For the 2013 school year, 155 donors paid the full support for individual girls at the MaaSAE school, $900 per year. Some sponsored as many as four girls, and others paid partial support. While one in three of the 297 sponsors live in Minnesota, the others come from 26 different states — and, even Switzerland.

For about one-third of the students, that help from far-away strangers is as close as the girls get to a supportive family, Msinjili said.

Those are the girls who dare not go home.

They include Sinyati Nasuju, 15, who went home once for a holiday in 2012. Her father refused to send her back, she said, so she appealed to a neighbor who helped pay for transportation. 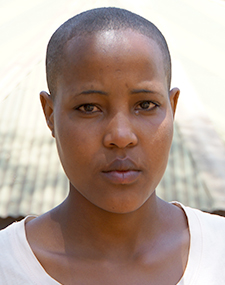 They include Zawadi Samwel, 17, whose family had lined up her husband while she was in primary school — an older man, with two wives, who had agreed to pay her bride-price in cattle. On the one vacation for which Zawadi risked going home, her mother tried to force her to stay, she said. That was three years ago, and she hasn’t returned since even though she misses her three younger sisters: “I am not ever going to see them again, and I am not happy about that.”

They include one girl who broke down sobbing while trying to tell what her family had done.

I stopped the interview. These young girls had suffered enough in their fight for basic rights.

At Sunday chapel, though, all of the girls sang with gusto, as if the music could heal their emotional wounds.

Sharon Schmickle’s reporting from Tanzania was supported by a grant from the Pulitzer Center on Crisis Reporting.

Fighting exploitation: Girls as young as 13 married off for a price in Africa