It appears Minneapolis will not be moving ahead soon with a plan to purchase personal video cameras for police officers, despite a proposal for a test project last week by three Minneapolis City Council members.

The move does not yet have the blessing of Police Chief Janee Harteau, who is still researching the use of the cameras and storage issues surrounding the evidence they collect.

The news conference to announce the purchase of 25 video cameras was hosted by Council Member Betsy Hodges, who is running for mayor, and colleagues Cam Gordon and Gary Schiff.

Missing from the announcement were the police chief, Mayor R.T. Rybak and Council Member Don Samuels, who chairs the council’s Public Safety Committee and who also is running for mayor.

The safety committee’s agenda, posted for Wednesday’s meeting, does not include discussion of the personal video cameras, as was announced during the news conference.

“Council Member Gary Schiff, in fact, asked me to put it on the agenda, and I told him I would speak to the chief to see if she was ready for it to be on the agenda,” said Samuels. “It’s not on the agenda.”

Samuels said he was invited by Hodges to participate in the news conference a few hours before it was scheduled to begin, and when he asked if the mayor and police chief would be there, he was told no.

He says he is surprised by the urgency to move ahead.

“It seemed to me to be hurried, so I questioned the wisdom of haste,” Samuels said. When he asked Hodges why she was moving so quickly, “Nothing she said convinced me that it was necessary to be that hasty, and I told her that and that I thought it was inappropriate,” he said.

Samuels said he had a prior commitment and decided to keep to his schedule and not attend the news conference. 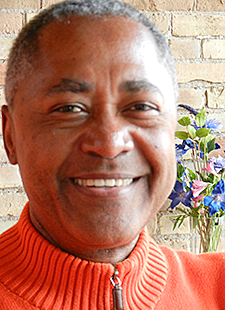 MinnPost asked Hodges for her reaction, but a staffer said she would have no comment on the development.

Because of the sensitive nature of some encounters civilians have with police officers, the rules for use of the video cameras need to be firmly in place before they are in use. Samuels said this is particularly true in cases involving children, domestic abuse and sexual assault.

“This could potentially become evidence in a case, so how long do you keep it, who keeps it and who gets to watch it?” asked Samuels, who compared the technology issues to the data-practices problems encountered when license plate readers were a new tool for law enforcement.

“It becomes embarrassing for the city when a cost is incurred because we did not follow a careful process,” said Samuels. “If this were to become the way to do things, no matter how important or significant it is, it would be pretty chaotic at City Hall.”