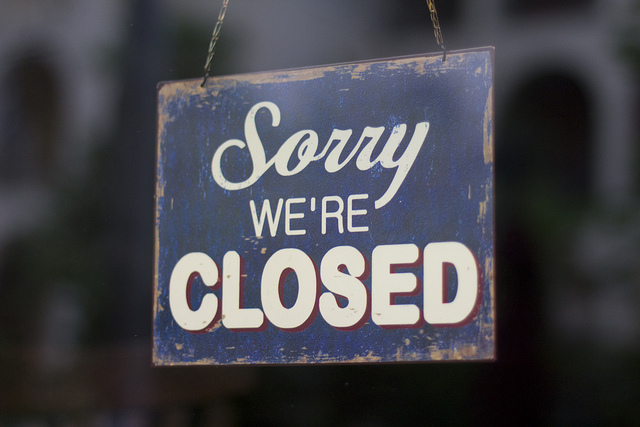 The mail came, planes took off and Congress continued to bicker. For most Minnesotans, weary of cliffs, sequestrations and other crises generated by political brinksmanship, the first few days of the federal government shutdown seemed relatively painless.

It’s not likely to stay that way for long, however.

The term “shutdown” suggests that a giant machine comes to a halt all at once, when in fact the everyday business of the U.S. government is essentially winding down one bureaucratic chunk at a time.

The moment when the lights go off at local government agencies and service providers is a moving target, according to state officials. What they do know: By Nov. 1, funding for a host of programs that tens of thousands of people rely on may run out.

And in coming days, even more Minnesotans are going to feel some of the pain. Here are some samples:

Social Security payments will continue to come, but good luck getting answers if you have questions. And good luck paying the bills if you depend on Uncle Sam for your livelihood via most any other route. If you depend on disability payments or a pension from the Department of Veterans Affairs, for instance, be forewarned there are two to three weeks’ worth of funds remaining.

Elderly designed by Olivier Guin from The Noun Project

If you’re one of the 15,000 federal employees in Minnesota, chances are you’re not going to be paid for the foreseeable future. As of Friday, 1,000 of you already have filed for unemployment benefits — although state officials are quick to caution that it’s impossible to tell how many of those applications were sparked by furloughs. Right now, the furloughed can take advantage of their local state Workforce Centers. But — think ironies — some of their functions are federally funded, so going forward, this could change.

Many of the rest of you federal employees — Transportation Safety Administration workers, FBI agents and food inspectors, to name a few — get to continue to report to work but will not be paid until Congress acts.

State employees can probably exhale. The feds fund the equivalent of 3,000 state jobs, but that money doesn’t necessarily translate to specific jobs on the chopping block. The funds may pay a portion of a position or a program — frequently one that oversees other federal funds. And if layoffs are in the offing, the process would be protracted. Most state employees who would be affected are covered by collective bargaining contracts that require 21 days’ notice. How long will the taps stay on elsewhere? The answer basically boils down to whether the agency in question, state or federal, has a rainy-day fund or funds left from the last fiscal year.

Case in point: You can still use the U.S. Army Corps of Engineers’ locks and dams for either recreational or commercial purposes. But the skeleton staff at the St. Paul District’s offices suggests calling ahead if you want to visit or use any other Corps locations. They’re being shuttered one by one as their individual pots of money run out, something staff says will happen within “days.”

Ship designed by Nicolas Molès from The Noun Project

Get your flu shot, if you haven’t already. The Centers for Disease Control has suspended its annual seasonal flu program, as well as support to states for infectious disease surveillance. What this means for the vaccine supply is unclear as of press time.

Anyone who supplies or relies on the federally funded Senior Nutrition Program, the Supplemental Nutrition Assistance Program — aka food stamps — and Women, Infants & Children (WIC) should keep their appointments and continue to accept vouchers from those programs through October. Early next week, state officials will begin figuring out what happens Nov. 1.

Shopping Cart designed by Renee Ramsey-Passmore from The Noun Project

If your family participates in Head Start, also SOP until the end of the month: The state Department of Education can keep the lights on. And it may be able to reimburse schools for some time beyond that for the free and reduced-price school breakfasts and lunches that are often the lone nutritious meal for some 325,000 Minnesota kids.

Native American children in foster care or residential care will lose their support right away, as will a number of tribal government-related activities.

Women and children icon: People designed by Monika Ciapala from The Noun Project

Want to know how big the hail that felled your hostas was? You’re out of luck. The National Weather Service Twin Cities office, located in Chanhassen, will continue to forecast and report weather conditions, even though at the national level, some of its online data systems have “gone dark.” But desperately short-staffed since sequestration began earlier this year, the local operation has already cut back on non-essentials such as sending meteorologists to safety camps and other events and working with storm spotters who supply details such as the size of hail.

You can still get on a plane and you can still get a passport for overseas travel — provided you don’t have to apply for it in a closed federal building. The public service center in the basement of the Hennepin County Government Center in Minneapolis is one good bet.

Don’t bother, though, if you want that passport so you can tour the 24 cemeteries operated by the American Battle Monuments Commission on foreign soil. Nearly 125,000 soldiers who died during overseas campaigns are interred in the cemeteries, which are closed.

Passport designed by Aaron Austin from The Noun Project

There’s a Surly joke lurking somewhere in this one: You cannot get a permit to open a new brewpub until the U.S. Treasury Department’s Alcohol and Tobacco Tax and Trade Bureau comes back on line.

Beer designed by Julia Soderberg from The Noun Project

Even fewer Minnesotans are likely to be affected by the suspension of the Bureau of Land Management’s wild horse and burro adoption program, although the cessation of timber sales on BLM land could put some out of work.

If you are a researcher or an employee at a state institution of higher education who is dependent on the flow of federal research dollars — the University of Minnesota alone receives $53 million a month — your funds are safe, provided they have already been appropriated.

You want a grant to support your efforts to prove you can cure cancer? Tough luck. You have cancer and want to enroll in a new clinical trial to test a cure? Even tougher luck: The process for registering for new trials has been suspended, too.

Microscope designed by Scott Lewis from The Noun Project

There’s good news and bad news concerning the Internal Revenue Service’s near-total closure. If you were dreading an audit, the taxman isn’t coming right away. If you need anything else — maybe you’re one of the couples who is eligible for a refund because your existing gay marriage is now recognized — you’ll have to wait.

Also on hold: Small business loans, the handling of discrimination and other civil rights complaints, and employers’ ability to verify the eligibility status of new hires.

Paper designed by Nikita Kibirev from The Noun Project

Prisons, federal courts and the U.S. Marshal service will continue to operate. Fun fact: This means that Ponzi schemer Tom Petters will get another day in court — or two more, actually. Claiming his attorney never extended a plea offer that he would have accepted, Petters is scheduled to return to St. Paul — from a federal prison and escorted by marshals — later this month.

Shutdown pain in Minnesota: What awaits you and your neighbors