Blame whomever you want, but it seems that the wreck of the elite Minnesota Orchestra is now complete.

With a brief statement, Osmo Vänskä is gone. Carnegie Hall is gone. Trust between labor and management is long gone. And more musicians are likely to  go. Update: Composer Aaron Jay Kernis submitted his resignation later in the day as director of the Composer Institute at the Minnesota Orchestra.

The only thing not gone is the bottom line of the Minnesota Orchestra’s board of directors: Musicians must accept large wage cuts now for the long-term viability of the orchestra.

All of this seems a little remindful of the words supposedly uttered by a U.S. Army major during a battle in the Vietnam War: “We had to destroy the village to save it.”

What’s left to save?

That’s a question that members of the Orchestra’s board of directors and Michael Henson, the CEO and president of the orchestra, will have to answer. According to musicians’ sources, management leaders were going to try to start that process this morning by meeting with orchestra “stakeholders.”

A day of bleak developments

But happenings Monday make the future bleaker than ever. There were all sorts of pressures for settlement — or at least productive negotiations — and nothing positive happened.

Musicians and management met for a little more than two hours, with musicians presenting two offers that called for modest pay cuts. Those pay cuts, however, fell far below what management says is necessary to “save” the orchestra into the future.

According to Tim Zavadil, a clarinetist in the orchestra and the head of the musicians’ negotiating team, no sooner had the meeting ended than he learned that management was announcing cancellation of the Carnegie Hall dates.

“The cancellation was done very quickly,” Zavadil said. “It seemed liked they walked out the door [of the negotiating room] and hit the send button [to announce the cancellation].”

His point, of course, was that management wasn’t serious about negotiating.

The Carnegie cancellation set in motion the resignation of Vänskä. 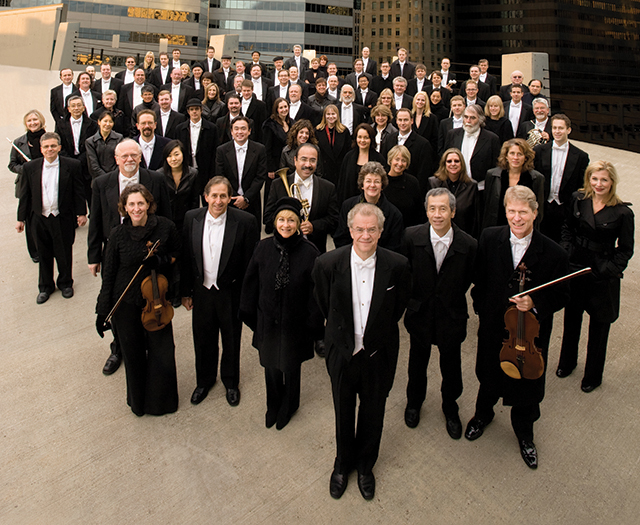 That resignation came as a jolt to musicians, and presumably music lovers in the region. But it probably shouldn’t have.

Long ago, Vänskä had made it clear that if the Carnegie dates had to be scratched, he’d feel forced to leave.

And Henson, in Twin Cities interviews early last month, had made it just as clear that orchestra management was willing to accept the loss of Vänskä. In an interview on Minnesota Public Radio, Henson had said that the Minnesota Orchestra had had “world renown” conductors before Vanska and presumably could find a conductor of great stature to replace him.

But like sports teams, orchestras need a special chemistry to perform at their highest levels. And Vänskä, Zavadil said, was a key for creating just the right mix of “discipline, musicianship and confidence.”  The orchestra had the respect of Vänskä.

“Everyone was buying into his vision,’’ Zavadil said.

But then, Vänskä was able to get that buy-in in part because there was a feeling of good will among board members, musicians, management and patrons.

Zavadil recalled that when he made the move here from the Louisville Orchestra seven years ago, he received calls and emails from friends and fellow musicians.

“Everyone was saying, ‘You’re going to a place where everyone wants the same thing,’ ” Zavadil recalled.

The goal was greatness.

But that sense, Zavadil said, started to fade in about 2009 and “trust is crushed” now.

What path back to greatness?

It’s hard to imagine how that’s brought back now. The union has unanimously rejected each contract proposal by management. And management has barely listened to proposals made by musicians, or by a plan arranged by mediator George Mitchell.

And now, with the superstar conductor gone, it’s hard to imagine how long it will take for the public to come back to Orchestra Hall, even if the two sides could reach agreement.

Zavadil compares the situation to that of the Miami baseball team. The city has a dazzling new ballpark, built with public money. But attendance has been poor and ownership of the team slashed payroll for financial sustainability. The team played poorly — even worse than our Twins — and attendance continues to fall.

“A friend of mine tweeted a picture of  the line outside their stadium when they opened season ticket sales this year,” Zavadil said. “There were four people in it.”

That’s the situation Minnesota faces, he said. There’s a beautiful, re-modeled (for $50 million) hall but no aspiration for a great orchestra.

What’s different now is that Vänskä is gone, as are prestigious dates at Carnegie. Those losses could create disgust and apathy among music lovers.