If church leaders had taken action in the wake of Father Thomas Adamson’s first admission that he sexually abused a young boy, Jim Keenan would likely never have met him, much less ended up one of the priest’s dozens of victims.

“There is no reason our paths would have to cross in a ministerial way,” a tearful Keenan said Thursday at a press conference held hours after the Archdiocese of St. Paul and Minneapolis was compelled to release a list of priests “credibly accused” of abusing minors.

According to court filings, Adamson’s first documented transgression took place in 1964. Keenan was born in 1967. Before Keenan was molested at the age of 13, the priest had confessed to perhaps dozens of inappropriate sexual encounters with boys.

Adamson’s is the very first name on the alphabetized list, which Keenan and his attorneys, Jeff Anderson and Mike Finnegan, have been seeking for a decade. Five years ago, the Savage man turned down a financial settlement, saying he wouldn’t accept any agreement that did not include the list’s release.

“It’s the right step, but it’s a tiny step,” Keenan said. “They have to follow the rules like you and I.”

Indeed, if there’s one thing the release of the list drives home, it’s the likely number of people out there who have yet to speak out. The priests on the list have served in more than half of Twin Cities parishes — sometimes more than one at a time. And lists maintained by Minnesota’s five other dioceses contain some 74 more names.

The release of the lists already has allowed survivors’ advocates to begin comparing notes and finding discrepancies. Thursday evening, for example, an abuse survivor who has tracked allegations against priests and monks with connections to St. John’s Abbey released the names of three clerics whose offenses were brought to the archdiocese’s attention.

According to “Behind the Pine Curtain,” a database maintained by Patrick Marker, an abbey priest molested a 14-year-old boy while working at St. Mary’s in Stillwater; another abbey priest worked in several Twin Cities parishes during the 10 years he abused a boy who was 13 when the molestation began; and a third abbey priest was employed as a layman in the archdiocese at the time of his offense. 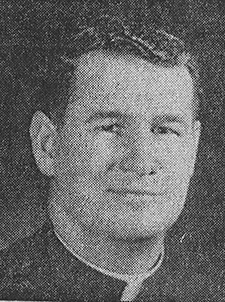 The archdiocese had said it would release the names of abusive archdiocesan priests who are still alive and living in its geographic territory. According to some canon lawyers who have followed the mushrooming scandal, this was in part because priests belonging to religious orders on assignment in the diocese are not technically a bishop’s responsibility.

The statement finally published in the archdiocese’s official newsletter, the Catholic Spirit, suggested the parameters had been broadened.

“Included in this disclosure are clergy members from other dioceses or religious orders who at one time worked in the archdiocese and were accused of engaging in sexual abuse of minors in our archdiocese, to the extent we have reliable and sufficient information to determine whether the claim was credible and could be substantiated,” it said.

Marker’s postings came too late Thursday to give the archdiocese a chance to respond; any comment forthcoming will be appended here.

The list released Thursday did contain one name in the news recently but not on the list in 2004 when it was composed as a part of a church survey in the wake of the 2002 start of the modern scandal. Curtis Wehmeyer pleaded guilty last year to abusing two boys, among other charges. According to the church whistleblower who touched off the current scandal last fall, top archdiocese officials decided in 2011 to leave Wehmeyer in ministry despite the allegations against him.

Not on the list: Father Thomas Keating, who was placed on leave recently after a woman sued, claiming he molested her in the 1990s when she was a teen and he was a seminarian. 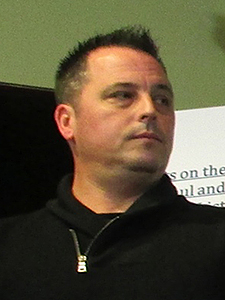 Incomplete though it may eventually prove to be, the list’s publication is a major victory for Anderson, who has asked courts to order its release six times over the last decade. It was given to his firm in 2009, but under seal. Seven of the names on the list had not been previously disclosed to the public.

Old though the names and allegations on it may be, the list illustrates how extensive the sex abuse crisis could eventually prove to be. In response to the allegations against Adamson, for instance, church leaders moved him to new parishes where he had access to children whose parents had no warning. One was abused for more than 10 years, according to the documents.

Now 80 and living in Rochester, Adamson remained in active ministry for more than two decades after his first admissions. He was finally removed in 1985, five years after his last confession.

Even then, it’s not clear that Adamson was removed because the church finally concluded he was a continued danger to children. In 1984, Anderson sued the archdiocese over Adamson’s alleged abuse of an altar boy at St. Thomas Aquinas in St. Paul Park.

“Top officials allowed these offenders to abuse and abuse year after year,” Anderson said. “Every day information is being filled in and revealed to us that we did not know.”

At the news conference, Keenan, abuse survivors Al Michaud, James Heutmaker and David Pususta and their attorneys pleaded with sex abuse survivors who may now be willing to break their silence to come forward.

“To any victim that’s watching, stand up, take some power,” said Keenan. “There’s a lot of people who will stand with you.”