Crime has always been an issue for metro-area college campuses like the University of Minnesota, but — in the words of Pam Wheelock, the school’s vice president for university services — the “times they are a changing.” 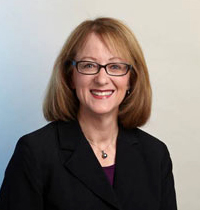 While crime stats are down overall in the city of Minneapolis, a recent rash of violent crimes on and around the U of M campus, including two rapes and an uptick in armed robberies, have students and parents concerned. University officials and representatives from schools across the metro testified to those problems at a state Senate Higher Education and Workforce Development hearing on Tuesday, detailing how campus crime is changing as more students flock to the Twin Cities and carry around expensive mobile devices everywhere they go.

In particular, the U of M is going through major growing pains. The historic Dinkytown neighborhood near the university is experiencing an explosion of apartment construction, and the student population has grown more dense in near-campus neighborhoods like Marcy Holmes, Prospect Park and Como. The Central Corridor Light Rail line is set to be up and running next year; it will bring more students and outsiders directly on campus than ever before.

While the U of M has pumped more than $16 million since 2004 into improving safety around campus, the changing times might mean more money is needed, or it could simply mean it’s time for a change in strategy.

“The question that recent events pose is: Do those investments continue to be sufficient?” Wheelock asked lawmakers gathered in the state Capitol. “Are there key differences in the type of crime that suggest that strategies need to change?”

In U of M area, 28 robberies since August

In all, there have been 28 robberies nearby or on the U of M campus since August, and a large number of those incidents involved a weapon. That’s an increase from recent years, U of M Police Chief Greg Hestness said. Since 2004, there have been an average of 19 robberies on or near campus during the fall. 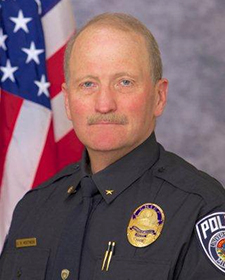 Hestness and others said the uptick this year can largely be attributed to a new phenomenon that law enforcement calls “apple picking” — thieves are drawn to campus and nearby areas specifically to nab cellphones and laptops and turn them over quickly for a profit.

“Every backpack has a laptop, every pocket has a smart phone,” Hestness said. “The presumption is that everyone’s got one.”

Recent sexual assaults on campus have also startled students, including one incident in which a man posed as a police officer. In another case in late October, a 19-year-old student was walking home from a party near Van Cleve Park when a man assaulted her while two others watched.

The university has taken actions since the trends have been spotted. They’ve hired three new officers, bringing the U of M’s police force up to 50. University officers have put in more than 200 overtime hours since mid-October to help curb robberies, costing the school roughly $15,000, Hestness said. In an unusual move,  the city of Minneapolis has also added extra patrols near campus on the weekends.

But is it enough? Not for several students who lined up at the hearing to testify.

U student Matt Forstie said the sexual assault in Van Cleve Park happened right near his house, and several of his neighbors have had their homes broken into. “We feel targeted,” U student Rachel Sadowski said.

Students have been working with the university and law enforcement to increase public awareness of the crimes, recently organizing a letter-writing campaign, a safety walk and door-knock in nearby neighborhoods. But there’s more that can be done, they say, including an increase in lighting around campus and more patrols in neighborhoods like Dinkytown and Marcy Holmes, where many of the incidents have taken place.

The string of crimes could also impact the university’s enrollment, said Danita Brown Young, the U’s vice provost of student affairs. While some students are considering moving off campus and out of Minneapolis, others are looking into transferring to a different school, she said. Some prospective students are rethinking going to the university at all. 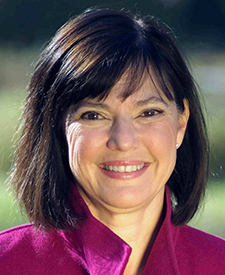 It’s not just the U of M that’s affected. Representatives from colleges across the metro — including Minneapolis Community and Technical College, Augsburg College and the University of St. Thomas — voiced similar struggles, as did law-enforcement officials from Hennepin and Ramsey counties.

“Unfortunately our metro higher-ed institutions have had to deal with this issue for years,” said DFL Sen. Terri Bonoff, the committee’s chairwoman. “What is new and deeply disturbing is the boldness with which criminals are carrying out these acts. Our students should have no doubts about their safety when walking to and from class.”