In one case, it helped police find a man in the woods who had been missing for 24 hours. In another instance, a parent abducted their child and fled to Pennsylvania, but the technology helped deliver the child home safely. It even led police directly to a 14-year-old missing girl locked in a hotel room. She was about to be sexually abused when they arrived.

In all of these incidents, Minnesota law-enforcement officials say the use of secretive cell-phone tracking devices were critical in quickly solving crimes that had stumped police using traditional methods.

But lawmakers in Minnesota are taking a closer look at so-called “cell phone exploitation” devices – more commonly known by model names Kingfish and Stingray – after concerns have arisen regarding the ability to track the locations of a body of cell-phone devices at once. In those cases, the police are tracking the whereabouts of not just suspected criminals, but potentially thousands of third-party innocent citizens.

With concerns about mass surveillance and data privacy growing nationally, legislators want to know more about what kind of data local law-enforcement agencies are collecting and how they plan to use it. Others say the state’s privacy and protection laws haven’t kept up with rapidly changing technology. 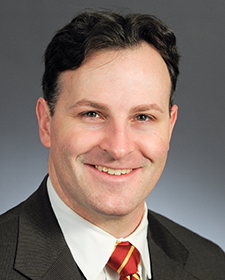 “My first reaction was not what they are using it for, but what it could be used for,” said DFL Rep. John Lesch, chair of the House Civil Law Committee. Lesch and a bipartisan group of lawmakers have asked law enforcement to answer questions about the devices in a legislative hearing next week. “I guarantee you, if the Edward Snowden NSA leaks had happened in a time when we had been threatened, or during a time of war, it wouldn’t have generated near the interest it is generating now.”

Cell-phone tracking devices, which are portable and can fit inside of a suitcase, work by impersonating a cell-phone tower and tricking a phone to connect to it using its own antenna. All it takes is for the phone to be turned on to work, and it allows police to track the cell phone without getting a warrant from a service or provider. In most cases, law-enforcement agencies need a simple court order to use cell-phone tracking.

Currently two law-enforcement agencies in Minnesota are known to use cell-phone-tracking devices: The Hennepin County Sheriff’s Office has used the devices since 2010, and the Minnesota Bureau of Criminal Apprehension bought its first cell-phone tracker in 2005. In a quest to find more information, data privacy activist Rich Neumeister has asked several other police departments if they also use the devices. So far, he hasn’t learned of other agencies using cell-phone tracking in Minnesota.

Cell-phone tracking is becoming a more popular method with police around the nation, used in at a least a dozen local law-enforcement agencies in states like Florida, Texas and California. The situation is similar in many cities – residents didn’t know their cell phones could be tracked. 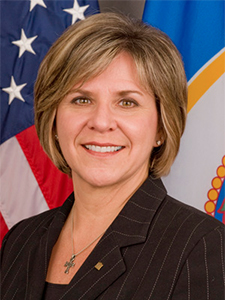 Law-enforcement agencies generally prefer to stay quiet about the technology in order to protect ongoing and future investigations. The Hennepin County Sheriff’s Office declined to comment for this story. But in a letter to DFL Sen. Scott Dibble, one of the lawmakers calling for a hearing on the technology, Department of Public Safety Commissioner Mona Dohman said the devices do not allow police to read emails or text messages or listen to phone calls [PDF]. What they do is allow law enforcement to track locations in real time.

Dohman said there have been no breaches of the data obtained by the cell-phone-tracking devices, and said the information is only “temporarily held” until it’s overwritten by a new investigation. Data is only held long term if it’s part of an ongoing investigation.

Dohman listed of a handful of examples, including abduction cases and the near sexual abuse of the 14-year-old girl, in which cell-phone tracking helped the Bureau of Criminal Apprehension solve crimes. “This technology has been vitally important in our efforts to locate people quickly, mitigate further criminal actions and save lives,” Dohman wrote.

Nationally, these devices have sparked a debate about technology and the Fourth Amendment.

“They say this info isn’t private because it’s just identifying technology to see who is in the range on their device. We think it’s incredibly private,” said Nathan Freed Wessler, an attorney working on privacy issues with the American Civil Liberties Union (ACLU). “It’s not just showing you the range and movements of a potential suspect, but thousands of people at a time. It shows if you are sitting in your bedroom or your living room at that time, if you are in a doctor’s office or a psychiatrist’s office, if you are in your lover’s bedroom.”

University of Minnesota law professor and privacy expert William McGeveran says the distinction between so-called metadata – a set of data that describes other data – and the ability to read and listen in on personal information has become an important one. Both can contain private information.

“Traditionally under Fourth Amendment law and other privacy law this metadata does have a different status. The famous analogy is it’s like reading the address on the envelope of a letter but not steaming and opening the letter to read it,” McGeveran said. “There’s less private information in the metadata than in the content, but that’s not the same as saying there’s none in the metadata. There are ways in which particular locations in which you are found could be private or embarrassing.”

Concerns about the devices have already been aired in the courtroom. The FBI used a court order to use a Stingray to track down an Arizona man, Daniel David Rigmaiden, who was accused of submitting fraudulent tax returns in order to collect millions of dollars worth of rebates. In 2012, Rigmaiden filed a motion to suppress crucial evidence against him that was collected using the cell-phone tracker, but a U.S. district judge denied that motion.

Last April, a federal judge ruled that the FBI couldn’t delay releasing a request for public data on the controversial technology from a Washington-based data privacy watchdog group.

But a more revealing case, McGeveran said, was the 2012 U.S. Supreme Court ruling on “United States v. Jones,” in which justices found that using GPS technology to monitor a suspect’s whereabouts long term constituted a ”search.”

In her concurring opinion, Associate Justice Sonia Sotomayor said even short-term location monitoring can reveal completely private destinations, like “trips to the psychiatrist, the plastic surgeon, the abortion clinic, the AIDS treatment center, the strip club, the criminal defense attorney, the by-the-hour motel, the union meeting, the mosque, synagogue or church, the gay bar and on and on,” she wrote. “This approach is ill suited to the digital age, in which people reveal a great deal of information about themselves to third parties in the course of carrying out mundane tasks.” 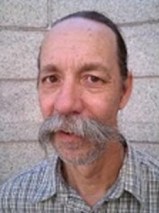 Neumeister, who has spent decades lobbying on data privacy laws, would like citizens to eventually get notifications when they are being investigated using the technology.

“Our laws have not kept up with technology,” Neumeister said. “Where would all of your documents been decades ago? They would have been in your desk drawer, and police would need to get a search warrant to look at those. Now it’s all up in a data cloud. People should have the same protections and rights and liberties as they had 25 years ago.”