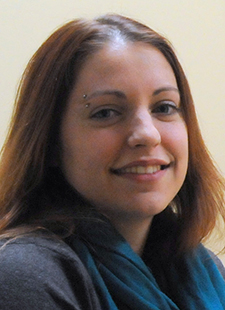 Rebecca Lozano is a certified MNsure navigator and the outreach program manager of Portico Healthnet, an organization that has assisted people with finding health coverage for nearly two decades, mainly focusing on public programs.

Portico received a $378,000 outreach grant from MNsure in October, which allowed them to hire four full-time navigators on top of their existing staff.  The organization has so far helped nearly 300 people get coverage for Jan. 1.

Lozano recalls the first outreach event she did in mid-October, where she helped a roomful of people at the Dakota County Public Library in Apple Valley begin accessing health coverage:

It was really kind of a computer-lab type setting . … All and all, I think there were 27 people there that night… so we had really good turnout for the event. Most people were able to create accounts, so most people actually got enrolled, but it was still rather early, so we didn’t necessarily know a lot about strategies in working with the application and the system and things like that.

I remember one family in particular that their daughter was now going to be eligible for Medical Assistance and didn’t have any type of insurance prior to that, so they were really excited about it. …

MNsure is a huge deal. MNsure is probably the biggest deal that I can think of. … It’s really the biggest impactful change in health care since Medicare. The ability for somebody to go and essentially get their own health care, get their eligibility determination in real time is a really, really big deal for people.

Prior to Oct. 1… we were getting people enrolled in many of the state health care programs, in addition to helping people find any community resources. And also enrolling people in our alternative-care coverage program that we have at Portico, so we work constantly to connect people with the right program at the right time. And that’s what Portico has been doing for the past 19 years.

I think we kind of anticipated [changes from the Affordable Care Act] before it even happened. We were gearing up for it. … We really tried to hit the ground running with our approach. And we had talked about different ways that we were going to do enrollments, by sending our navigators out to different community centers and food shelves because we anticipated that the client need was going to be so much greater with these policy changes. So, we really had a plan in place to meet that challenge.

As the system continues to improve and our knowledge of how to use the system improves, doing those group enrollment events … has really worked well, and so we’re definitely working on expanding that approach.

People can be surprisingly patient. They know that this is a new system. They know that there’s going to be some potential challenges, and we try to be as honest as we can with people. … Either way those people will be getting enrolled. It’s just a matter of when.

I actually interacted with one woman who was actually getting insurance for the first time [at the Dakota County event]. Even the computer system was brand new for her, so I spent some time with her, explaining the system. …

I remember her being really confused as to how you create your username, why can’t her username be her password as well, and basic things that a lot of people don’t necessarily think about, especially people where their reality is a lot different from my average reality, for example.

She was so proud … that she was able to make that account for herself and she was really, really happy to be able to have that opportunity [to be on MinnesotaCare].

I felt really good. It was the first time to be able to do enrollments, and to have a few of them be successful was really exciting. The event before that event, the system was down. … Another navigator from here, she went to that and came back [to report that] ‘People were upset. They had really big expectations for this, and it was one of the first events.’ …

She was really disheartened, so my expectations were really low for the second event. But it turned out so well and I was just thrilled. I mean, it was fantastic.