MNsure has proof that the exchange is working better for consumers – a distinct change from past claims – but the fledgling marketplace has a long way to go before it’s fully fixed and on firm ground.

The exchange’s leaders went before lawmakers tasked with overseeing the marketplace on Wednesday, where they described efforts to bring on a new lead technology vendor to fix MNsure, a contract to beef up its call center and potential difficulties remaining financially solvent.

They described how error rates have declined significantly for consumers using the web site and how call center wait times also have precipitously dropped, and announced that 50 additional contracted call center staff hit the ground on Wednesday.

Later, during a MNsure governing board meeting – Wednesday was a bit of a marathon for MNsure staff – interim CEO Scott Leitz said significantly fewer people were “stuck” in the system, a huge problem in November and December that plagued the exchange.

But while MNsure’s data show an improving exchange, staff, leadership and lawmakers acknowledge more work needs to be done. Fixing the complicated IT systems could take years, according to outside analysis.

“We came up. It was brutal,” Tom Baden, the IT project lead on MNsure, told the governing board. “We’ve come a ways. We’ve got a long way to go.”

MNsure hopes to have a new lead vendor on board near the end of the month. The new vendor – a call for proposals went out on Sunday – would resume the role that Maximus, Inc. ceded to the state last year.

The vendor will also help MNsure decide if it should continue plodding forward with its current system, throw the expensive technology out and start over, or some mixture of the two.

MNsure has said that new federal requirements on an unforeseen timeframe made it necessary for the state to take over managing the project last February. Leitz said the new vendor would have the “appropriate expertise” to manage the project.

But, so far, MNsure officials – the governing board wasn’t in place when the decisions were made and the executive director in charge of the exchange then stepped down – have mostly sidestepped whether it was a good idea to cut out the lead vendor on the massive exchange project as federal deadlines loomed.

It even took some time for MNsure officials to acknowledge that the contract change was significant in the development of the exchange. The move wasn’t publicized at the time it was made, though contract documents are available upon request. 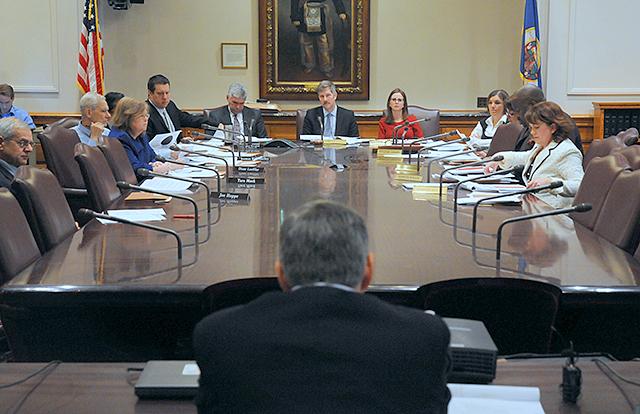 “To be blunt … MNsure as an organization took over that general contractor role last spring sometime before any of us in this room were involved, and it didn’t go as planned,” MNsure Board Chairman Brian Beutner told lawmakers Wednesday morning. “It didn’t go as well as people wanted.”

Speaking before the same panel, Leitz said MNsure would work to prevent the state from making the same mistakes on the project again.

“That role that Maximus was playing is a role that we will be asking this incoming vendor to play,” Leitz said. “With regards to how we can prevent that from happening again … our goal here is to select a vendor who has appropriate expertise for the tasks that we have in front of them.”

Though that contract is still up in the air, consumers should soon begin feeling the effects of an up to $750,000 contract MNsure signed to improve its call center. The contract, with APAC Customer Services, Inc., means that 50 additional contact center staff joined the exchange on Wednesday.

MNsure was also happy to tout a new way of measuring the exchange’s progress.

Acknowledging that it isn’t necessarily a perfect means of illustrating how people use the exchange – some people make it through securing coverage without any problems, while others get stymied along the way – Leitz said that per-click errors have dropped from a high of 17 percent to about 5 percent. 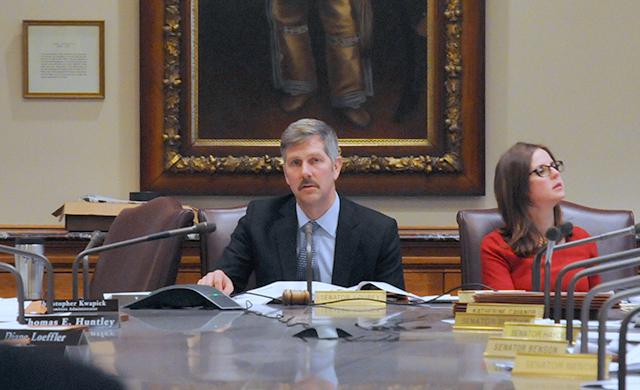 The measure refers to when a consumer interacts with any feature on the MNsure website. In October, when consumers interacted with the exchange site to purchase insurance, there was an error nearly 20 percent of the time they clicked on something. Now, when consumers click on buttons and links, that number has dropped to about 5 percent.

“We’re not trying to say that everything has been solved,” Leitz said after the board meeting. “It is a more stable system, and it has gotten better … [but] we still have a lot of work to do, and I don’t want to undersell that either.”

Still, there are concerns that low enrollment could mean MNsure won’t be solvent. Crude estimates show the exchange could run a deficit in 2015, but so far both lawmakers and MNsure officials have said that the Legislature won’t have to hand out more money.

“There are many legal options we would have to enhance the budget of MNsure,” Sen. Tony Lourey, DFL-Kerrick, who co-chairs the oversight committee, said after Wednesday’s meeting.

“The question is whether that’s feasible and whether it’s something we’d want to do.” 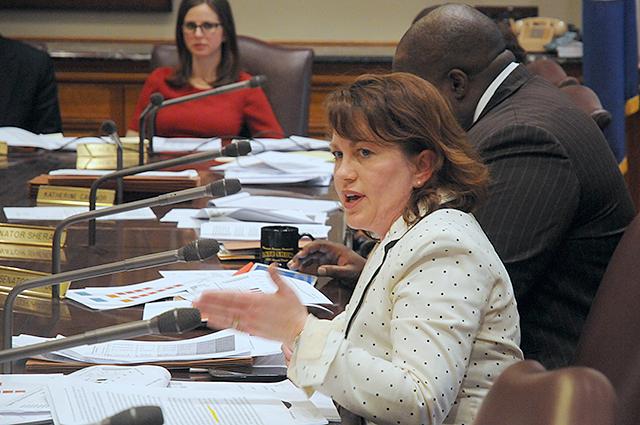 Sen. Michelle Benson, R-Ham Lake, an exchange opponent who has been tough on MNsure officials, said it’s unlikely Democrats want to open up the exchange during the 2014 session.

Republicans have been hammering Democrats on MNsure as the 2014 gubernatorial and House elections loom.

“I don’t think Sen. Lourey wants any MNsure legislation to come forward,” she said. “I think he would like them to fix it internally to the extent they can.”

The exchange has about $50 million in untapped federal funds, though some of that money has specific uses, according to a presentation to the governing board on Wednesday. There are also time limits on when the money can be spent.

If MNsure needs additional money to hire the new technology vendor, Leitz said the exchange could ask the federal government for additional assistance.

But forecasting into 2015 is premature. MNsure must present a new budget to the Legislature by mid-March.

So far there have been 92,500 public and private enrollments in the exchange. That includes 29,500 private enrollments. Those numbers are lower than even the lowest scenario initially anticipated, and could spell trouble for MNsure’s budget moving forward. Withholding a small percentage of insurance premiums sold on the exchange funds MNsure.

Small business enrollment also is troubling. The number of small business employees enrolling in coverage – which also helps fund the exchange – is only at 4 percent of projections, according to MNsure data.

“The numbers are lower than we would like them to be,” Leitz said. “If enrollment lags in any areas, then we have to ask the questions.”