Barbara Johnson has served as Minneapolis City Council president for the past eight years, but this time around she faces a new challenge: heading a council where a majority of its 13 members are newcomers.

But beyond her own on-the-job experience, she got to see up close another council president.

“Mother loved this city [and] knew the history,” said Johnson of her mother, the late Alice Rainville, the first woman to serve as council president.

“Her whole persona was tied up in working for the city, in being on the City Council and being president.”

She had to fight to get there. She was a firefighter’s widow raising seven children when her nephew John Derus resigned from the City Council after winning a seat on the Hennepin County Board. Derus wanted his brother appointed to fill out his council term.

This prompted a “little bit of a family spat,” Johnson said.

Rainville was a woman with a plan. As chair of her DFL Senate District, she convened a convention, got herself endorsed and went on to win the appointment. She took office in January 1975, won the election that November and was elected council vice president the next year.

Five years after she took office, her colleagues elected her to serve as their president.

“She was full of good advice,” said Johnson. “She was not a real talkative person, and she knew when to be quiet and listen.”

“Part of her power base was the ease with which people could go into her office, sit down and talk with her,” said Walter Rockenstein, who was the lone Republican on the council 40 years ago. “People felt very comfortable about going to Alice and talking about the problems they had in the ward or with their vision for the city.”

Says Rockenstein: “I served under both Louis DeMars and Alice Rainville. Both strong council presidents.

Of the two, he thinks DeMars was the stronger but believes both were skilled leaders.

“DeMars didn’t bully people, or exercise power because he liked power,” Rockenstein said. “He got his power because every afternoon about 3 o’clock he left his office and walked the halls. He’d stick his head into your office and say ‘What’s going on?’”

Then he would sit down and listen.

“He knew where everybody’s interests were, where they were on upcoming votes, what they were trying to do in their ward,” said Rockenstein, who remembers DeMars then using that information to build coalitions on the council. 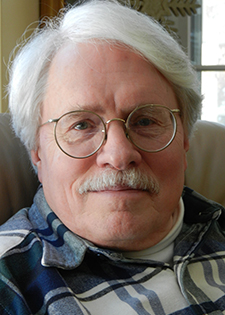 “The source of his power was the knowledge of where everybody was,” he said. Rockenstein also remembers then-Mayor Al Hofstede dropping in to chat with council members.

“Louie knew where Al Hofstede was on the issues. and we didn’t get many vetoes because we didn’t pass a lot of stuff that Al wasn’t prepared to sign,” he said. “If there was a problem with something, Louie would fix it before it got to the mayor’s office.”

“From Alice I learned the decorum of the job,” said former President Jackie Cherryhomes, who held the position from 1993 to 2001.

“Alice was such a lady. I learned from her how to conduct myself, hold myself and the stature of the office. She really nurtured me.”

Rainville did not have to be helpful, given the political realities.

Cherryhomes had defeated Council Member Van White, a Rainville supporter, which opened the door for Sharon Sayles Belton to successfully run for president and replace Rainville.

“I watched the transition when Mother wasn’t the president anymore,” said Johnson. Her mother took over as chair of the Intergovernmental Relations Committee, which directs the lobby efforts of the city, found a job she enjoyed and set another good example.

“She liked going over to the Legislature,” Johnson said. “She thought it was kind of fun.”

Rainville was not without a sense humor. More than once she said that raising seven teenagers had been good training for the job.

“From Sharon I learned that the council president really is — should I say the glue that holds everybody together? — and you have to spend time listening to people, encouraging them,” said Cherryhomes. “From Sharon I learned how to be the glue — how to take 13 competitive people and help them be 13 cooperative and consolidated people.

“From Sharon I learned how to build consensus,” she said. “The question is: After a difficult vote, how do you come back together again as a group to conduct the business of the city? That’s what Sharon taught me. You can’t stay mad. Staying mad gets you nowhere.”

“Alice forged paths for the rest of us as the first woman who was president,” Cherryhomes said. “I honor the path she forged for me.”

There’s a theme here that listening is important for council presidents. The alternative is risking a revolution. That’s what happened at Minneapolis City Hall in 1971.

That was the last time Republicans controlled the City Council. Richard Erdall was Council president and it was not going well. 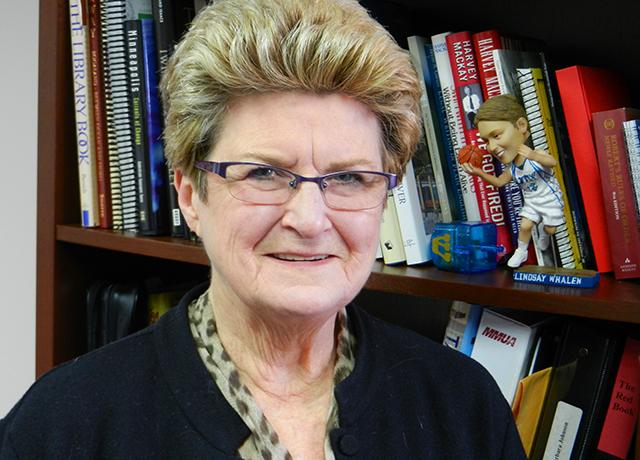 MinnPost photo by Karen Boros
Barbara Johnson faces the challenge of heading a City Council where a majority of its 13 members are newcomers.

The seven-member Republican majority was “an internal mess,” according to then-Alderman John Cairns, who was part of that caucus. Cairns and the six DFLers on the council formed a coalition and elected Cairns to replace Erdall as president.

“Gladys Brooks [also part of the Republican majority] and I and the Democrats worked well together,” said Cairns. “It was a good educational experience for me.”

And so it went for the next five months, but then Erdall came back, defeated Cairns and was once again the president.

Two years later, the voters cleaned house and the Republicans were sent packing, but Erdall had his moment of glory. As City Council president, he was first in line should the mayor be unable to serve — or decide to quit.

In 1973, then-Mayor Charles Stenvig decided to quit the day before his term expired. He was leaving office anyway because voters had decided to give Hofstede a shot at the top job.

Erdall served one day as mayor — Dec. 31, 1973 — and will forever live in the Minneapolis record books as Mayor for a Day.

Through the years, some of the powers once assigned to the City Council, and the president, have been given to the mayor. In the early ’70s, the city budget was proposed by the city coordinator and approved by the council. The mayor had veto power, but aside from that, was a spectator during the budget process.

That changed during the DeMars years when the mayor was given the job of proposing the budget and authority to hire a chief financial officer. The Planning Department was also placed under the mayor.

During the years Don Fraser was mayor, the Executive Committee was formed. Chaired by the mayor, it oversaw labor negotiations, reviewed new policy initiatives and coordinated interdepartmental issues. The council president serves as vice chair of the committee and appoints three council members.

“I remember that Alice didn’t like it [the Executive Committee] because she had the idea that some council members were being placed above other council members in terms of their level of power,” said Rockenstein. “She didn’t think that was proper. She thought we were all equal.”

Council presidents also set the tone for council meetings and the manner in which the business of the city is addressed.

“Louie would not tolerate any kind of incivility on the floor,” said Rockenstein. “If you started to say something nasty about anybody else, and it didn’t matter which party it was, there would be this very light tap of the gavel. That was your warning.”

“Alice wouldn’t tolerate shouting,” said Rockenstein, adding that she might allow a little personal criticism but she had her limits.

Rainville set an example by not swapping her vote on your project for your vote on her project, according to Rockenstein. “She was pretty much ‘It it’s right, I’ll do it; if I don’t agree with it, I won’t vote for it.’

“The council presidents sets the ethical tone,” said Rockenstein, who remembers that both DeMars and Rainville made it clear about where their ethical lines were drawn. He sees those same standards in President Johnson.

“There are things Barb won’t do and won’t tolerate, and I think that’s the reason she got her votes,” he said. “People know there is a strong ethical center.”

Running Minneapolis’ City Council — and how not to stumble