Despite stern warnings from a federal judge to fix potential constitutional problems with the state’s sex offender treatment program, talks to revamp the program in the Minnesota Legislature have buckled — again — under political pressure.

Democrats, who control the Legislature, say a proposal to deal with issues raised by locking up about 700 offenders with little hope of release in the Minnesota Sex Offender Program (MSOP) is unlikely to move forward during the short legislative session.

The two political parties in the House have so far failed to strike a deal that would garner votes from both sides.

Republicans favor a plan that would create a less restrictive living facility for low-functioning sex offenders on the grounds of the MSOP facilities in St. Peter and Moose Lake. They’re referring to offenders who have mental or physical limitations that keep them from being able to successfully complete the program, such as the elderly.

“They aren’t about to hop a barbed-wire fence, but they could still pose a danger if they came in contact with potential victims,” said Rep. Nick Zerwas, R-Elk River, who has been involved in MSOP negotiations.

The proposal would get some people out of their indefinite confinement within the program without moving offenders into a new community, Republicans say.

But lead Democrats in the House say that offer doesn’t go far enough to fix the long-term problems and constitutional questions with the program. They prefer to adopt most of the final recommendations of the Sex Offender Civil Commitment Advisory Task Force.

In December, the task force recommended creating a panel of experts to advise county attorneys in recommending people for civil commitment. It also called for an automatic biennial review of people enrolled in the program and an independent judicial hearing process that first determines if a person is sexually dangerous. The task force also wants a separate hearing to determine where an offender should be treated.

Those changes, experts say, would create more options for offenders.

“That’s all fine with me, but you don’t need a bill for that,” DFL Rep. Tina Liebling, chair of the Health and Human Services Policy Committee, said of the Republican proposal. “That’s a bonding project that the department can propose and nobody would be opposed to that, but that doesn’t solve the problem we are dealing with.”

Talks have stalled with time running out in the short session. Without Republican votes on the table, Democrats haven’t moved forward with a proposal, fearing the issue will be used against them on the campaign trail this fall.

“This is a problem that’s created bipartisanly over a number of years, and it has to be solved bipartisanly,” Liebling said. “It’s such an explosive political issue, such a difficult one to deal with, that unless there’s buy-in from all sides here, nobody is going to be willing to move forward because it’s a very potent election issue.”

Minnesota currently houses more sex offenders per capita than any other state with a similar program in place. Only one person has been successfully released from the program in its nearly 20-year history.  The MSOP population exploded after the 2003 rape and murder of University of North Dakota student Dru Sjodin by a released offender.

Experts have warned that it’s unconstitutional to lock people up in a treatment center with little hope for release after they’ve served out their prison terms. But politicians and state officials have been reluctant to release offenders or make changes to the program, fearing political backlash for releasing an offender into a community.

Late last year, Republicans criticized Gov. Mark Dayton over the proposed transfer of six men from the Minnesota Security Hospital in St. Peter to a less restrictive facility in Cambridge.  In response, Dayton used his bully pulpit to throw the issue back into the legislative arena, publicly opposing those transfers and calling on lawmakers to make an MSOP fix a priority during the 2014 session.

Pressure is mounting to tackle the issue. In late February, U.S. District Court Judge Donovan Frank issued a strongly worded ruling that called on legislators to do something to fix serious constitutional questions with the program immediately or face court action.

“The Court, like others, will not hesitate to take strong remedial action,” Frank wrote. “The program’s systemic problems will only worsen as hundreds of additional detainees are driven into MSOP over the next few years.”

Frank and a team are currently reviewing case by case hundreds of offenders committed in MSOP as part of a class-action lawsuit (Liebling said she has introduced a bill this session that will pay the $3.5 million it will cost to complete that review process).

No plan in place

Without action from the Legislature, Frank could toss out the whole program out on constitutional grounds. He also could single out individual cases where continued commitment of the offender doesn’t meet constitutional muster. Without a legislative plan in place, it’s unclear where offenders would go.

“I’m not surprised it remains a politically charged issue, but I am surprised that the Legislature would be willing to risk a federal court takeover of this program,” said Eric Janus, a professor at William Mitchell College of Law and a member of the Sex Offender Civil Commitment Advisory Task Force. “Why would anyone want to delay that and risk a federal court order that could have very substantial consequences?”

It’s not unprecedented for the courts to order states to release prisoners. In 2009, a three-judge special panel ruled that widespread overcrowding in California prisons was unconstitutional and constituted “cruel and unusual punishment.” The U.S. Supreme Court upheld that ruling, and a federal judge ordered the state to release thousands of low-level offenders before their sentences expired.

“We do not have a publicly safe plan in place to deal with somebody that the court determines we are not longer able to treat under our civil-commitment laws. That is a failure on the part of the Legislature,” said Sen. Kathy Sheran, DFL-Mankato, who successfully passed a bill adopting many of the task force recommendations in the Senate last year.

“If the public isn’t scared to death about that, I don’t know what’s going to scare them,” Sheran added. “It scares the living daylight out of me.”

This session, Sheran has introduced another bill to fill out some of the final recommendations from the task force, but she’s skeptical anything will move to the governor’s desk this session.

The proposal passed off the Senate floor last year with support from Republicans, including Senate Minority Leader David Hann, but the bill was never brought to the House floor because Republicans and Democrats again couldn’t reach an agreement. 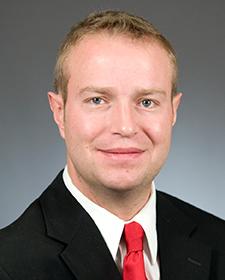 After Dayton’s call for legislative action, Zerwas and Liebling were part of high-level meetings with officials from the Department of Human Services and the Department of Corrections to find a solution before session started, but talks again broke down in the House.

“I was told that that [our proposal] was a non-starter,” Zerwas said. “They want a bifurcated trial system…. we could get there, probably, but we are not going to get there in a two-month session.”

“I’m somewhat frustrated. I didn’t think we could solve the whole MSOP problem in the shortened session, but I really felt like in the progress we were making, we were going to take a bite out of it,” he continued. “I don’t think that’s in the cards now.”

Liebling said she got no indication from Republicans that they would be willing to accept a two-part judicial review process, a key part of the task force recommendations.

“Bottom line is, there hasn’t been any real willingness from the minority in the House to move forward with this, and that’s why nothing has happened,” Liebling said.

GOP Sen. Warren Limmer, who has been working to resolve issues with MSOP for the last four years, says he fears the House will put off taking action until the court does, pushing legislators into a likely special session scenario to fix the problem.

“Then all the eyes of Minnesota will be focused on us and this issue and our failure to act when we should have,” Limmer said.  “When you have a federal court threatening action, it behooves us to do something ourselves.”