The last picture show at the Hollywood Theater in northeast Minneapolis took place 27 years ago. The building has been empty, but not forgotten, since then.

“I was there at one of the last shows, I saw ‘Hannah and Her Sisters,’ ” said Andrew Volna. “My friends and I were the only ones there.”

On Tuesday, a City Council committee is expected to approve selling Volna the Hollywood for $1. That’s a prelude to May 9, when the full council is expected to vote.

The exterior is Streamline Moderne Design, which evolved from Art Deco, and is crafted in Kasota limestone. Step inside and the interior — with a fountain in the lobby, terrazzo tile floors and stadium seating for nearly 1,000 — is pure Art Deco.

“When I was a kid, I used to see movies there,” said Volna, who remembers being unaware of his surroundings and heading straight for the candy counter. “The detail was lost on me [then].”

Rubenstein hired architects Jack Liebenberg and Seeman Kaplan to design his theater. Both were trained at the University of Minnesota and gained acclaim for designing an estimated 200 theaters scattered across the Midwest prairie.

They designed the Uptown Theater, also clad in Kasota limestone; the Edina Cinema; and the Suburban World. They also designed the Adath Jeshurun synagogue, which served the first Orthodox congregation in Minneapolis. That building, at 3400 Dupont Ave. S., is currently home to the First Universalist Church.

When the doors closed behind the last of the Hollywood’s movie crowds in 1987, the building sat empty until the city acquired it in 1993. It was described at the time as “rapidly falling into disrepair.”

At some point, the sump pump had failed. Water and ice had taken a toll on the interior. The electrical system was unsafe. The heating system, air conditioning and plumbing all needed to be replaced.

“I saw ‘Raging Bull’ there, I saw the ‘Blues Brothers’ there,” Volna said. “It’s been on my radar since then.”

The building sat empty for another decade before the city put on a new roof, installed a new sump pump, removed asbestos, pulled out the lead and turned on the heat.

Six years ago, Minneapolis put the theater on the market with an asking price of $275,000 for all 10,700 square feet “as is.” There was a “For Sale” sign on the building, there were open houses, and it was marketed as commercial space.

Somebody talked about converting the interior into apartments, but nobody actually came forward with an offer. It was considered a historic resource, but not on the “A” list, the National Register of Historic Places.

“It’s always sad to see neglect,” Volna said, “It’s immediately obvious when you look at the potential, you can see what it could be.” 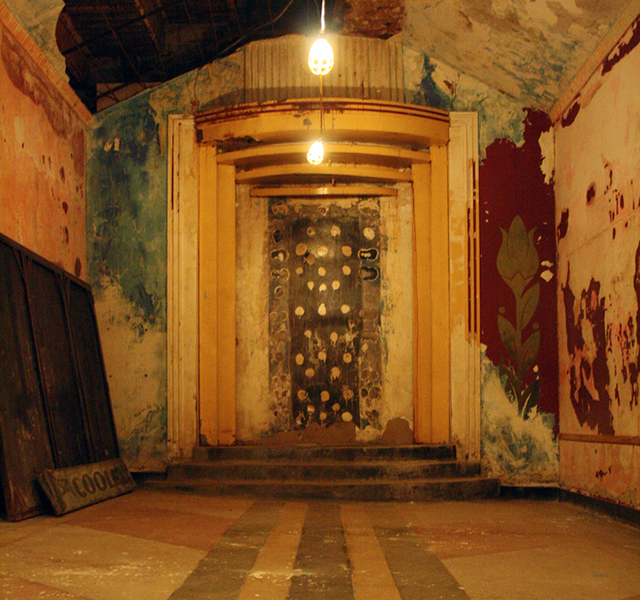 What the building “could be” inspired Volna to get involved. In 2012, he was granted exclusive development rights, estimating renovation costs at $1.9 million. He sees it as a commercial space for a business that values creativity. This February, he succeeded in getting the building listed on the national register.

“It will have a lot of ‘wow’ factor,” Volna said. “It’s an Art Deco wonderland.”

The city of Minneapolis and Volna are about to become partners. Under the agreement, Volna deposit $10,000 beyond the $1 purchase price. As owner, he will then complete minimum exterior and basement improvements, rehabilitate the outer lobby, reconstruct the ticket booth, and preserve historic relics.

The goal is to find a “user” for the building. Volna has done this before. He restored a classic Rayvic garage at 1501 E. Hennepin Ave. into what is now work space for tech provider Clockwork.

Said Volna of his newest venture, “Everyone recognizes now that the building needs to find a practical solution, or continue to deteriorate. I think people want to see the lights on and action there.”