Faced with social networking’s ubiquity, the Minnesota Legislature is discussing whether to liberalize online rules and, in effect, loosen Minnesota’s Open Meeting law.

A House bill has triggered bipartisan support and opposition. Supporters say freer rules reflect modern communication; opponents fear more decisions will be made out of the public eye, beyond council chambers and hearing rooms.

After more than a year of negotiations, bill sponsor Rep. Duane Quam (R-Byron) anticipates both chambers will take a final vote on his bill this session.

Currently, many politicians use social media to connect with constituents. However, questions arise when a social media discussion starts to look like a meeting.

That’s why the bill’s language would allow social media discussions if they meet a few requirements:

Small, rural local governments units are most likely to potentially violate open meeting laws; some township boards consist of only two or three members, so replying to a person’s tweet could constitute a quorum.

“It’s easy to have two people accidentally get in a conversation,” said Quam, who used to serve on a school board. “You stop and you are putting gas in at the same time and start talking about an issue, and technically you might be violating open meeting laws.”

The Internet makes that accidental interaction even more likely, he notes.

“This could open up our horizons a bit while allowing the use of things that are being used by a lot of people everyday,” said Gary Pederson, Minnesota Association of Townships executive director and main bill proponent. “It’s an enhancement of free speech; it’s not supposed to take away anything from those open meetings, and those meetings will still happen.”

The public’s right to know

Before any policy can be enacted, Quam has to clear some major hurdles. The first is the Minnesota Newspaper Association, which found the bill’s original version could “blow a huge hole” in the Open Meeting Law.

Those are the words of Mark Anfinson, an association attorney and lobbyist. The bill, he said, takes no consideration of open meetings at all and simply put all those exchanges outside of the law. 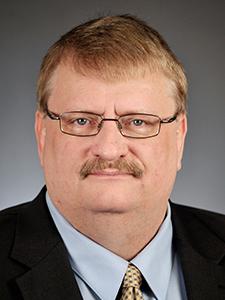 Quam also ran into trouble on the House floor last week, when members of both parties protested that the bill was still too broad.

“What this potentially does is gut the Open Meeting Law,” said Rep. Jerry Hertaus (R-Greenfield). “It results in a lot of damages and lawsuits and litigation to cities.”

Rep. Kathy Brynaert (DFL-Makato) and Rep. Sondra Erickson (R-Princeton), both former school board members, said they could see social media easily being used to discuss issues the board has to vote on, such as school bonds.  “The bill needs more specificity,” Brynaert said.

Quam has taken their concerns into consideration in the bill’s final version, but disagrees that public officials will use this new provision to deliberately get around public meetings.

“We all know anything that happens online can easily be saved forever. That’s not what this is for,” Quam said. “There’s a strong consensus that we need to do something in this area this year because that’s how people communicate now, and we want to have communication between local government officials and the public.”

Similar online communications questions have popped up in other states. In 2004, Virginia’s Supreme Court ruled that some electronic communication may constitute a “meeting,” specifically noting Internet chat rooms or instant messaging, where communication is virtually simultaneous.

In 2006, the Missouri General Assembly passed legislation that any public business conducted through conference call, videoconference, Internet chat or Internet message board can be considered an open meeting.

States like Florida and Washington also lump many online interactions into their open meeting laws. Florida’s is particularly tough, keeping members of public boards or commissions from discussing online anything that will come up at a public meeting in the foreseeable future.

“The time span between communications is so instantaneous that [social media] begins to feel like a meeting,” said Murray Weed, a lawyer and former local government official in Georgia who has done presentations around the nation on the topic. “The Minnesota Legislature and in legislatures throughout the country, that’s the next big hurdle: How legislators are going to fall on social media?”

“Laws tend to be 20 years behind whatever the technology is. It’s perfectly appropriate that we are dealing with this right now,” Murray said. “The question is, how do you get the benefit of the immediacy and the instantaneous response on social networking sites and balance the public’s right to know?”