On the surface, the DFL convention that opens on Friday in Duluth will be a mellow affair.

Unlike four years ago — when a colorful array of candidates was seeking the convention’s endorsement for governor — there’s only one bit of endorsement business to tend to in a statewide race. Delegates will decide whether to endorse Brooklyn Center State Rep. Debra Hilstrom or St. Louis Park State Rep. Steve Simon for Secretary of State. (That Republicans covet this office so badly may raise the profile of the race in November.)

DFLers are running incumbents in all other statewide races, meaning most of this convention’s focus will be getting a big turnout to the polls in November, not convention candidate floor fights.

Still, there are things for delegates to get steamed about.

The biggest convention issue likely will be non-agenda battles between lunch-bucket DFLers who support mining and the metro area greens. This sort of powder-keg issue could prove costly to DFLers in November in both state legislative races and the 8th District Congressional race.

Who are the players at a DFL convention?

All of these are well-intended. In any given year, many of these caucuses will come up with resolutions for the body to consider. They meet. They endorse. The Stonewall and Feminist caucuses have endorsed Simon; the African American caucus endorsed Hilstrom.

Some caucuses only allow paid members to vote on endorsements. The African American, Latino and Feminist caucuses, for example, charge a $25 membership fee; MyDFL $10. Such fees can function as a poll tax that candidate advocates are sometimes tempted to pay.

While the subgroups’ attention rises near endorsement time, there are other groups, outside the party structure, that matter more.

The crucial players at the hotly contested gubernatorial convention of 2010 were those “super delegates.’’ (The party calls this group “automatic delegates.” Others might call them “insiders.”) 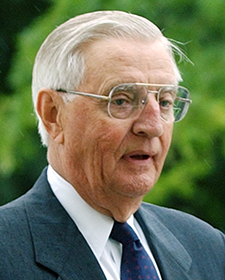 By any name, this is a body of about 160 people — there are about 1,200 regular delegates — who are convention delegates based on holding elective office (think state legislators) or people who are esteemed party members (think Walter Mondale).

This group has the power to swing whole conventions. Again, go back to the convention of 2010. Margaret Anderson Kelliher won endorsement over R.T. Rybak in large part because she was supported by an overwhelming number of super delegates.

Given that DFLers like to be the party of the people, this super-delegate business typically does not go down well with the delegates who have “earned’’ their way to convention by going through the tedious caucus process.

It is expected that at this convention, the party will adopt rules that diminish super-delegate power.

This eight-year-old progressive organization has grown mightily in the last few years — and a nice piece of that growth comes thanks to the Republican Party, according to executive director Dan McGrath.

When the GOP put the voter ID constitutional amendment on the ballot in 2012, Take Action had a clear target. It organized as never before. Not only was Take Action a leader in defeating the amendment, it grew mightily across the state, according to McGrath. It now has a mailing list of more than 50,000 people, it has a staff of 35, and is a player in every legislative district in the state. 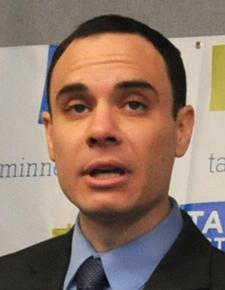 Back up a bit. At the 2010 convention, Take Action hoped to be a big player. Entering the convention, the organization had endorsed three candidates: Kelliher, Rybak and Paul Thissen. The hope had been that at a crucial point in the voting process, Take Action would swing all of its support behind one candidate. That didn’t happen.

As an organization, it has no big plans to be a player in this convention. Instead, McGrath said, “we are focused on the fall elections.’’

But that means Take Action is an indirect contributor to the convention’s main goals: Party unity and rallying the base to get to the polls in November.

By keeping Gov. Mark Dayton in office and keeping the legislature in DFL hands, Take Action believes it can continue to push its progressive agenda.

Gay, lesbian, bisexual and transgender voices long have found a mostly-welcoming atmosphere within the DFL. But again, it was the GOP that created a huge boost for the GLBT movement across the state.

The so-called marriage amendment that the GOP put on the ballot in 2012, led to the creation by OutFront Minnesota of Minnesotans United, which opposed and ultimately defeated the amendment.

Just as importantly, as it turned out, the organizing didn’t stop with defeating the amendment. The movement has pushed DFL legislators farther than they expected to go: First came legalization of gay marriage, followed this year, by passing of anti-bullying law.

Given the movement’s ability to rally Minnesotans and raise money, GLBT issues at DFL conventions will be taken seriously.

Though unions continue to decline in strength, union members continue to be a vital foundation to the party, in both money and people power.

The union power in the DFL? Recall the past legislative session, when DFL Sen. Roger Reinert attempted to at least weaken liquor blue laws in the state. Polls show that most Minnesotans support elimination of the laws that block liquor stores from being open on Sunday.

But when the Teamsters said “no,’’ DFL legislators wilted. 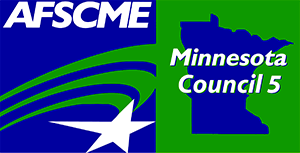 It’s not just the big guys that have clout within the DFL. For example, Local 26 of the Service Employees International Union has about 6,000 members, mostly in custodial fields. But its leader, Javier Morillo Alicea, is a heavyweight within DFL politics and is Democratic National Committee Member.

SEIU is a vital link to the party and the state’s growing immigrant population.

All in all, unions play a much stronger role within the party than they do in the culture as a whole. That power means that anything that even smacks of being worker unfriendly, will get smacked down quickly on the DFL convention floor.

It also means that the party will continue to at least outwardly push for improved worker pay, paid sick days for low-wage workers and immigration reform.

To the winners, go the conventions — which means the most meaningful presence at this convention will be the governor. What he wants, he will get. There’s no end of irony to that, given the fact that four years ago, Dayton was not even allowed on the convention floor.

Remember, in 2010, Dayton was not interested in the endorsement process, which was mightily offensive to the activists. He was going straight to the primary and he went on to narrowly defeat the endorsee, Kelliher.

The irony doesn’t end with Dayton being the grand poobah of the convention. The party is headed by Ken Martin, who was the executive director of WIN Minnesota, the “independent’’ expenditure organization which was crucial to Dayton’s victory four years ago.

This convention is under the control of people who were outsiders just four years ago.