Minnesota could become the first state to permit use of marijuana for medical purposes while not allowing patients to smoke it — setting it apart from the District of Columbia and 21 other states that have already legalized medical marijuana. A compromise at the Legislature this year, however, still hinges on whether some groups consider the final deal restrictive enough.

Among the sticking points:

Gov. Mark Dayton and House and Senate lawmakers are trying to strike a deal on medical marijuana with just six days to go before the May 19 adjournment deadline. The medical marijuana bill has appeared all-but-dead at several points this session, with Dayton reluctant to sign a proposal that law enforcement officials opposed.

A last-minute observational study compromise struck between cops and legislators in the House has won the governor’s approval, but senators — who passed their version of the medical marijuana bill with a veto-proof 48-18 vote last week — prefer a more expansive law.

Minneapolis DFLer Scott Dibble, the Senate bill author, said some of the House proposal’s restrictions make it “inadequate and unworkable” for senators.

The upper chamber opted on Tuesday to head into a conference committee this week to strike a deal with the clock ticking on the legislative session.

For now, all three parties say they are willing to make compromises to get something passed before adjournment. “I hope they work out a bill that we can all support,” Gov. Mark Dayton, who raised the profile of the issue this session with his initial opposition, said Monday.

“We want to do anything we can to [alleviate] the pain and suffering of children and adults who suffer from diseases and afflictions that might be helped by medical marijuana, but we want to do it in a way that’s not going to open it up to even more people for greater harm.”

While neither bill allows smoking, the Senate proposal allows approved patients to obtain 2.5 ounces of plant-form marijuana at any one time. Patients could then ingest the marijuana in various forms under the Senate bill, including crushing and heating the leaf form to just short of combustion. 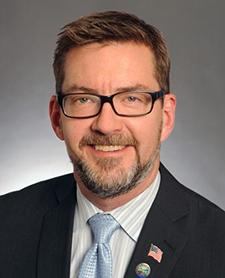 For Dibble, having access to the whole plant is only way patients can get the therapeutic effects that medical marijuana can offer. The House bill, authored by Rep. Carly Melin, DFL-Hibbing, allows approved patients to use medical marijuana in an oil or pill form. They can also vaporize a liquid form of medical marijuana under the supervision of a practitioner.

In an expansive letter to the House and the governor sent Sunday, Dibble said digestive absorption is slow and uneven with pill and other forms of medical marijuana, which “does not allow patients to receive immediate benefit” or “very precisely limit their own dosage to alleviate symptoms.”

Using the plant form also opens up the number of people who can receive treatment, Dibble said.

The House medical marijuana bill allows coverage for a list of eight illnesses, including seizure disorders, cancer, glaucoma, multiple sclerosis and other disorders that cause severe muscle spasms, amyotrophic lateral sclerosis, HIV and AIDS. An estimated 5,000 Minnesotans fall under those categories for treatment, but the Senate bill would cover roughly 35,000 Minnesotans. Dibble’s bill includes illnesses like intractable pain, which he says should be included because there’s no other known treatment for the disease.

Even so, Dayton prefers the House bill — which also passed last week with a wide 86-39 margin — noting that it’s hard for him to imagine a scenario where people walk away with several ounces of plant-form marijuana and not abuse the system.

“It’s to me impossible to believe someone is going to buy 2.5 ounces of marijuana and not smoke it or not sell it to someone else who will,” Dayton said. “It just defies common sense in my judgment.”

The House version allows for only one in-state medical marijuana manufacturer run by the Department of Health, plus three satellite distribution centers. Dayton prefers that proposal to the Senate version, which allows for 55 dispensaries around the state.

Dibble says he’s willing to drop that to 24 dispensaries, or three per congressional district, but he’s worried too few facilities would make access difficult for people in the rural, far-flung regions of the state. “Minnesota is a big state. It takes 7.5 hours to drive from International Falls to Worthington. Asking an ill person to drive several hours to get what they need … will put relief out of reach for many,” Dibble wrote.

Each state with legal medical marijuana treats distribution centers differently, said Karmen Hanson, a program manager with the National Conference of State Legislatures (NCSL). Some calculate the number of dispensaries by population density or by county, while some allow for homegrown options if patients are too far from a dispensary. 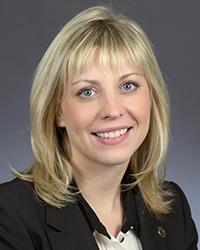 Rhode Island allows for six dispensaries, despite being one-seventieth of the size of Minnesota.

“Looking at ratio of population-to-dispensary, the one with three satellite locations would seem low compared to other programs out there,” Hanson said. “That’s purely by the numbers. Each state is unique in how it handles its program based on the need.”

Dibble also says putting the state’s medical marijuana in one place could risk the entire treatment program if there’s, say, a fire or bad crop.

Still, Dayton said he’s still concerned it would be too difficult to police problems under the Senate bill with so many facilities, not to mention the security and credentials of dispensary workers. The House proposal — a study — gives the Department of Health and its commissioner more direct control in determining patient dosages.

“There’s no doctors involved,” Dayton said. “There’s nobody … assessing what is the proper dosage, what is too much to get behind the wheel of a car.”

But there are things Dayton says he likes about the Senate bill.

For instance, The Senate version makes it a felony for any patient caught diverting his or her own supply of medical marijuana. The House proposal doesn’t include specific penalties.

The Senate proposal also lays out specific security measures at laboratories and other facilities, but the House proposal does not, Dibble said.

“I am convinced a middle ground exists,” Dibble concluded his letter. “We can sensibly provide relief to thousands of Minnesotans while ensuring cannabis only reaches those who need it for medical purposes.”