Some small changes are likely to be adopted, but the biggest change — requiring nonprofits and other groups now outside disclosure laws to report spending and donors — has stalled in the House.

Thanks to almost all Republicans and some DFLers, the House has a pro-life, pro-guns majority.

What the bills would do

Political nonprofits can skirt disclosure laws if they avoid words like “vote for” or “vote against” a certain elected official. If these groups simply point out an official’s stance, they don’t have to report to the state’s campaign finance board.

The bill would require donors who give more than $5,000 for some types of ads, mailers and voter guides to report. The bill also lumps into the disclosure law all “electioneering communication” 30 days before the August primary and 60 days before the general election.

The MCCL and the NRA have sent emails and spoken to members in the DFL-controlled Legislature opposing the measure, said Rep. Ryan Winkler, the bill’s chief sponsor. Neither organization returned a request for comment.

A similar measure has moved through Senate committees, but supporters there are waiting for a signal that it can move forward in the House.

“It’s just very frustrating that two organizations that have nothing to do with campaign finance were able to wield that much control over legislators votes,” Winkler, DFL-Golden Valley, said. “There’s no Republican votes, so it’s hard for me to blame Democrats alone for not wanting to disclose where campaign money is coming from. We should expect Republicans to have some interest in that.”

‘Rule of the land’

Sunshine law advocates have pushed hard since the 2010 ruling on Citizens United v. the Federal Election Commission that struck down corporate and union candidate-spending restrictions. This year, in McCutcheon v. the FEC, a court majority nixed aggregate individual-contribution limits to candidates and parties.

Last year, Minnesota legislators managed to change campaign finance law, increasing how much individuals can donate and candidates can spend. That effort tried to combat the influx of non-candidate spending, but campaign finance reform is always fraught with politics. Winkler still hopes to see an up-or-down House vote on the proposal Thursday, which will likely be brought as an amendment to another campaign finance bill on the House floor.

Said Common Cause executive director Jeremy Schroeder, “We had leadership, we had the governor, and we had everyone supporting it to bring Minnesota back in line supporting it in other states. We weren’t able to overcome the opposition to the bill. The focus on real changes is being stopped by the special interests that would have to disclose what they are doing. To us that’s the most troubling and points to the reason why we really need it.”

For some legislators, it’s a policy and a personal issue. DFL Sen. Jim Carlson said upward of $100,000 in unreported spending attacked his positions during his 2012 race. Some legislative races that year attracted more than $500,000 for a single legislative seat. That kind of big-dollar spending, until now, had been reserved for statewide races.

“After this year, when we get into a presidential election, there will be a lot more money that’s loosened up,” Carlson said. “It makes it real attractive to spend money behind the scenes.”

DFL Gov. Mark Dayton, up for re-election this fall, has signaled the bill is also a priority for him.

“This doesn’t limit anybody’s ability to exercise their First Amendment rights of free speech, and it shouldn’t, but it does say that people have the right to know where the money is coming from … if they are going to be bombarded by televisions ads that are clearly about influencing the result of an election,” Dayton said. “Money is increasing in every campaign. The U.S. Supreme Court says that’s free speech, so that’s the rule of the land, but that doesn’t mean that there shouldn’t be complete disclosure, in fact it increases the need for disclosure.”

Still, legislators are pleased with small campaign finance reforms that will likely move through this year. 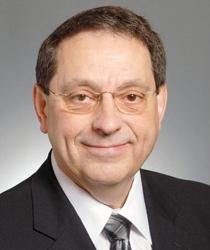 Rep. Laurie Halverson, DFL-Eagan, is pushing hard to get legislators to disclose to the campaign finance board any potential financial conflicts of interest.

Winker also spearheaded a provision allowing local candidates to accept higher individual donations — from $300-$600 for most local races, to $500-$1,000 in major metropolitan areas — much like the higher state maximums passed last year. The bill would also require local governments to report campaign fundraising on a public website linked to on the state campaign finance board’s site.