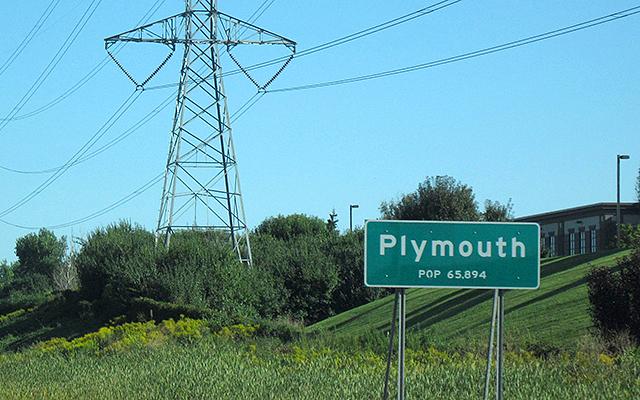 Creative Commons/Doug Kerr
“The general feeling is that the suburbs are rich, especially the western suburbs, so we aren’t going to give them any more than we have to,” Rep. Ron Erhardt, DFL-Edina, said.

Lawmakers like to joke that there’s a “Fertile Crescent” in Minnesota, starting in Bloomington and working up through wealthy western Twin Cities suburbs such as Edina, Eden Prairie, Minnetonka, Plymouth and Maple Grove.

Those cities are home to some of the state’s largest companies and wealthiest individuals that pump most of the income and sales taxes that fill the state’s coffers. However, legislators all around the suburban ring say they don’t get much back from the state when the bonding bill is debated.

“The general feeling is that the suburbs are rich, especially the western suburbs, so we aren’t going to give them any more than we have to,” Rep. Ron Erhardt, DFL-Edina, said.

For all lawmakers, bonding projects are a way to bring jobs and development directly to their districts. In election years, ribbon-cutting ceremonies for major construction projects can be even more important, especially in the politically volatile ‘burbs, which often swing back and forth with national political winds.

All members of the House are up for re-election this fall — and several of the DFL’s most tenuous seats are in the Fertile Crescent.

Nevertheless, DFL Rep. Alice Hausman, chair of the House Capital Investment Committee, points out that roughly a quarter of the total House bonding bill — $213 million of $850 million — is spending for the suburbs. In comparison, 64 percent of state’s tax base and 66 percent of its income tax revenue comes from the seven-county metro area (including Minneapolis and St. Paul), according to the state Revenue Department.

“I think the suburbs have always felt that they are ignored,” said Hausman, of St. Paul. “When it’s a small bill like this, absolutely everyone feels like they don’t have enough, like they’re not getting enough.”

Hausman, who would like to see a bigger bonding bill, will need to gain the support of many of those suburban members on both sides of the aisle if the “small bill” is to pass.

Capital investment packages are one of the few places where legislators in power need to garner 60 percent support, meaning Democrats will have to convince all of their members and at least eight Republicans in the House to move it forward. In the Senate, Democrats need at least two Republicans to vote yes. The Senate is still crafting its bonding bill.

Says House GOP bonding lead Matt Dean of Dellwood, “I think that’s always a tough balance between the regional centers and outstate Minnesota, but there’s also kind of an underlying assumption that the suburbs are going to continue to fund both and not get anything. We get fed up. You’ll probably continue to hear some of the suburban members on the GOP side and DFL side on this issue. It gets a little tiresome to continue to fund stuff in the metro and see little back.”

What the ‘burbs want

Rep. Barb Yarusso, DFL-Shoreview, has proposed bills to fix up several bridges and roads in her district and deal with groundwater issues in the northeast metro. A little money has been appropriated her projects in the bonding bill, but she’d like to see more.

“Everyone always wants more in the final bill,” Yarusso said. “We are so far behind on infrastructure development.”

Rep. Yvonne Selcer, DFL-Minnetonka, says she is happy there’s funding for the St. David’s Center for children with disabilities in the bill, which many residents in her district utilize, but hoped it would include Southwest Light Rail Line funding as well.

“I understand that’s controversial, and we certainly want to move forward with all the other projects that are in the bill,” she said. “I’m hoping we will be able to find some alternative sources of funding for that.”

Transportation is one of the biggest needs in the suburbs, veteran Bloomington DFL Rep. Ann Lenczewski says. But one controversial transportation project can sink a bonding bill, and they are often the most expensive proposals.

Lenczewski, for instance, has introduced a bonding bill this year to fund the turbine-design interchange at I-35W and I-494 in Bloomington. Her bill only seeks to fund phase one of the project, and even that costs $80 million.

She has also introduced a $25 million proposal to repair the light rail stop at the Mall of America, the most-used stop on the Hiawatha Light Rail Line.

“I think that’s where you see the suburban members getting what they feel is a raw deal,” Lenczewski said. “I’ve been encouraging suburban members on both sides of the aisle to refuse to vote for a transpiration revenue package until the suburbs get a bigger share. It all goes back to transportation. We don’t ask for convention centers, we don’t ask for things like that.”

Take it to the limit

The biggest hurdle, Hausman says, is this year’s self-imposed $850 million bonding limit. The four legislative leaders agreed to the cap in a handshake agreement at the end of 2013’s session. Democrats are trying to strike a new deal that would lift that limit and allow for a larger bonding bill, but Hausman said she’s seen no indication that Republicans will budge.

To get around the limit, both the House and the Senate are pitching to pay cash for some capital investment proposals of the state’s $1.2 billion budget surplus. But demand is high for those funds too, with legislators proposing everything from property tax breaks to increased early childhood education funding.

“That’s the problem with a small bill,” Hausman said. “The need is so great and the backlog is so great.”

In Hausman’s bill, some of the larger suburban-area projects include $14.5 million for the Transit Capital Improvement Program, $10.5 million for the Oliver Kelley Farm Revitalization in Elk River, $5.5 million for the Springbrook Nature Center, $5 million for the Department of Corrections Shakopee Perimeter Security Fence and tens of millions for local road grants and suburban park projects. The Senate bonding bill has yet to be released.

Despite raw feelings over transportation spending, Lenczewski said she’s happy with the Hausman’s bonding bill. Still, she acknowledged that suburban members needed to band together if they’re ever going to fund transportation projects in the Legislature.

In many cases, suburban members don’t even introduce bills for bonding projects, Lenczewski said, because local government officials are accustomed to paying for new buildings and infrastructure without the state’s help.

“Our mayors and city councils build their city halls and their arts centers and their public works garages out of their property tax, as opposed to going to the state and asking for the money. They don’t wait for the state, they don’t rely on the state, they are used to putting in more than they get back,” she said.

“They are making decisions because they are not going to wait for the Legislature,” she added. “It’s a cultural problem here.”