Candidate Michelle MacDonald’s speech at the GOP convention, courtesy of the UpTake.

Controversy has hounded Michelle MacDonald’s run for the Minnesota Supreme Court since she accepted the state Republican Party’s endorsement 25 days ago.

The lawyer, whose practice is based in West St. Paul, faces a September trial on charges of drunk driving filed last year by the Rosemount city attorney.

In another 2013 incident, law-enforcement officers removed MacDonald from the courtroom of Dakota County Judge David Knutson due to contempt and detained her in a cell.

Now, a video of some remarks regarding governing the world “without God and the Bible” that MacDonald made during her GOP endorsement-acceptance speech have a few legal and political experts wondering about the candidate’s fitness to be a state Supreme Court justice. Others, however, say MacDonald has done nothing wrong and, if anything, only exercised her constitutionally protected right of free speech.

Seconds into her remarks, MacDonald lofted a Bible over her head and said, “In the words of George Washington, it is impossible to rightly govern the world without God and the Bible.” (The former president didn’t actually say that, however, according to the website of George Washington’s Mount Vernon, the nonprofit historic estate of the nation’s first president.)

MacDonald said in an interview with MinnPost on Tuesday that using the Bible at the convention was meant only to be a symbol that God is the highest court.

‘Not to be taken literally’

“It was not to be taken literally that I was going to be looking to the Bible for law, not at all,” MacDonald said. “I was surprised it was taken that way.”

Minnesota Republican Party spokeswoman Brittni Palke declined to respond to questions from MinnPost about MacDonald’s talk of God and the Bible in an email. But the state GOP continues to back MacDonald’s campaign against incumbent Justice David Lillehaug, according to a message that the Republican Party executive committee sent to convention delegates and alternates last week, which Palke shared with MinnPost on Monday.

“Regardless of anyone’s individual opinion on these issues, in a party which respects the rule of law and the constitution, we are not in a position to look backwards or change a decision which was made under the rules as they are,” the message read, in part.

But MacDonald’s behavior horrified Sarah Walker, president of the Minneapolis-based Coalition for Impartial Justice, a nonprofit organization that advocates for performance evaluations, merit selections and retention elections of judges.

“Judges should be running on one thing: upholding the constitution, regardless of what side of the aisle they’re on,” Walker said.

Fred Morrison, a professor at the University of Minnesota Law School who teaches constitutional and comparative law and local government, went further. He said that MacDonald’s words are alarming because they “run up against” a founding principle of the United States: the separation of church and state.”

“(MacDonald’s) actions bring into question two things,” Morrison said. “One, the level of her judgment, overall; and, two, given that there are constitutional limitations and she seems to think she can ignore them, it brings into question her competence.”

Prior to 2002, candidates for Supreme Court justice could not publicize their views on disputed legal or political issues. But Minnesota lawyer Greg Wersal — who has unsuccessfully run to become a state Supreme Court justice several times, most recently in 2010 — filed a lawsuit in 1998 seeking to overturn that ban, arguing it violated his First Amendment rights. 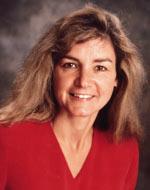 Wersal appealed each adverse ruling until the U.S. Supreme Court ruled 5-4 in his favor in 2002. In the majority opinion of Republican Party of Minnesota v. White, Judge Antonin Scalia also concluded that the Minnesota rule failed to achieve its reason for existence: preserving judicial impartiality.

“She’s got free speech; she can say whatever she wants,” Wersal said. “She can invoke the devil for all I care. But she invoked God. It seems to me they’re still using Bibles in courtrooms.”

Morrison, the University of Minnesota law professor, agreed that what MacDonald said is not prohibited.

“She certainly has the right to say things, even stupid things like this,” Morrison said. “But it’s something that voters ought to be careful about, whether she intends, if elected, to impose her particular sect or religion on everybody else in the community.”

But MacDonald reiterated during the interview what she said at the convention. The reason people stand up when the judge enters the courtroom is because the judge used to arrive holding a Bible overhead, she said. Those in the courtroom would stand out of respect for God, acknowledging, “God was above us all,” MacDonald said.

“I know some people don’t believe in God, but most people do,” she said, adding that includes herself. “I’m just going to be a godly person and an individual up there [on the bench].”

Timothy Johnson, a University of Minnesota political science professor with an expertise in Supreme Court decision-making, said Republican Party of Minnesota v. White hasn’t had much effect on the state. Most judges don’t say much about the issues while campaigning, he said.

“Among the group of people who become judges, they realize it’s probably not the most ethical thing to do in the world,” Johnson said. “While they have the right to do so, they don’t take that right and use it very often.”

Wersal said that people with arguments like Johnson’s and Morrison’s are simply wrong.

“I won at the [U.S.] Supreme Court and they lost,” said Wersal, who sometimes criticized former state Supreme Court decisions as a candidate. “I can’t believe this is really an issue.”

MacDonald, Wersal and anyone else running for political office are allowed to gather support whatever way they choose, said Ilya Shapiro, a senior fellow in constitutional studies at the Cato Institute in Washington, D.C.

“It’s not a matter of law,” said Shapiro, who’s also editor-in-chief of the Cato Supreme Court Review. The Cato Institute is a nonprofit organization devoted to “individual liberty, limited government, free markets and peace,” according to its website. “If she wants to say, ‘I’m the godliest candidate,’ to appeal to evangelical voters, she can.”

Shapiro said the question is: How would MacDonald apply the law if elected?

Based on what she did and said at the state Republican convention last month, it would be wise to be careful before assuming anything, said David Masci, a senior researcher who focuses on religion, law and church-state issues at the Pew Research Center in Washington, D.C. The nonprofit organization takes no policy positions and conducts empirical social-science research.

“While most candidates don’t hold Bibles over their heads, it’s not uncommon for judges to make religious appeals,” Masci said. “I don’t think you can assume she’s going to try to destroy the First Amendment.”