“I’m going in for my annual physical in two weeks and I’m looking forward to it. How often do you hear someone say they’re looking forward to going to the hospital?” said Patrick Dixon, 41, who served in Somalia with the Army from 1994 to 1995. Dixon, who lives in Crystal, was one of about a half dozen of vets who gave the VA glowing reviews.

This kind of anecdotal evidence is useful in understanding how VA facilities are performing because a recent controversy revealed the VA’s self-reported data is suspect and some say organizations that grade hospital performances use inconsistent and murky criteria.

The federal audit of VA health-care system wait times released on Monday flagged 112 of 731 VA facilities throughout the nation for “further review and investigation.”

Minneapolis VA Healthcare System spokesman Ralph Heussner says U.S. Department of Veterans Affairs officials still have not told Minneapolis system staff members what warranted Monday’s censure or how they can rectify whatever the problem is.

But Minnesota U.S. Rep. Tim Walz, a House Veterans Affairs Committee member, said Minneapolis officials have indicated the clinic made the list because of a “self-reported scheduling issue” that came up during preliminary interviews involving the clinic’s wait lists.

In a Tuesday letter to his staff, Patrick Kelly, the system’s director, wrote: “I don’t know the full nature of the audit findings, and we’re anxious to learn more and comprehensively address any areas for improvement. We will view this as an opportunity to make ourselves an even better, more transparent, Veteran-centric health care system.”

The problems could be anything — ranging from a specific complaint from a single vet to records that show the VA isn’t giving enough flu shots, said Dr. Karen Joynt, a cardiologist at the VA Boston Healthcare System who also teaches Harvard University medical and public-health students.

Determining whether a VA hospital is doing its job is “a tough question,” said Joynt. “It’s really tricky to measure these things.

“How do most people choose their doctor?” asked Joynt. “Most people ask their family and friends. What I hope this whole situation turns into is people realizing that data matters.”

Joynt was referring to the recent scandal at the Phoenix VA Health Care System in which a whistleblower doctor revealed administrators had been altering medical records, including those tracking how long patients had to wait for appointments, to obtain pay bonuses and promotions.

In many ways, the national VA hospital system bulges with data. Patients can compare the differences among VA hospitals in areas such as mortality outcomes and MRSA infection rates. They can also compare how well VA hospitals are doing achieving goals in a variety of categories, including patient satisfaction and primary, specialty and mental-health appointment wait times — if the data VA employees input is accurate.

“But for clinics, at the VA or in the private sector, those data don’t exist,” Joynt said. Which makes it more difficult for patients to make informed choices.

And the companies that try to simplify what is a better hospital by providing rankings, grading systems and awards sometimes only add to patient confusion.

“It’s a commercial industry,” said Daniel Zismer of the health-care system rankings. Zismer is the director of the master of health-care administration and executive studies programs at the University of Minnesota School of Public Health. “They’re all legit in some way.”

Yet the trade publication Modern Healthcare pointed out the inconsistencies in those types of performance measures in a story last month.

MinnPost found one example. The Joint Commission listed the Minneapolis VA Healthcare System as winning a 2012 Special Quality Award for being a “Top Performer on Key Quality Measures” in the categories of heart attack, heart failure, pneumonia and surgical care.

But Elizabeth Eaken Zhani, spokeswoman for the Illinois-based nonprofit health-care accreditation and certification organization, insisted in an email that “this is not an award.”

Department of Veterans Affairs officials in Washington, D.C., have not returned multiple phone calls and emails from MinnPost requesting comment.

In Washington, lawmakers met the results of the VA’s wait-time audit with dismay, and Minnesota members were left pondering why the Minneapolis and Rochester clinics made the further-investigation list. For the most part, wait times at the Minneapolis and St. Cloud VA clinics are among the shortest in the region covering Minnesota, Iowa and the Dakotas. (Because it’s a smaller clinic, Rochester’s metrics didn’t make the VA audit report).

In statements, Sens. Amy Klobuchar and Al Franken said they had spoken with Kelly to assess any potential wait-time problems in Minnesota.

“I’m glad to see that scheduling practices at the Minneapolis VA Medical Center and in Rochester will be looked at more closely because we need to get to the bottom of what’s going on,” Franken said.

Walz said: “Originally when we asked what came up on here — because we’ve been in close contact with them — and they said the only thing we think it could be is we reported this. And we’re just looking for it because, as far as I can tell, as I’ve been saying all along, we’re continuing to ask for the data. But they had data in Phoenix, too, it just wasn’t correct.”

Walz said he he and other House members pressed VA officials to release more information about the list during a Veterans Affairs Committee hearing Monday night.

“We’ve been continuing to push [for] more information, more transparency, and what they need to understand, and I think it became very clear to them last night in the hearing, when you put that out there, you got a lot of people asking what’s going on,” he said. “So my counsel to them, and we’re pushing them, is: Finish this up right away, get it out. You can’t start fixing these things until you know what the problem was, in its entirety.”

In a statement released Tuesday morning, Gov. Mark Dayton said: “Making veterans wait for medical care is inexcusable; falsifying records is immoral and illegal. I support the additional federal audits to determine the facts of Minnesota’s situation — because our veterans deserve nothing less than prompt, quality medical care.”

Despite all that, Zismer said that the Minneapolis VA Health System “from my observations is a very good system of care.”

University of Minnesota Medical School aspiring doctors and faculty have worked for years in the system and “there’s been no overwhelming groundswell of students or professionals saying it’s an incompetent environment,” Zismer said.

The VA confronts a conundrum that makes it unique, Zismer continued: It must be ready at all times to provide an array of services without ever knowing what the demand will be for those services in a competitive market.

“The supply-and-demand management challenge is one of monumental proportions,” Zismer said.

Dixon said Minneapolis VA hospital staff members have given him “five-star treatment” since the first time he went there in 1995 for tinnitus, a persistent ringing in the ears that he suffered from being too close to too many explosions as an ammunitions specialist.

“They remembered my name — the people at the front desk, the doctors,” said Dixon, a Hennepin County information-technology administrator. “They see hundreds and hundreds of people, but they remember you.” 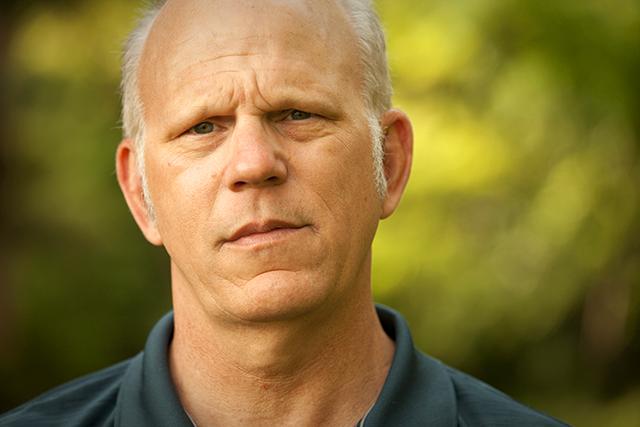 Donn Lindstrom’s experience with the Minneapolis VA hospital has been similar to Dixon’s. The Maplewood resident, 55, went there in July 2012 because he was “feeling really bad,” Lindstrom said.

Instead, they performed a triple-bypass procedure, and today he’s “feeling awesome.”

“I work out at the gym three or four times a week,” Lindstrom said. “I’m like the poster child for VA cardiac rehab.”

By Devin Henry and Mike Cronin