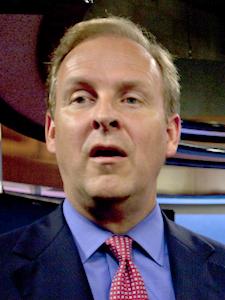 With minutes to go before a deadline to file as a candidate for the fall election, former DFL House Minority Leader Matt Entenza submitted his name to take on fellow DFLer and State Auditor Rebecca Otto, drawing the ire of some progressive leaders in the state.

Entenza, who served in the House representing St. Paul from 1995 to 2007, filed his paperwork with the Secretary of State’s office just before the 5 p.m. deadline to file for office Tuesday, touting his long career “championing progressive policies” in the Legislature and as founder of liberal think-tank, Minnesota 2020.

“I’m running for State Auditor so that we are doing more than just balance the books. We need an auditor fighting to protect pensions that are under attack, who will go after corporate giveaways at the local level,” Entenza said in a statement. “We need an auditor who will scrutinize education spending and school budgets, focusing on why Minnesota schools have such a bad achievement gap.”

Entenza hasn’t shied away from challenging other Democrats in primary elections. He was part of a three-way primary for the DFL nomination for the governor’s race in 2010, pumping nearly $6 million into that contest. He finished third in the gubernatorial primary.

DFL Party Chairman Ken Martin made it clear that the party will protect Otto, who was endorsed for re-election at the party’s convention over the weekend.

“Although he was a one-time House DFL leader, Matt Entenza has a history of running in DFL primaries. His last-minute filing is an insult to the hard-working DFLers he has to win over,” Martin said. “The DFL takes the endorsements of its candidates seriously and will put the full weight of its party resources behind Auditor Otto’s candidacy. I am confident that she will prevail in the primary and general election.”

Entenza hit on two progressive issues in particular — his staunch opposition to voter identification legislation and proposals to ban gay marriage in the state. He pointed out that Otto, a former legislator running for her third term as auditor, voted in favor of those proposals in the Legislature.

“She voted with Republicans to place a ban on marriage equality on the ballot and voted in support of Voter ID legislation restricting Minnesotans’ access to voting,” he said.

Otto said she didn’t know Entenza was going to file to run against her, but she’s prepared for a primary competition.

“I had a great weekend last weekend at the state DFL convention. I’ve traveled the state and talked to thousands of activists and Minnesotans and people are very proud of the work that I’ve done for Minnesota,” Otto told MinnPost, citing a national award she won for cutting energy costs for local goverments and her work on issues like affordable housing for low-income Minnesotans. “I have accomplished much and there is more I would like to do on behalf of Minnesotans. I’m confident voters will reward my hard work with another term.”

She dismissed Entenza’s criticism of her previous votes in the Legislature. “[That was] 11 years ago,” she said.

Otto won her first race against Republican State Auditor Pat Anderson in 2006 by about 10 points, but she only won re-election in 2010 by 1 point, fighting a huge GOP wave year.

Gov. Mark Dayton said he pledged his support for Otto before he knew of Entenza’s intentions to run. “I stand by my promise to support her,” Dayton said in statement from his campaign. “Although Auditor Otto and I disagree on some issues, she has been a good State Auditor, and she deserves re-election.”