When the U.S. Supreme Court decided that some employers have the right to deny health care based on religious beliefs last week, Lizz Winstead and her comrades in Lady Parts Justice were ready. The website’s official launch doesn’t happen until July 15, but Winstead’s Brooklyn-based crew posted this video, which went viral amid the initial outrage last Monday, and it hasn’t stopped reverberating yet:

“In 2014 alone, there’s been over 700 pieces of legislation proposed to curb some kind of reproductive health,” said Winstead from her home office in New York on the 4th of July. “Thirty-one states, including Minnesota, allow a rapist to sue for custody if a pregnancy occurs from a rape. This is the world we live in. What discourages me is how much of this is coming down. What profoundly encourages me is when people find out about it they want to join up and they’re outraged and they really like using humor and using language that is raw and funny and not appropriate to get the message out.”

At the moment the message is that the War on Women is being lost, but that it has a fighting chance with thought leaders like Winstead, who has long championed women’s reproductive health rights, from her days supporting Rock For Choice benefits in her hometown of Minneapolis to the last two years of her life, which have been spent organizing and performing benefits for Planned Parenthood and independent clinics.

“Right now I’m the face, but I’m not a one-woman band,” she said. “There’s a team of people that has come together who understand the profundity of what’s happening and who can’t imagine doing anything else. No one is pushing the boundaries like we are, and I think it’s OK to make people mad. There’s people who think you should never enter humor into this arena, and then there’s people like me who say, ‘This arena is called health care. This arena is not called religion.’ And I don’t shy away from the word abortion, and I don’t fall on the shame sword because I had an abortion. 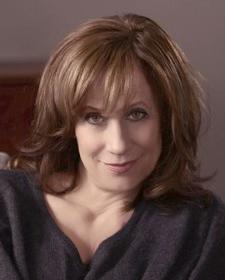 “We’re just one little tiny organization trying to reinvent what it means to celebrate ourselves. We’re saying, ‘We’re cool, we’re awesome, we’re the ones who want to have super fun righteous sex and we don’t necessarily want to have your kid. How did we become the bad guys of the sexual revolution again?’ ”

The July 15 website launch is the first order of business for Lady Parts Justice, followed by the Sept. 27 planned call-to-arms “V To Shining V,” in which pro-choice people across the country are being asked to come together to organize and rabble-rouse about the state of women’s reproductive freedoms.

“What we really want people to do is not unlike what Minnesotans United for All Families did with their house parties,” said Winstead. “We’re encouraging a national day of house parties and block parties in bars or your house. Invite people over, drink, celebrate, talk about what’s happening. We’re going to send you a kit that has a game in it and tattoos and all this fun stuff. Parties will be throughout the day, with the focus being on talking about what’s on the ballot and reminding people what’s at stake in the midterms. 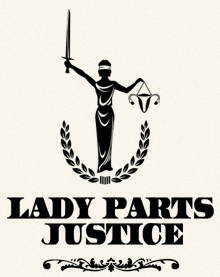 “I’ll be damned if I’m going to let the media tell me people aren’t going to be out to vote. Ten million more women than men voted in the last election, and we have to keep that momentum going. Sept. 27 is a day for people to get together and say, ‘You know, between now and the midterm elections, we’re going to make a pledge to get people out to vote and talk about how [screwed] up it is in the states.’”

Between now and then and however long it takes, Lady Parts Justice will be at the forefront of the fight.

“It feels really good,” said Winstead of her team’s most recent work. “We want to get people psyched. We’re all exhausted, but we feel like we’re doing work that matters and just the teaser videos that we’ve been putting out have been received very well. People have been loving it.”