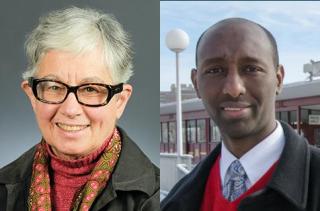 A Minneapolis mailbox center is no longer at the center of voter-fraud allegations in a contentious race for a Minnesota House seat — but the controversy has stirred anger in local Democratic circles and shaken up the city’s Somali community.

At an administrative hearing Thursday, Hennepin County investigators and election officials cleared up questions about a group of improperly registered voters in the DFL primary race for House District 60B. The petition was filed by Brian Rice, an attorney for state Rep. Phyllis Kahn, who is facing the toughest re-election campaign of her 42-year legislative career, against Somali challenger Mohamud Noor.

The allegations started as hundreds of people showed up at Minneapolis City Hall in late June to take advantage of Minnesota’s no-excuse absentee voting laws. The same day, Rice filed a complaint noting that more than 140 voters were registered at a mailing center at 419 Cedar Ave. S., which is not a proper residence. At the time, Rice raised the specter that Noor’s campaign had a hand in improperly registering the voters.

But Dan Rogan, an attorney in the civil division of the Hennepin County Attorney’s office, said Thursday that they found “no evidence of organized or coordinated” efforts to have people registered at the mailing center address. In fact, all but 16 of the people who registered there had done so before January of this year.

A large number of the improper registrations were the result of the change-of-address process, which requires Hennepin County officials to update registration information when voters move. Though many of the 141 voters involved in the complaint maintain a mailbox at the Cedar Avenue center — it’s an easy way for people who move often to keep a permanent mailing address — those voters didn’t expect that their registration information would also change to the mailing center’s address.

The county sends out postcard notifying voters that their registration information has been changed, but the notice is only sent out in English, said Hennepin County Elections Director Ginny Gelms. Many of the residents in the Cedar-Riverside neighborhood where the center is located are Somali immigrants, some who speak limited English.

All 141 voters registered at the mailbox center will have to re-register to vote using their home address, Hennepin County Auditor Mark Chapin said.

Though the mailbox voting issue has been resolved, Omar Jamal, a prominent Somali activist and figure in the city, said the allegations have sent “tremendous fear” through the Somali community. Many are afraid they will be arrested for voting improperly, he said. He cited parts of Rice’s petition implicating Noor’s campaign in the effort, and called on the Kahn campaign to apologize for the confusion. “It’s a dirty political game to scare off the community,” Jamal said.

Sherri Knuth, policy and outreach manager for the Minnesota League of Women Voters, said Rice’s knee-jerk allegations of voter fraud garnered headlines, and briefly tarnished the state’s election process. She said he should have “learned the facts first.” Republicans have already used the complaint as evidence that the state needs tighter voting laws.

But Rice said he wouldn’t have done anything differently. “We’ve cleared up an important matter,” he said. “You’ve got to vote where you live and live where you vote.”

Rice also argued his complaint demonstrated that the state’s election laws works. “That’s an absolute fundamental piece of our Democracy,” he said.

There are more outstanding complaints in the primary race, which has been heated since February, when a precinct caucus ended in violence and allegations of bullying and threats.

Kahn’s campaign has filed a petition with the state Supreme Court alleging that Minneapolis election judge Fadumo Yusuf favors Noor, and asked voters at city hall if they wanted to vote for  “our Somali brother” or “the old Jewish lady.” Under state law, election judges must be neutral. Yusuf is denying the allegations.