Fear and hyperbole often consume the debate about guns in America.

That doesn’t sit right with Mary Streufert. In June 1991, Streufert’s daughter Carin was walking down the street in Grand Rapids sometime after midnight when she was kidnapped, then raped, shot and killed by two men. Carin Streufert was 18 when she died. 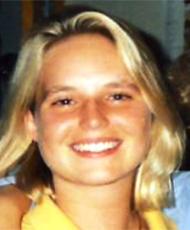 “The thing that bothers me most is that we don’t talk about the victims,” said Mary Streufert, 67, who now lives in Duluth. “We talk about guns, gun control, gun rights – but we never talk about the victims. Those bullets, those numbers are people. People who belong to other people, to families. They’re not just numbers.”

What keeps Streufert going, and what caused her to become active in the anti-gun-violence movement, are the stories of those victims, she said. “There’s a voice that’s just not being heard.”

“If we were losing a natural resource like our iron ore or our water as fast we’re losing our human resources to gun violence, there would be an outcry,” Streufert said. “People would go crazy. But if it’s about guns, people just say, oh, yeah, well.”

Today, Streufert is co-president of the Duluth-based chapter of Protect Minnesota, a St. Paul-based nonprofit that seeks to end gun violence. (Protect Minnesota receives funding from The Joyce Foundation, a Chicago-based foundation that also supports MinnPost’s reporting on gun violence prevention, the environment and effective democracy.)

As part of an ongoing series examining the gun cultures in Minnesota, I wanted to examine consequences of gun violence, talking to those whose lives have been permanently altered by firearms, either after losing a family member or surviving gun violence themselves.

Those I talked to are not a monolithic group. Some, like Streufert, grew up around guns. Others didn’t. Most favored legislation that would require a background check of every person who seeks to buy a gun, some want policies more effective at keeping guns out of the hands of the mentally ill. And yet, despite their experiences, not a single one believed that taking guns away from gun owners was a solution to gun violence. Indeed, with a single exception, they all said they were anti-gun violence, not anti-gun. 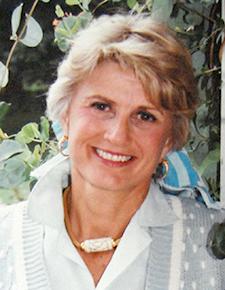 “To think we are requiring people to obtain a license to drive a car, to adopt a dog and to become a teacher, but we’re not doing background checks of every person who buys a gun,” said Joan Peterson, who serves as co-president of Protect Minnesota Duluth chapter with Streufert. The group serves as the region’s base for the Brady Campaign to Prevent Gun Violence, a Washington, D.C.-based nonprofit.

Peterson lost her sister, Barbara Lund, in 1992 after Lund’s estranged and mentally ill husband shot and killed her in Minnetonka.

In May, Gov. Mark Dayton signed a law that prohibits people convicted of certain child or domestic abuse charges from possessing guns. Those subject to an order of protection will lose their ability to possess a gun at least temporarily, though such legislation likely wouldn’t have helped Lund, since the couple had been separated for several years.

“We regulate other dangers in our society to protect public health,” she said. “We do it with seatbelts, baby seats in cars and no-smoking laws in restaurants. To not try with guns is ridiculous.”

Tyron Jenkins, 22, of North Minneapolis has twice survived gunshot wounds. The first time he was shot was when he was just 9 years old, sitting at his kitchen table eating dinner by himself on the South Side of Chicago. An errant bullet flew through the wall of his house and hit him in the leg. The second time was three years ago in North Minneapolis, while he sitting in the back seat of a parked car. As with the first time Jenkins was shot, the shooter was targeting somebody else.

He suffered damage to his pancreas, lung, back, stomach and chest, injuries so severe that Jenkins often still has trouble standing.

“‘You’re gonna heal fine,’ (the doctor) said when I left (North Memorial Medical Center),” Jenkins said. But that didn’t happen, and his chronic pain has hampered his efforts to find work.

This spring, worried that his 16-year-old brother was living a life that would also see him succumb to gun violence, Jenkins accepted an invitation from a community mentor to attend a rally at the state Capitol during the legislative session.

“I seen it replaying itself, the road he was on,” Jenkins said of his brother. “He was more than likely to be in a situation like (mine) if he was to continue.”

After the rally, Jenkins was invited to attend a June summit on domestic violence and guns in Washington, D.C, where he met Protect Minnesota’s Peterson and Sen. Amy Klobuchar, and saw U.S. Rep. Keith Ellison, whom he had met before. “It was awesome,” Jenkins said. He and Ellison discussed the possibility of an internship in the congressman’s office, but Jenkins said he needed to focus on finding a job to support his five-year-old son.

When asked what single policy he would put in place to curtail gun violence if he had the power, Jenkins offered a succinct response: “Mental health.”

“People would have to have mental stability to own or purchase a gun.”

‘I’m not trying to keep guns away from people.’

Diane Sellgren, 59, of St. Louis Park, said she didn’t know her second husband was mentally ill and suffered from depression when she married him in 1979.

The first time, in 1983, she was worried about her husband’s state of mind — and her children’s safety — so she gave her husband’s gun to her father-in-law. Enraged, her husband simply bought another gun.

The second time occurred the following year, in 1984, when Sellgren called the police due to her husband’s depression. Against his will, her husband was hospitalized by law-enforcement officials, who also took his gun, she said. But he was allowed to leave the hospital within 72 hours and regained his firearm, Sellgren said.

“Back then, domestic violence, mental illness, suicide – those were things that were not discussed. That was something you stuck under the rug,” Sellgren said.

She put up with his verbal and emotional abuse for six more years, until one day in 1985 when he pointed a gun at her head. “I don’t know where I got the strength or why he decided not to take me with him, but I took my four children and went to a neighbor’s house. When my neighbor and I returned several hours later, we found he had committed suicide.”

Sellgren’s voice becomes urgent and emphatic when the conversation turns to keeping guns away from those who need psychiatric care. “People with mental illness and severe depression should not be allowed to purchase a gun… maybe never,” she said. “These are the people doing the mass shootings.”

And committing suicide. In 2011, Sellgren’s 31-year-old daughter, Angela Frankenberry, was able to pass a background check and purchase a gun, despite many weeks-long hospitalizations for mental illness and severe depression. Sellgren said Frankenberry was so out of sorts at the time that she had abandoned her 11-year-old daughter and was sleeping in her car in a gas-station parking lot. 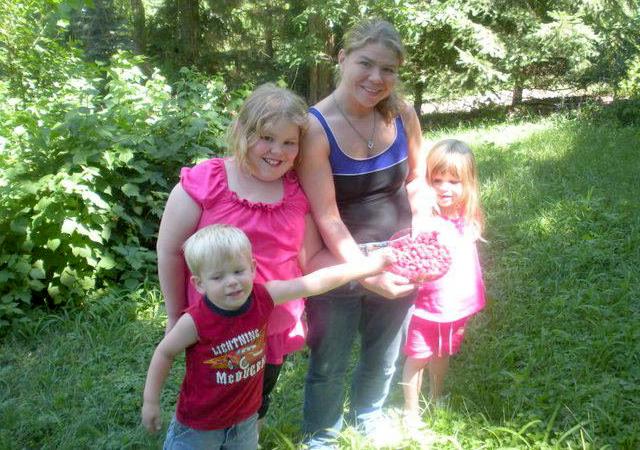 Courtesy of Diane Sellgren
Angela Frankenberry, second from the right, in a family photo.

Minnesota law prohibits possession of firearms by those a judge determines is mentally ill, though those people may appeal that ruling. But in Frankenberry’s case, the doctor visits, the medications, the hospitalizations – none of it showed up on the background check, Sellgren said. On July 5, 2011, Frankenberry checked into a hotel, put a gun in her mouth and ended her life.

In February 2013, she testified during state legislative hearings on a bill that would set up voluntary registration for those with mental illness. The bill failed to get out of committee.

Sellgren recalled how one man pleaded, “’Please don’t make me choose between my gun and getting help.’”

“I’m not trying to keep guns away from people who should be allowed to have them,” she said. “I want sensible gun laws. In Minnesota, if you have epilepsy, you can’t drive until you’re seizure-free for six months. I don’t see how what I’m advocating with guns violates civil rights any more than that law.”

‘This is not a Republican or Democratic issue.’

Other advocates, though, believe that comprehensive-background checks are key to reducing gun violence. “A background check for every gun, I think, will have biggest impact on saving lives,” said Colin Goddard, 28.

Under Minnesota law, police or sheriff personnel conduct background checks on those who apply for a permit to buy a gun. Under federal law, licensed firearms dealers check a national database to ensure the potential buyer is not prohibited from buying a gun.

But anti-gun violence activists say buyers and sellers of firearms consistently avoid background checks via gun shows and on the Internet. Federal law does not require private individuals to conduct a background check of buyers. And websites exist where sellers do not conduct background checks.

Goddard suffered gunshot injuries to his left knee, left hip, right hip and right shoulder during the 2007 Virginia Tech attack in which a single gunman killed 32 people, the deadliest mass shooting of its kind since 1965. 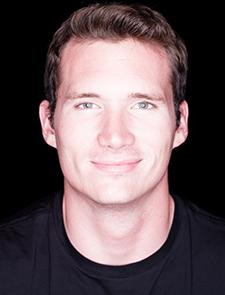 “This is not a Republican or Democratic issue,” said Goddard, who works on the state legislative team for Every Town for Gun Safety, a nonprofit organization in Washington, D.C., that seeks to end gun violence. “We hope to have a working relationship with both parties.”

After the Virginia Tech shootings, Goddard said his immediate priority was to get out of the area – to get away from the issue of gun violence.

So he got an internship in Madagascar, where “I was just some dude with a cane,” Goddard said. “No one knew me. Virginia Tech meant nothing to people there, yet it was the biggest deal for me. It put things in perspective.”

A combination of events led him to enter the gun debate, Goddard said. Among them was learning that the Virginia-Tech gunman was legally prohibited from owning a gun due to his history of being mental-illness. But because he was designated a mental-health outpatient, the gunman’s files did not appear in the background check, Goddard said. “Something as simple as a file transfer could have altered the series of events (that led to the massacre),” he said.

Another event was the April 2009 mass shooting at an immigration center in Binghamton, New York, during which 14 people died. After that, said Goddard, “I thought, I gotta figure out if there’s a place for me in this.” So he called up the Brady Campaign to Prevent Gun Violence and got an internship.

“This is the issue of our time,” Goddard said of comprehensive background checks. “It’s only a matter of time. We have public opinion on our side.”

What gun victims would do about gun violence