Welcome to the 2014 Minnesota primary election. On Tuesday, one race will allow Democratic voters to pick between a 42-year incumbent or elect the first Somali-American legislator in the nation. In another, suburban Republican voters have a chance to show if they supported a local legislator’s move to back legalization of gay marriage. And then there’s the governor’s race: Republicans are facing the first competitive primary race for governor in two decades, and there’s a legitimate path to victory for each of the four candidates competing. And while the whole thing is expected to be a rather sleepy affair — the Secretary of State’s office is only predicting between 10 to 15 percent turnout — there are still a handful of key races worth watching. Here they are:

Why it’s worth watching: The 2014 Republican gubernatorial primary is more like a great experiment — there hasn’t been a competitive race among Republicans for major office in more than two decades. That’s why you’d be hard-pressed to find even the most savvy political pundits willing to stake their name on a prediction. Though four people will be on the ballot who hope to take on Gov. Mark Dayton in November — Orono businessman and political newcomer Scott Honour, Hennepin County Commissioner Jeff Johnson, former House Speaker Kurt Zellers and former House Minority Leader Marty Seifert — not one among them is very well known among Minnesotans. The best guesses give Johnson an edge, as he carries Republican Party endorsement, which means he can use the party’s voter lists and infrastructure to help get out the vote. And yet, the party is still crawling out of debt from the last governor’s race and can’t offer financial backing it once used to. Johnson is also lagging in the money race behind candidates like Honour, who has so far lent his own campaign nearly $1 million. Zellers and Seifert are casting themselves as archetypical Minnesotans — the former being a suburban middle-class dad and the latter a rural, small-town conservative — with the political experience to back up their ambitions. 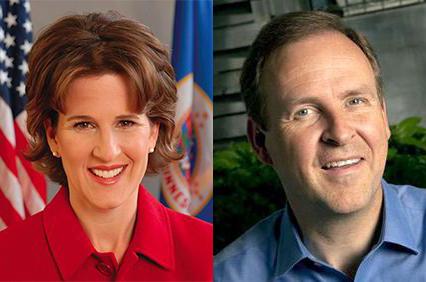 Why it’s worth watching: The contentious primary for the state auditor’s office wins the “Stealthiest Race of the Year” award. Until 15 minutes before the campaign filing deadline this spring, no one knew there was even a competition for the relatively obscure statewide office. That’s when former House Minority Leader Matt Entenza filed his paperwork to take on two-term incumbent State Auditor Rebecca Otto. Since then, Democrats have been bombarded with television ads and a litany of candidate pamphlets in their mailboxes. The DFL Party has been backing Otto with a fervor, probably because Entenza has irked leaders for past actions, including commissioning negative research against former DFL Attorney General Mike Hatch back in 2006. He also ran in the 2010 primary for governor, and many think he’s running against Otto as a way to position himself to run for a different statewide office in a few years. Entenza, however, is wielding a sizable bank account — he’s dropped more than $600,000 on his own campaign so far — and boasts endorsements from the likes of 5th District Rep. Keith Ellison. Almost anything can happen in a low turnout primary, and Entenza is capitalizing on the fact that Otto angered DFL Iron Rangers last fall when she voted against a handful of mining leases in northeastern Minnesota.

Why it’s worth watching: No, Mike McFadden isn’t the only person running against DFL U.S. Sen. Al Franken. It might seem that way with the Republican Party behind him, nearly $4 million raised and slick ads airing on television. But McFadden is actually facing four challengers in the Tuesday primary, including 16-year House veteran Rep. Jim Abeler. Until recently, Abeler was mostly ignored by political pundits, but he has picked up the backing of former Republican Gov. Al Quie and former U.S. Sen. Dave Durenberger. The Star Tribune also recently endorsed him over McFadden in the primary. McFadden is still the favorite to win the race, but he’ll first have to get past Abeler, along with lesser-funded candidates Patrick Munro of Princeton, David Carlson of Woodbury and Ole Savior of Minneapolis. 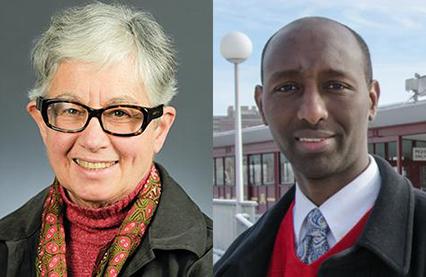 Why it’s worth watching: On the surface, it doesn’t make a lot of sense why a 42-year accomplished incumbent legislator like DFL Rep. Phyllis Kahn would be sweating to secure another term in a solidly blue district. But she’s facing a formidable challenge in Somali activist and Minneapolis School Board Member Mohamud Noor, who has rallied the district’s East African community mostly in his corner. In a low-turnout August primary, a strong and active constituency can make all the difference. Kahn isn’t taking the challenge lying down, though. She has rallied her own team of support, including first-term City Council member Abdi Warsame, who has brought with him some of his own supporters from the Somali community. So far early voting has been the name of the game — more than 1,300 early votes have already been cast in the race, and with both campaigns predicting turnout of 3,000 or so, that could make up a sizable chunk of the total votes. 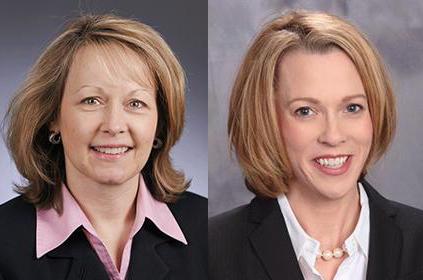 Why it’s worth watching: The expensive race for a single state House seat representing Eden Prairie has become the latest battleground for supporters and opponents of gay marriage in Minnesota. The incumbent, Republican Rep. Jenifer Loon, broke with her party and helped legalize gay marriage in the state last spring, and now she’s facing a challenge from Republican activist and former supporter Sheila Kihne. Outside money is rushing into the district for Kihne from conservative groups like the Minnesota Family Council and the Freedom Club, while gay-marriage supporters from around the nation have spent money defending Loon. Both sides want to make an example of the race — gay marriage opponents want to show that retribution is swift for supporting such measures, while advocates want legislators considering gay marriage proposals around nation to know that those who support their cause will get support in return. It’s unclear where the voters in the district will lean, however. They rejected a ban on gay marriage in 2012 with about 60 percent of the vote, but low turnout primary elections are hard to predict.