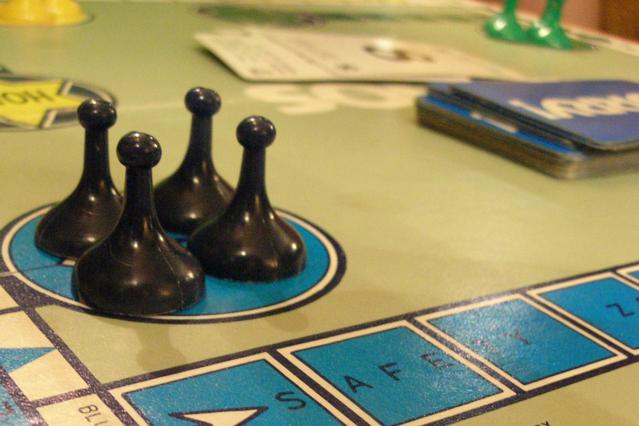 It may be time for a re-release of that old hit, “Who’s Sorry Now.”

Minnesota politicians, left and right, are demanding apologies in this sorry campaign season. Contemporary social media — where all things become public and nothing is forgotten — likely is responsible for this situation, which leaves voters wondering, “who’s the sorriest candidate of ’em all?”

At an event Monday morning, Republicans blasted Franken for a 2012 incident during which he walked around at a political event holding small traffic cones to his chest as if they were breasts. This un-senatorial display was, not surprisingly, video-taped. Given his history of sexist “satire” that he wrote for Saturday Night Live, Franken’s cone act, no matter the context, was just what the GOP needed.

The Republicans needed the ammunition because Jim Hagedorn, the party’s candidate in the First Congressional District, running against incumbent Tim Walz, had been forced to issue an apology of his own. Hagedorn had written some very un-politic things about women, gays, Native Americans, Supreme Court justices and President Obama on his now-closed blog, “Mr Conservative,” writings that initially came to light through the reporting of Bluestem Prairie, a progressive site covering all things greater Minnesota.

Among other things, Hagedorn had written that U.S. Senators Maria Cantwell and Patty Murray were “undeserving bimbos in tennis shoes.”

To make matters worse, Hagedorn initially refused to apologize for some of his writings.

The refusal to simply say “I’m sorry” made Hagedorn a nice big target for the DFL’s Martin. “He’s unfit for office,” Martin was quoted as saying at one point.

Over the weekend, Hagedorn, on his Facebook page, offered up something that hinted at apology. “These same politically correct liberals remain undeterred by the offensive writings authored in the past by Al Franken. In spite of this hypocrisy, I do acknowledge that some of my hard-hitting, tongue-in-cheek commentary was less than artfully constructed or included language that could hurt feelings. I offer a sincere apology.”

Though the Franken-with-cones video has been available to the GOP for some time, Downey said it was brought out now because of the attacks by Martin. “He was very quick to call out Hagendorn, but he’s not called out Franken,” Downey said. “That is the height of hypocrisy.”

The Republicans looked properly somber as they attacked Franken’s “offensive behavior.” Scott noted that, yes, Franken had apologized for some of his Saturday Night Live skits, “but there’s no record of him apologizing for this event two years ago.” O’Neill spoke of Franken’s “pattern of debasing women.”

All these demands for apologies are making the 2014 campaign season sound more like a grade-school playground than a political contest. The key question is whether voters pay any attention to the apologies — or even the offending behavior.

“I think it matters to women,” said Scott. “Everyone is claiming to be looking for the women’s vote. … Well, what is good for the goose is good for the gander. Look, if John Kline had done such a gesture [with cones], do you think it would have gone unnoticed?  We want to look at the double standard here.”

It is worth recalling that Franken had to repeatedly apologize for some of his Saturday Night Live skits prior to winning DFL endorsement for the Senate six years ago. The key moment for Franken at the endorsing convention was when he apologized to the DFL’s Feminist Caucus and later was okayed by leadership of that caucus.

Since his election, Franken, in most public appearances, has worked hard at being a dull, hard-working pol. And as of early Monday afternoon, no apologies had been forthcoming from either Franken or the DFL offices.

While we wait for the next apology, or the next demand for an apology, a thought: Given pols live in glass houses, perhaps they shouldn’t throw stones.