This story was published by The Center for Public Integrity, a nonprofit, nonpartisan investigative news organization in Washington, D.C.

When Minnesota retiree Doug Morphew needed surgery last year, he expected his Humana Medicare Advantage plan to step up and pay the lion’s share of the bill.

Morphew said the health plan had told him over the phone he would owe just $450 for the two days he spent in a St. Paul hospital recovering from the operation to repair an aortic aneurysm.

Less than a month later, however, Humana hit him with a bill for $6,461.66, claiming the surgery was not covered because the hospital was “out of network,” according to an affidavit he filed with the Minnesota Attorney General’s Office last year.

“Considering that I was expecting a bill of $450, I was incredibly upset,” said Morphew, 68, who lives in Lonsdale, Minnesota, and works part time as a transportation industry consultant.

“I am insulted by Humana’s runaround. It seems as though Humana is denying my claims hoping that I will give up and pay the out-of-network bills,” he said in the sworn statement.

Humana paid ‘after months of fighting’

In an interview with the Center for Public Integrity, Morphew said that Humana paid the bill, but only after “several months of fighting” with him, and after he complained to state regulators.

“It was a nightmare,” he said. 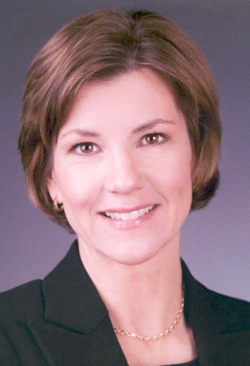 The letter sparked some media coverage in the state. But nearly a year later, Swanson is not satisfied with the response.

“As far as I’m aware, there has been no formal enforcement action taken,” said Minnesota attorney general’s office spokesman Benjamin Wogsland. “We have very serious concerns that continue,” he said.

Citing patient confidentiality laws, Humana spokesman Tom Noland declined to comment on specific cases. But he said that Humana “has worked actively with CMS to resolve the matters outlined in the letter.” CMS said it is satisfied that Humana has largely fixed any problems.

Medicare pays the privately run health plans — an alternative to traditional Medicare — a set monthly rate for each patient. About 16 million Americans have signed up at an annual cost to taxpayers of more than $160 billion, about one third of the elderly and disabled people eligible for Medicare.

A Center for Public Integrity investigation published in June found as much as $70 billion of improper payments to Medicare Advantage plans from 2008 through last year.

Many health plans also collect monthly fees directly from patients and may charge co-payments for medical services, such as $10 for a doctor’s office visit. The plans also can limit care to doctors and hospitals in their networks, so long as patients are advised of these restrictions.

Humana has pitched its plans in Minnesota through radio and television ads, telemarketing and the mail. It also has set up booths at some retail stores, such as Walmart, and sends sales agents to people’s homes — typically telling seniors it offers more benefits than standard Medicare and will cost them less out of pocket.

But Humana “sometimes denies claims for services that are covered under original Medicare,” overcharges for copayments, “misrepresents” which doctors and hospitals patients can go to and hides behind “red tape and delay” to avoid paying claims, according to Swanson’s letter.

Minnesota officials don’t believe CMS should have a “monopoly” on oversight. “We think states should have authority over improper determinations by Medicare Advantage plans,” Wogsland said. “If they (CMS officials) don’t take action, there’s no other remedy.”

Other state officials also have been frustrated by the limits on their authority. In October, Connecticut Attorney General George Jepsen called for federal officials to “aggressively scrutinize” UnitedHealthcare’s decision to drop a large number of doctors from its Medicare Advantage plans, a move that had caused an uproar from patients and medical groups.

“As you know, my office lacks the authority to resolve these important issues regarding a federally administered program,” Jepson wrote.

CMS has its own difficulties

Medicare regulations state that CMS can inspect “or otherwise evaluate the quality, appropriateness and timeliness of services” offered by Medicare Advantage plans.

But the agency has reported its own difficulties keeping tabs on the fast-growing program.

In a little noticed proposal in March, CMS officials said they were “constrained in the number of program audits we can conduct each year, due to limited resources.” The agency is only able to audit about 30 Medicare Advantage companies a year — about one in 10 — of the 300 operating.

CMS proposed that health plans conduct and pay for self-audits with the goal that each organization would be looked over at least every three years. But in May CMS backed off in the face of industry protests.

“Ensuring that Medicare beneficiaries receive high quality care and timely services while enrolled in a Medicare Advantage plan is a top priority for CMS,” an agency spokesman wrote in an email. He said the agency “may finalize this proposal at a future date.”

Some consumer advocates worry that the agency yielded to pressure from industry to back away from the proposal to increase audits — at least for now.

‘Disappointed to see it rolled back’

“We were disappointed to see it rolled back,” said David Lipschutz, a senior policy attorney with the Center for Medicare Advocacy. He said the proposal “begged the question” of how often plans are audited.

“We have concerns across the board,” Lipschutz said. “It’s unfortunate that we have public dollars going toward a privatized program with relatively little oversight.”

CMS officials point out that they have taken enforcement action against health plans that fail to pay bills or provide necessary care for their patients.

The agency posts these actions on its website, though patients aren’t likely to spot them without considerable hunting around. Even if they do, the sanctions often are written in language that gives little clue to the actual infractions other than they pose a “serious threat to the health and safety” of patients.

From November of 2009 to August of this year, the agency levied 68 fines against Medicare Advantage plans for a total of about $9.8 million, a review of the CMS website shows.

In that time, CMS terminated four health plans, two of them because they had become insolvent. On 21 occasions, CMS suspended enrollment in health plans, usually after discovering that sales agents misrepresented the benefits to potential customers.

In the case of Humana’s performance in Minnesota, CMS officials said they had “not seen increases in complaints or other concerns” since receiving Swanson’s letter.

They said Humana “appears to have made significant progress addressing these issues, and we have been satisfied with Humana’s responses to date.”

Humana has “taken a number of other steps to improve their customer service and address issues that surfaced,” CMS said.

But Minnesota official Wogsland called it “disappointing” that CMS had taken no formal action. His office continues to get complaints from patients, hospitals and other health care providers about unpaid bills. “That’s a problem,” he said.

He noted that some seniors in Minnesota have told regulators they were threatened with bills they could not afford, despite making every effort to play by the company’s rules.

Darlene Tucker, 75, of Bloomington, who said she got by on monthly Social Security income of $1,271, is one.

In an affidavit, she said the Humana agent sold her a plan that was supposed pay the full cost of radiation therapy for breast cancer. But she said she was stuck with co-payments of $994.22, which she couldn’t afford.

The health plan never did pay, according to her affidavit. The center that performed the radiation treatments eventually wrote off the bill.

“My fight with cancer was enough for me to deal with at the time. I do not think I should have had to fight Humana for insurance coverage it promised to provide,” she said.

Republished with permission from The Center for Public Integrity. For more stories in the center’s series on Medicare, go here.