It was a night that mostly favored incumbents, even if many political pundits were still guessing at the last minute as to who would come out on top in a handful of competitive races. The wild card ahead of the primary election was an expected low turnout, which proved to be the case: Less than 10 percent of registered voters in Minnesota showed up to the polls, according to early estimates from the Secretary of State.

But the usual suspects will be moving on to the general election, including Republican-endorsed candidates for statewide office. In one of the most-watched races of the night, GOP-endorsed candidate Jeff Johnson, a former state legislator and current Hennepin County commissioner, prevailed in a four-way contest to take on Gov. Mark Dayton next fall with about 30 percent of the vote.

The support of the party helped him beat out two candidates with broader name recognition in the state — former House Speaker Kurt Zellers and former House Minority Leader Marty Seifert, who ran for governor in 2010 — as well as Orono businessman Scott Honour, who had loaned himself and raised about $1.8 million to back his campaign.

All four candidates are now pledging to turn their attention on beating Dayton in November. They’ll need to work together. Despite facing competitive races on the GOP side, the DFL races for governor and U.S. Senate turned out more voters on primary night.

On the U.S. Senate side, the GOP’s primary race was decided easily and quickly — as expected. Businessman Mike McFadden secured the GOP’s nomination to challenge Democratic Sen. Al Franken with more than 70 percent of the vote, topping a handful of rivals that included state Rep. Jim Abeler.

McFadden had long been considered the favorite on the Republican side. GOP Chairman Keith Downey made a presumptively early stop at McFadden’s election night party at O’Gara’s Bar in St. Paul. “Tonight, Mike McFadden had an impressive win in the primary because he’s the best man to beat Al Franken,” Downey said. “On Nov. 4, Mike McFadden is going to beat Al Franken because he is the best man for Minnesota.” 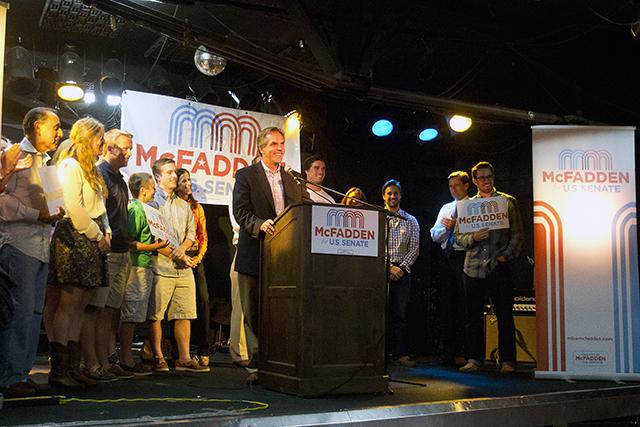 McFadden had always intended on running in a primary. But since dispatching his top rivals by winning the GOP’s endorsement in a two-day, 10-ballot convention battle in May, McFadden has ignored his Republican challengers and focused his attention on Franken, who didn’t have a serious primary challenger.

“We can see our greatest days ahead of us,” McFadden said. “And it starts with new leadership in Washington, it starts with replacing Sen. Franken in November.”

The DFL Party had only one major primary on its hands Tuesday — and it turned out to be far less competitive than most anticipated. State Auditor Rebecca Otto easily survived a primary challenge from former House Minority Leader Matt Entenza, whose last-minute entrance into the race puzzled Democrats and won him no favors in the competition. 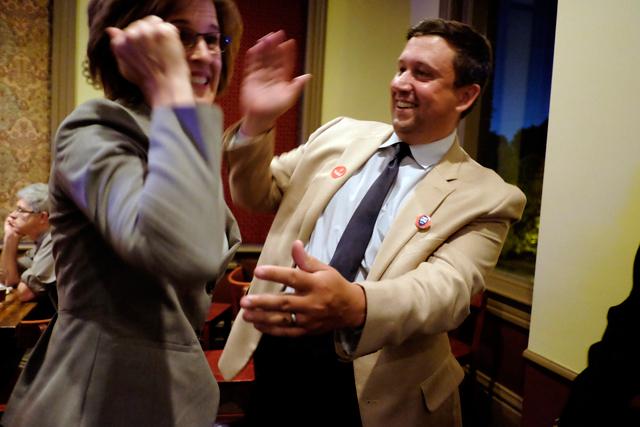 Despite a flurry of paid advertising in the final weeks from Entenza, Otto beat him with whopping 81 percent of the vote. “We had obviously hoped for a better result, but a dramatically low turnout made it difficult to overcome the advantages of an incumbent candidate,” Entenza said in a statement Tuesday night. “Auditor Otto will face Randy Gilbert in November and will do a good job of representing the DFL ticket. I wholeheartedly endorse her re-election.”

Entenza has run in primaries against Democrats before, and many said he saw the auditor position as a possible launching pad to run for either governor or attorney general in 2018. But DFL leaders have privately mused that the hard-feelings fostered in this primary will squash his chances of gaining support in any future races.

In Minneapolis, a state House race that had been marred by controversy from the start ended in a harmonious whimper. Somali activist and Minneapolis School Board member Mohamud Noor gave 42-year incumbent Phyllis Kahn a serious primary challenge, mainly because of his ability to rally the district’s Somali community. A February precinct caucus in the race ended abruptly after violence broke out, and the campaign was marked by allegations of bullying, threats and voter fraud. 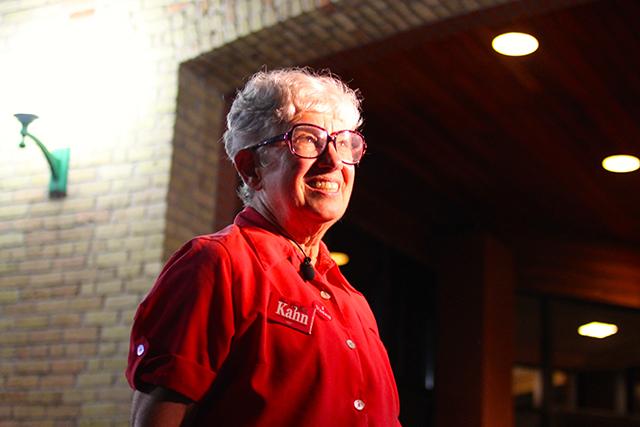 MinnPost photo by Briana Bierschbach
Rep. Phyllis Kahn dominated 9 out of 12 precincts in her race and won with about 54 percent of the vote.

Noor managed to block Kahn from securing the DFL endorsement in the race earlier this year, but it wasn’t enough to win the primary in a diverse district that includes precincts in Cedar-Riverside, Prospect Park and around the University of Minnesota campus. In the end, Kahn dominated 9 out of 12 precincts in the race and won with about 54 percent of the vote.

Incumbent Republican Rep. Jenifer Loon put a target on her back for activist Sheila Kihne when she became one of five Republicans in the Legislature to break from her party and vote in favor of legalizing gay marriage in 2013. Kihne, a former supporter of Loon’s, said the vote was a flip-flop and a betrayal, so she helped block Loon from earning the party’s endorsement and launched a campaign for her seat.

But Tuesday, Loon easily defeated Kihne with more than 60 percent of the vote.

The race drew attention and money from outside of the district on both sides of the issue. In the end, Loon said she won because she’s built a record and reputation with voters in the district over the last six years, but she acknowledged gay marriage was an issue for some voters.

“For some voters I think it was,” Loon said. “I certainly had a number of conversations with folks at their doors.”