Rebecca Otto may be the huggiest auditor in the land.

And pretty quickly Tuesday night it became apparent there were abundant reasons for joyful hugging. Not only did the DFL’s incumbent state auditor easily win, she likely ended all future political hopes and dreams of her primary opponent, Matt Entenza.

It looks as if few will mourn the political passing of Entenza, who spent lavishly and got almost nothing in return. Entenza, who also had spent lavishly and lost mightily in a DFL gubernatorial primary four years ago, received only about 16 percent of the vote after spending upwards of $700,000 on this race. Otto plans to spend no more than $400,000 total for both the primary and the general election.

She will be opposed by Republican Randy Gilbert, who was unopposed in the GOP primary, in November.

In announcing that Entenza had called and conceded the race within 90 minutes of the polls closing, Otto made little effort to offer solace to her battered opponent. “This race came down to love versus money,” Otto told a surprisingly large crowd at her election-night party at Sweeney’s Saloon in St. Paul. “As Democrats, we all came together and showed that love still trumps money.”

The crowd cheered and Otto, at times tearing up, was hugging people left and right.

Entenza didn’t exactly throw bouquets toward Otto. After watching the early returns from his home, Entenza offered a brief concession statement. “We had obviously hoped for a better result but a dramatically low turnout made it difficult to overcome the advantage of an incumbent candidate,” Entenza said.

That is a huge understatement. Entenza spent and spent and for his effort, got about 34,000 votes.

How pathetic is that total? Compare Entenza’s performance to that of perennial candidate Dick Franson, who’s been losing races in Minnesota for nearly a half century. Franson was running this cycle in the DFL primary for secretary of state. As usual, he was crushed. But Franson received about 9,000 more votes than Entenza.

But Entenza didn’t just get crushed, he also managed to enrage DFLers for jumping into the race as a late entry. 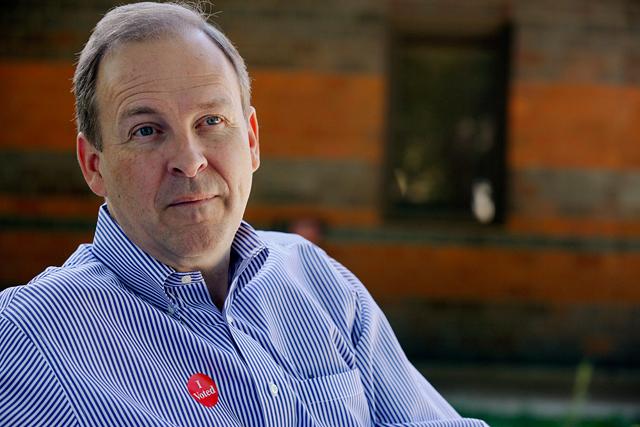 MinnPost photo by Terry Gydesen
Entenza: “The idea people are mad at me is ludicrous.”

But Ken Martin, the DFL’s party chairman, said Tuesday night there was a huge difference between the run against Kelliher and Entenza’s run against Otto.

“In 2010, it was an open seat,” Martin said. “They weren’t taking on a respected incumbent. There is just no comparison.”

Entenza’s late-entry into the race cost Otto time and money. On the other hand, the overwhelming size of her victory shows she’s a powerful force in Minnesota politics.

This was, after all, a down-ticket race — state auditor, for heaven’s sake. But Otto’s celebration Tuesday night was filled with a huge cross section of Minnesotans. There were Somalis and Hmong. There were young and old. And in the midst of it all there was the winner, hugging and posing for selfies with supporters.

Ed Gross, who has been running voting analytics for DFL politicians back to the days of Paul Wellstone, said electoral power now rests in Minnesota with suburban women. Otto, he said, is the perfect candidate for that demographic.

GOP will attack on mining and MNsure

She is supposed to have one big weakness, in mining country in northern Minnesota. As a member of the state’s executive council she voted against approval of some mining leases, and the GOP’s Gilbert wasted no time in attacking Otto on the issue. He also is attacking over her “refusal to expose the inexcusable fleecing of county and city taxpayers for the Vikings’  stadium.” He also will attack her on MNsure.

But mining would seem to be the big deal here. Martin admits that Otto “has work to do” in the Eighth District, which traditionally has been DFL country. “But I think they’ll come home to the DFL,” said Martin, indicating that the party will invest considerable energy in pointing out that Republicans typically have not been supportive of things near and dear to Rangers. (Example: Rangers will be reminded from now to November of comments made by GOP Senate candidate Mike McFadden that he would use “Chinese steel” for the proposed Keystone pipeline project.)

Late in her thank-you address to her supporters, Otto suggested that perhaps Entenza helped create something special.

“My opponent tried to buy an election, but he couldn’t do it because of all of you,” she said.