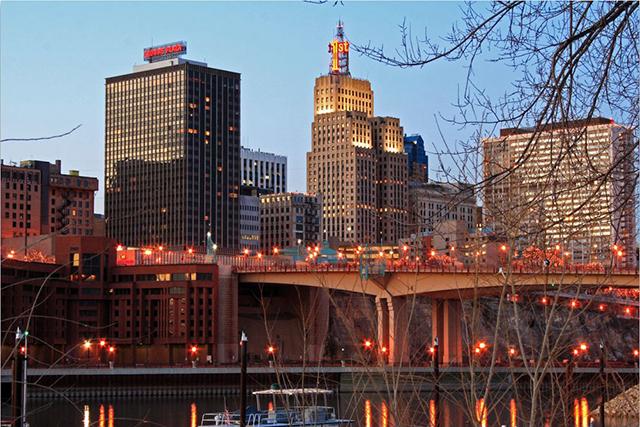 CC/Flickr/Teresa Boardman
St. Paul’s general fund budget would be $250 million, up 1.2 percent from the current year.

That’s why he chose to hike the city’s property tax levy 2.4 percent over deeper budget cuts, along with introducing few new initiatives such as paid paternal leave for city employees and additional money toward street repairs.

The general fund budget would be $250 million, up 1.2 percent from the current year. The city council now begins its budget process that culminates Dec. 10 with adoption of the budget.

MinnPost sat down with Coleman in his city hall office after the address.

MinnPost: You conducted a series of coffee sessions with residents. What did you learn from those and how are they reflected in your budget?

Chris Coleman: The three takeaways from those sessions were this real desire to continue the momentum that we’ve built in the city. People are very excited about what is going on in the city. Even the folks who are unhappy about certain things overall are very satisfied with the direction the city is headed. They want to see continued progress on that, whether it’s the festivals downtown or the new activity happening on the east side or any of these things people are excited about.

The second thing is the condition of the roads. It’s still fresh in people’s minds what we went through this past winter and spring and they want to have something happen on that.

And the third thing, really, is this inversion in how city services are being paid for. It used to be that (state) Local Government Aid was the largest percentage of the general fund and property taxes were a much-smaller piece of it. Now those numbers are inverted, and property taxes are the bulk of it. Even folks that like investment by government and all these things are still worried about the increases in property taxes.

MP: What was the hardest decision you had to make? Something you’d hoped to do but weren’t able to.

CC: My hope was to get to zero percent increase in the levy. That is what I set out to do. But it just got to the point where we had taken every cut that we could take. We looked at every source that we could look at. At some point you have to decide, ‘Is it worth laying off police officers or fire fighters or closing more libraries or parks?’ At some point we had to balance that out. The decision to increase the levy rate by 2.4 percent was not taken lightly.

MP: St. Paul has designated its worst roads as the ‘Terrible 20.’ You have a plan to start addressing that, but you also said there needs to be a different way of funding streets. Can you describe what your thinking is on that?

CC: First of all, the resources we put in already — the $2.5 million that we freed up from other sources — will take care of 11 of the Terrible 20. And then the plan I put forth today, by the end of 2015 we’ll have taken care of the other nine. … But the two pieces of it are: We’ve had a large chunk of money going in to street reconstruction — $12.5 million of bonds that were paying for that program — but that was all going to residential street reconstruction. It’s a popular program, people like having their streets redone, it is important that we continue to do that. But we didn’t have an equivalent program for the arterial streets where the bulk of the traffic is and where the bulk of the potholes are.

So by expanding the eligible streets in the Residential Streets Vitality Program and have it just be a St. Paul Street Vitality Program allows us to do arterials. We also have a $2 million infusion for next year so we’ll be able to put $14.5 million into streets but $10 million of that will be for arterials and $4.5 million will be for residential. 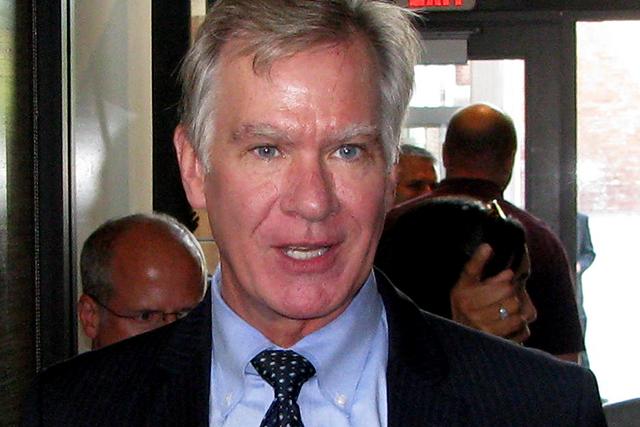 MinnPost photo by Peter Callaghan
Coleman: “At some point you have to decide, ‘Is it worth laying off police officers or fire fighters or closing more libraries or parks?’ At some point we had to balance that out. The decision to increase the levy rate by 2.4 percent was not taken lightly.”

The second piece is coming up with a statewide mechanism. A few years ago, when they last did a transportation bill in the Legislature, there was money that was put aside for county aid — roads. But 84 percent of the roads in the state are paid for solely with property tax and special  assessments. There’s just no way for communities to build their way out of it without state support. So that’s why this committee that I’ve formed with the mayor of Nicollet, Fred Froehlich, will lead with 21 other mayors. Hopefully what we’ll have is a proposal for a statewide funding mechanism to support arterial streets in cities in the state of Minnesota.

MP: Your budget also debuted a new policy direction of offering paid paternal leave to employees. But you also seemed to connect it to your hope of making the city more attractive to millennials. How are those two connected?

CC: I think St. Paul IS more attractive to millennials. We have a huge increase of young folks moving in to St. Paul, in particularly the downtown neighborhood. Lowertown is one of the top 10 hottest neighborhoods in the country. And so we’re doing a good job of attracting those folks. What I’d like to see is some of those making the decision to work in public service, and specifically for the city of St. Paul.

So one of the things young families starting are gonna look at is, ‘If I have a child, will I have paternity or maternity leave, and be paid.’ So this is a small piece of it. It’s not anywhere near what the Googles of the world or other major corporations do, but it’s a start and it makes it easier for folks to choose public service.

MP: The council this morning had a briefing from a Ramsey County property tax official briefing them on the property tax. [Chris Samuels] warned that high-value-growth areas will see sizeable property tax increases and he also spoke of a continuing shift in tax burden from commercial /industrial to residential. Is that just a fact of life or is there a policy choice — either here or at the state level — that can address those kinds of strange occurrences?

CC: To me what that speaks to is why statewide support for cities is so critical because the range of options for the state, in terms of how they generate revenue, is a lot bigger than it is for cities. There are very few places I can go to raise revenue for the city on my own, and one is the property tax. So you have people on fixed income that all of a sudden see a spike in their property tax. You see valuations fluctuate. You see the commercial/industrial rate versus the residential rate shift.

Not only is it a complex system to try to explain, but it really can put a lot of burdens on folks. I think the best thing we can do is more-fully restore Local Government Aid. Gov. Dayton and the Legislature did that last year but it was a one-time infusion. We have a long ways to climb out of the hole we were given in 2003 when the former governor cut Local Government Aid.

MP: Why did you select the Schmidt Brewery as your venue?

CC: For a lot of reasons. For one, I think it’s the coolest new developments I’ve seen. That space up on the top of the building — the common room — has one of the most-spectacular views of the city of St. Paul. You really can get a sense of both the growth of the city, the vibrancy of it, but also the natural environment that we live in. You can see the river, how green everything is. You see the Capital and the cathedral and the downtown skyline. So just visually I think it’s stunning. It reminds us of the past and the great history of the city of St. Paul, the people that built the city. It acknowledges the new things that are happening in the city with artists moving in and vitality in neighborhoods that haven’t seen a lot of investment over the years. And it just speaks to our obligation to future generations to continue to build and maintain a great city.

CC: I’ve got to try Tuj Lub. I’ve been promised that I will be taught how to play Tuj Lub once we get the court up and running.

MP: And that is funded in your budget?

CC: Charles Vue is one of the most-respected members of the community, not just the Hmong community but all of St. Paul, just a great guy who doesn’t ask for much but has said repeatedly he would like to see a Tuj Lub court because that’s an important game for Hmong culture. When I realized we could get a court built for $30,000, that’s the least we can do to have the multi-cultural vibrancy that we have in this city.