Did you know that Minnesota Gov. Mark Dayton writes for Buzzfeed?

The Democratic governor’s first post on the popular listicle site (sample article: “21 Adorable Turtles Who Cannot Win”) was “26 More Reasons To Love Minnesota.” Number five on the list was the fact that a guy also named Mark Dayton signed the bill to legalize same-sex marriage in 2013.

That was followed up with “9 Thoughts That Go Through Your Mind At The Minnesota State Fair,” which mostly consisted of jokes about being hungry, though it ended with a call for volunteers for the governor’s re-election campaign.

Like most of Buzzfeed’s clickable content, the lists were designed to be widely shared across social networking sites, usually by Minnesotans (or ex-Minnesotans) taking pride in their state. What many of those people might not know, however, is that Dayton’s post are part of the site’s Buzzfeed Community, “where anyone can post awesome lists and creations.”

In other words, anyone sharing one of those lists is essentially just broadcasting a Dayton campaign ad.

“It’s been really fun and we found it can reach an audience we don’t typically interact with,” Dayton campaign manager Katharine Tinucci said. “Our supporters will see our messages on Facebook, but the Buzzfeed posts have been able to reach a little bit farther.”

Politicians and political parties have spent the last decade adjusting to the Internet era of campaigning, but the arsenal of digital tools to try and reach voters—especially always elusive younger voters—is constantly evolving. Today, sites like Facebook and Twitter are used for everything from instantaneous messaging to organizing activists, even while the more digitally savvy candidates are trying to leverage widely-read pop culture sites like Buzzfeed to create viral content that offers a level exposure that was once unimaginable.

One tool party chairman Ken Martin has found especially useful is Facebook integration, which allows volunteers or supporters to map out the addresses of their friends on the site with similar political beliefs. That information is then fed right into the DFL Party’s voter files. It also lets candidates communicate directly with users to get people in targeted areas out to campaign events. 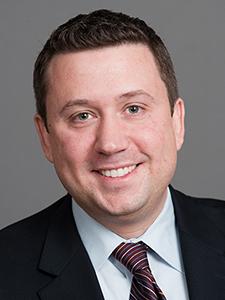 “We’ve found it’s the most effective organizing,” Martin said. “If I, Ken Martin, send you a message asking you to come out, that’s one thing. But if you get a message from a friend or a family member, it’s much more persuasive to get people to volunteer.”

They have also used a tool that tracks real-time updates to an opponent’s campaign website, Facebook, Twitter or other social media sites. The application immediately alerts the user if there’s been a change made to their opponents’ site, takes a screenshot and archives it. “Say you make a mistake or say something wrong and you delete it,” Martin said. “It’s too late, we already have it. It’s opposition research in real time.”

Republican Party of Minnesota Chairman Keith Downey acknowledges that his party has been slower to adapt to campaigning in the digital era. President Barack Obama’s campaign created a model for Democrats when it comes to harnessing such tools, but Republicans across the nation have only now started to integrate digital tactics as part of their every-day strategy. “I think the Republican Party has some catching up to do, and I believe we are making good strides at both the national and state level in doing that this year,” Downey said, listing off a half dozen media platforms they are using. (The party posted its own listicle on Buzzfeed promoting their state fair booth.)

So far, the one GOP candidate who has most effectively embraced digital tools is U.S. Senate candidate Mike McFadden. During his endorsement contest at the state Republican convention, McFadden’s team consulted with experts on a digital strategy that would effectively target the 2,000 or so delegates making the decision.

“We were very pleased with the results. When you win the endorsement after 10 ballots, it’s clear every little bit helps,” campaign spokesman Tom Erickson said. “Mike has been clear that he wants to push the envelope on digital strategy. In Minnesota, races tend to be very close and Mike wants to make sure we do everything we can across the board to win.”

Dangerous in the wrong hands

As powerful as social media can be, the sort of messages the platform demands—quick, pithy bursts of information—can also backfire in the wrong hands. “My cat’s nickname is Nanu Nanu. The world is lucky Robin Williams was able to share his genius with so many,” DFL staffer Ellen Anderson tweeted, to which Field’s responded, “How very 80’s. Want any economy like we had in the 80’s under Reagan… Vote @Jeff4Gov tomorrow in the primary.”

The backlash online was intense and immediate. Fields ultimately apologized and deleted the tweet, but not before it landed on dozens of news sites and blogs locally and nationally, garnering bad press for the Republican Party — the day before the primary election.

“All of us have been guilty of sending out a tweet we later regretted,” Martin said. “It’s so easy to snap off a tweet in 140 characters. It’s so easy to miss meaning and mischaracterize, and sometimes people just outright say something they shouldn’t.”

Gregg Peppin, spokesman for Republican gubernatorial candidate Jeff Johnson, said the campaign found Facebook and Twitter useful for targeting certain GOP voters in the quest to win the GOP endorsement and nomination for governor, and they are planning for a more robust strategy for the general election. But he says there are limits to what you can do on social media. 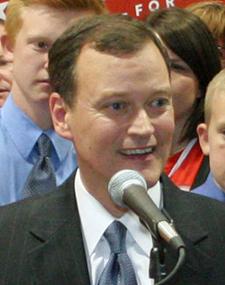 “You have to be able to differentiate from what’s feel good and what’s effective,” he said. “In many ways it’s an unknown. There are plenty of people who want to tell you that you will hit this demographic and that demographic if you are on social media,” he said. “It almost gets down to a subliminal hit rather than an overall effective message. It’s a rifle versus a shotgun.”

Even if a tweet or a statement goes viral, it’s just a short burst of publicity for a candidate. Tinucci points out that a recent photo from the Pioneer Press of the stone-faced governor getting dumped with a bucket of ice water for the ALS challenge was passed all over social media sites like Twitter and Facebook. That wasn’t the campaign’s doing — Dayton wanted to donate and raise awareness for the cause — but the extra publicity didn’t hurt.

But that won’t take over traditional forms of campaigning in a large state like Minnesota, where many rural and out state voters don’t sit online all day and still get most of their information via television ads.

“We’ve not reached a day and age where traditional forms of media and communications have been eliminated. We can’t just run an online media campaign. Facebook is not going to cut it, we are still going to run TV ads,” Tinucci said. “But are you going to get a chance to see those online and share them with your friends? Absolutely.”

How social media is changing political campaigns in Minnesota